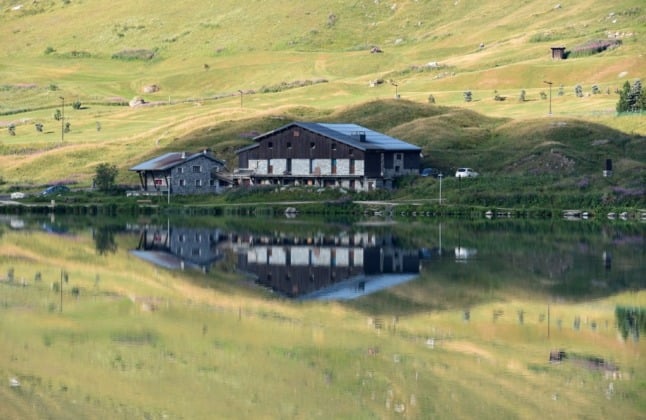 Property in France is often cheap to buy, but comes with hidden costs. Photo: Loic Venance/AFP

The French property market divides sharply into Paris and everywhere else. While the capital is one of the world’s most expensive cities to buy property in, in the rest of France, especially rural France, property can be surprisingly cheap.

But before you snap up a seeming bargain, there are some other costs to bear in mind.

On top of the cost of the place you are buying, you will also have to pay a notaire fee and this can run into several thousand euros. The name is a bit confusing because the notaire who is handling your sale only keeps a small portion of this, the rest goes to the state so it’s really a one-off property tax similar to stamp duty in the UK.

The cost is worked out as a percentage of the sale price, with different rates for old or new properties – find the fee calculator here.

People can and do buy homes without any professional help (although it is a legal requirement to use a notaire to register the sale) but the buying and selling system in France can be complicated and is likely to be different to what you are used to.

Using an agent or financial adviser can save you money in the long run by pointing out potential pitfalls and ensuring that you have completed all the required paperwork correctly.

Once you own your property you will need to pay annual taxes on it. There are three taxes that concern property owners: taxe foncière, taxe d’habitation and the contribution à l’audiovisuel public.

READ ALSO French tax calendar – which taxes are due and when?

Taxe foncière is paid by the owner of the property, it is calculated based on the value of the property but rates vary widely between different areas. Bills of €900 a year are not unusual.

Taxe d’habitation is paid by the occupier of the property, so if you own your own home you pay both taxe d’habitation and taxe foncière. Taxe d’habitation is in the process of being phased out, already lower earners don’t pay it and it will be gradually reduced over the next four years for higher earners. Second-home owners, however, will continue to pay it.

Contribution à l’audiovisuel public is the French TV licence, and most householders have to pay this, even if you never watch French TV. It’s currently €138 a year. There are some exemptions, however.

You may also get a bill from your local commune for services like waste collection.

Obviously, you will need to pay for utilities like gas and electricity and insurance for your property. Utility prices are set on a monthly basis by the government, so there are fewer options to shop around and get a better price, although there are some deals on tariffs that can save you money.

If your new place is very cheap, it’s likely to need some renovating.

Within the French countryside there are quite often cheap and somewhat ramshackle old properties to be found. Part of this is for cultural reasons (French buyers often prefer newer places and sometimes old family properties are left empty because of France’s complicated inheritance laws) but if a place is really cheap there might be a good reason for that.

Surveys are less common in France, but if you’re buying a place that needs a lot of work it’s strongly advised to get an expert view on whether it has any major structural problems before you start work.

Once you begin you’re likely to find that building materials, DIY goods and tradesmen costs are all more expensive than you are used to (and post-Brexit rules mean that bringing over things like bathroom suites from the UK is now much more difficult).

Doing a building project in France also requires a lot of permits, forms and planning permission, so unless you are prepared to spend a lot of time ploughing through French bureaucracy you may also need to pay someone to complete the paperwork for you.

If you’re moving to France you will need a French ban account, and even if your property is a second home you will find it much easier to pay things like tax and utilities if you have a French bank account.

Banks in France charge an annual fee of around €50 to have an account, but setting one up can come with its own problems for foreigners, particularly Americans thanks to FATCA.

You will need to make sure your medical costs are covered if you fall ill or have an accident while in France, how this is done depends on your nationality and residence address – full details here.

If you’re not already in France, there are also some costs attached to an international move.

If you don’t have an EU passport and you want to spend more than 90 days in every 180 at your French property you will need a visa. Visas have costs attached and – if you don’t intend to work in France – you also need to be able to prove a certain income level.

EXPLAINED: How to apply for a French visa

If you’re bringing pets with you and you’re coming from outside the EU, your cat, dog or ferret will need inoculations and an Animal Health Certificate to enter France. If you intend to live here, then your pet can get an EU Pet Passport once you’re settled, but second home owners will need a new ACH for each pet and each trip.

If you’re moving, you will likely want to bring your worldly goods with you. The costs of shipping furniture etc obviously varies dramatically depending on where you are coming from.

For people moving from the UK who plan to just load up a van and drive themselves and their stuff over, remember the new post-Brexit rules on bringing in goods worth more than €430.

The cost of transport such as ferries and planes varies a lot depending on the time of year, and if your move involves a long drive through France, don’t forget to factor in toll fees for the autoroutes, which can top €100 in total if you’re travelling a long way.

Moving to France involves a lot of admin and registering for things like residency, healthcare and social services. As well as the time of filling in forms, expect to be asked for certified translations of some documents, which are charged at around €40 per page. Also keep some small change handy for the photobooth, you’re likely to need to supply several passport-sized photos as you go through all the formalities.