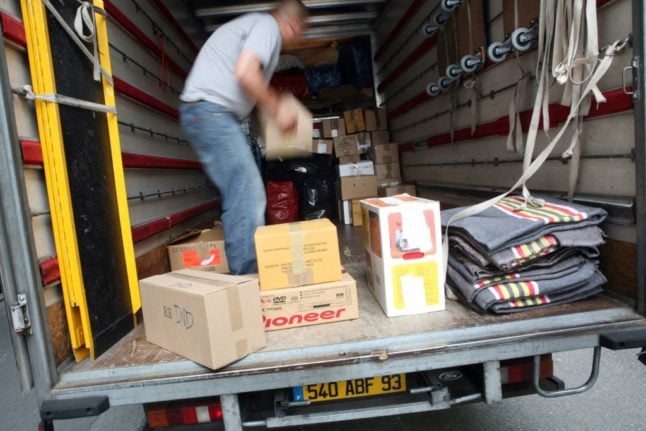 Moving house within the EU is pretty simple – load up a van with stuff and cross the border. But since the UK left the EU, bringing any goods from the UK to France has become a lot more complicated.

So what’s the deal if either you want to move and bring all your possessions over, or you just want to shift some furniture or household items to a second home in France?

Well, there are quite a few things to consider.

Firstly certain items are banned altogether. These are mostly explosives and certain types of weapon, which hopefully won’t feature in many people’s removal vans, but there are some breeds of dog that are illegal in France. Find the full banned list HERE.

Then there are certain items that cannot be imported without extra paperwork such as veterinary certificates.

This includes a lot of different food products so if you’re planning on emptying your kitchen cupboards to bring, check very carefully that none of the foodstuffs are on the restricted list. It also covers flowers and plants, if you were planning on bringing garden supplies.

READ ALSO Bovril, tea and ham sandwiches . . . what can you bring from the UK to France?

There are limits on the amount of alcohol and tobacco you can bring in to France from a non-EU country – check HERE.

If you’re carrying more than €10,000 in cash you need to declare this to customs officers when you cross the border.

The EU Pet Passport no longer covers any trips from the UK for dogs, cats or ferrets – find out the new protocol HERE.

As well as limits on certain types of items there is also a rule on the overall value of the items you are bringing with you – specifically you need to declare and pay duty on items whose total value is more than €430.

Obviously most people’s worldly goods will be worth more than that in total, but there is an exception for people moving to France.

The rules say that you are exempt from paying duty if you are moving to France and bringing your household goods which you have owned for more than six months, and you have been living in the UK or another non-EU country for at least the preceding 12 months.

There are some conditions on this, however.

The rules as published apply to all arrivals from outside the EU, many of which (such as Americans moving to France) are handled by commercial shipping companies by air or sea.

If you’re using a commercial moving company they will likely ask you for the paperwork whereas if you’re loading your stuff into a van and driving yourself things could be less strict. As this is a new area it’s difficult to say exactly how stringent checks will be. As ever with items connected to French bureaucracy, we advise having as much paperwork with you as possible to avoid problems.

You need to transport goods within 12 months of the date of your change of residence – so if you want to make several trips to bring items over then that’s fine, but the inventory you present on your first trip must include all the items you intend to import.

You are not allowed to sell any items that you have imported duty-free for the first 12 months of your stay in France.

So what about if you’re not moving, but you want to bring over items for your second home in France?

So you can still bring items over, but if they are worth more than €430 you will have to pay customs duty on them.

You will need a detailed inventory of the items you are bringing and their value, so that customs agents can calculate the duty that you owe.

PROPERTY
What to expect from your 2023 French property tax bills
Url copied to clipboard!