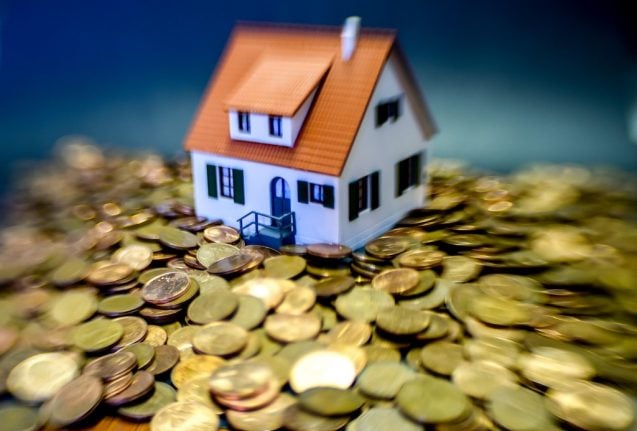 The taxe foncière is a tax paid by all property owners in France. It is separate to the taxe d’habitation, which is paid by whoever occupies the property (whether they are an owner or a tenant) and applies to anyone who owns a building or land.

The taxe d’habitation is slowly being phased out (except for second homes) but the taxe foncière is here to stay, and in fact in many areas is increasing quite steeply.

How is it calculated?

We hope you’re good at maths, because the formula used to calculate this is pretty complicated.

The formula used to calculate the annual taxe foncière bills – which come out in the autumn – is complicated, but it’s based in part on the rentable value of the property – so if you build a large extension or add a swimming pool you can expect your bills to go up.

First you take the rentable value of your property – how much you could expect to get if you rented it out. You don’t get to calculate this, it’s calculated for you by your local authority, under the auspices of a formula set by the French finance ministry. Many areas have been using a formula that was years old (in some cases dating back to the 1970s) to calculate rentable value, but over the past three years many local authorities have requested a reevaluation from the finance ministry, with the result that in some areas tax bills have jumped sharply this year.

Once you have the rentable value you then divide it by two, then multiply it by the tax level set by your local authority.

The local authority’s tax rate varies hugely from place to place, which is why two people with similar sized homes in different areas can end up with wildly different bills.

In fact to make it more complicated it’s actually three local authorities – the commune, the département and the région – which all set their own tax rates then divide up your tax to pay for local services.

The good news is that you don’t need to do all this maths yourself, your local authorities will calculate it all then present you with a single bill, known as the avis d’impôt.

Well if you agree with it you pay it, the deadline for payments this year is October 15th or October 20th if you’re paying online.

If you are paying by post, then you should have received your notice in September.

If you don’t agree you can challenge it. You can’t argue with your local authority’s tax rate, but if you feel that the rentable value that they have given you is wildly unrealistic then you can challenge that.

READ MORE: Reader question: How can I challenge my French tax bill?

The rentable value (valeur locative) is printed on your bill so you can see how they have calculated it. As mentioned many people will see a big increase this year, but that’s more likely to be because they were previously under paying due to an out-of-date formula than because the new calculation is not right.

However if you feel that the rentable value they have given you is simply unrealistic then you can challenge it, although any challenge must be received by your local authority within two months of getting the bill otherwise it will not be considered.

If you’ve added any major features such as a conservatory, garage or swimming pool this must be declared and is likely to increase the rentable value of your house.

Does everyone have to pay it?

The tax is for everyone who owns a building, regardless of whether they live in it full time or not. It’s also payable on land, although at a much lower rate, so if you’ve bought a plot but haven’t yet started building your dream home you will still be paying tax.

It’s billed from January 1st, so if you’ve bought a place in the last nine months, you won’t have to pay until next year. Likewise if you have recently sold a building or plot of land you will still be liable for the tax.

However there are some exemptions and certain groups are eligible for a discount.

New buildings – if you have built a brand spanking new home you don’t have to pay taxe foncière for the first two years, provided you have registered your new-build with the tax authority within 90 days of completion. There are also discounts available if you have done works on the energy efficiency of your home.

Discounts – there are discounted rates available if you are over 75, have a registered disability or are in receipt of certain types of benefits.

Landlords – if you are renting out your property and you are unable to find a tenant, or are carrying out major works that means the property is uninhabitable, you may be eligible for a discount. The property must have been vacant for at least three months and if you are doing building works you will need to provide proof.

For more on how to claim a discount, head to the French tax office’s website here.

Is that the end of the tax demands?

No, you may also be paying the taxe d’habitation. As mentioned above, this is in the process of being phased out, but certain areas will still be billed for it this year. And if your property is a second home you will continue paying the tax indefinitely. Bills for this generally arrive in the autumn.

And in some areas your taxe foncière bill will also include a waste collection charge or taxe d’enlèvement des ordures ménagères (TEOM) set by your commune. The exemptions mentioned above do not usually apply to this charge.

Propriété bâtie – land occupied with a home or business building

Propriété non-bâtie – land with no building on it. This includes an empty plot of land, mines or marshes