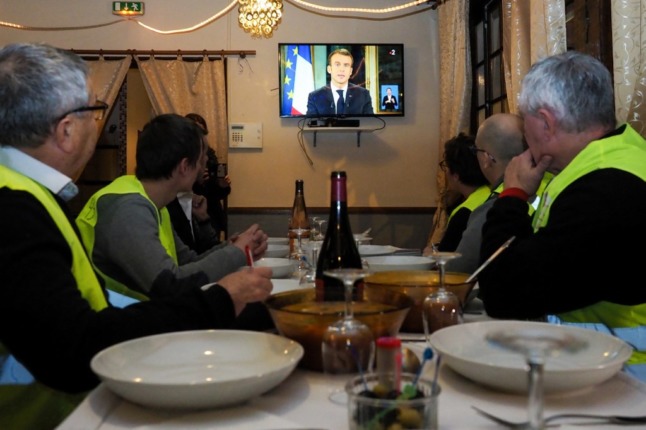 Emmanuel Macron has held his first campaign event and outlined what he says will be the four ‘axes’ of his campaign –  le pacte européen (the European pact – defending the EU), le pacte entre les générations (pact between the generations –  education, health, pensions), le pacte productif (the production pact – employment and industry) and le pacte républicain (the republican pact – immigration, laïcité, security and integration)

But in among the big ideas, the one that has undoubtedly caught the attention is his pledge to abolish the TV licence.

Talking of TV, Macron has also ruled out taking part in a TV debate with all 11 of the other candidates, saying he will only do a televised debate if (when?) he gets through to the second round.

In 2017 his second round head-to-head debate with Marine Le Pen proved something of a decisive moment as Le Pen gave a disastrous performance, appearing vague and unable to elaborate her own policies. It was also where Macron came out with his now-famous phrase poudre de perlimpinpin.

While Macron is on the campaign trail, prime minister Jean Castex is back in his office in Matignon, meeting industry representatives and unions as he prepares the plan – announced by Macron in his TV appearance last week – to protect French people from the effects of price rises in the wake of the Russian invasion of Ukraine. The plan will apparently be presented ‘mid March’.

Monday afternoon saw the official publication of the list of candidates who have qualified to get on the ballot paper – 11 of whom we already knew had qualified, with Troksyist candidate Philippe Poutou gathering his final signatures of support just in time.

As the below image shows, we have 4 women, 8 men and 0 people of colour. And in an extremely niche reference for fans of left-wing British comedians, has anyone seen Communist candidate Fabien Roussel in the same room as Stewart Lee? 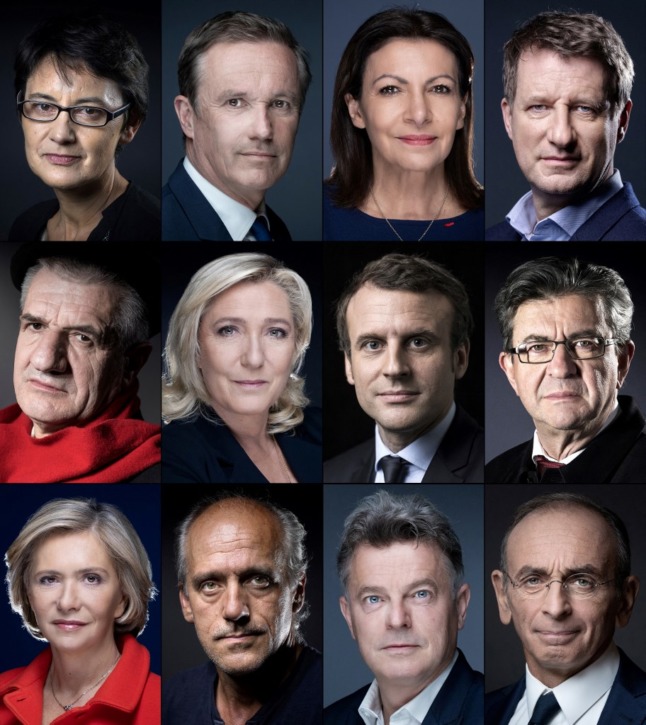 If you’re unsure how to pronounce any of the names, check out this handy video of Laurent Fabius, head of the Constitutional Council, reading the list out loud (from 1.40).

If you’re interested in French politics, don’t forget to check out The Local’s French election podcast, Talking France. It’s out on Tuesday afternoon on our podcast page here, or on Spotify and Apple.

Our favourite is this candid snap of Brigitte Macron using the President of the Republic as an arm rest while she changes her shoes – check out his eyebrows . . .

This election has a new tranche of voters – long-term British residents of France who were prompted by Brexit to apply for French citizenship, 16,000 of them according the French national statistics body Insee.

Only French citizens can vote in presidential elections, so these new Frenchmen and Frenchwomen will be voting for the first time – we spoke to some of them about their feelings ahead of polling day.

Reader question: Could the French presidential election be postponed because of the Ukraine war?

Green candidate Yannick Jadot will take part in a demonstration for International Women’s Day, while Eric Zemmour is holding a Femmes Avec Zemmour campaign event (given his frequently-stated views on feminism that probably won’t have quite the same flavour as Jadot’s event).

On TV communist candidate Fabien Roussel is on CNews’ ‘Elysée 2022’ show, while Marine Le Pen is on the ‘Live présidentiel’ organised by website 20 Minutes, TV station TF1 Info with Instagram, Facebook and Tiktok.