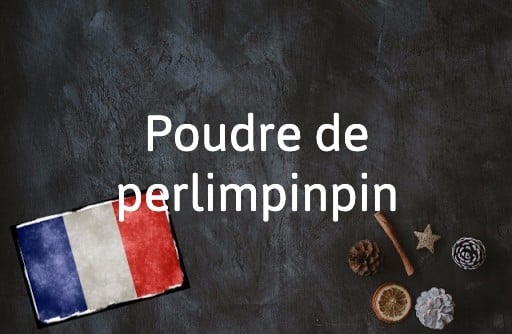 Why do I need to know poudre de perlimpinpin?

Because some solutions are little more than a mirage.

Poudre de perlimpinpin, pronounced poo-druh duh pearl-am-pan-pan, is a term used when a charlatan proposes an unrealistic solution to a problem.

In English, we could loosely translate the expression to mean snake oil, magic beans, magic potion, fairy dust, a miracle cure or a magic wand – in short something completely useless that is sold to the credulous and naive.

One theory for the origins of this phrase is that in 17th century France, doctors used herbal medicine made from prêle (horsetail) and pimpin (Pandanus montanus). When used together, these plants formed the neologism of prelinpinpin, which later became perlimpinpin. Medicine has since advanced beyond this remedy.

It’s actually a pretty old-fashioned phrase that was not widely used, but it gained fresh impetus during the 2017 presidential elections, Emmanuel Macron used it in a TV debate with Marine Le Pen to discredit her ideas.

Le Pen had proposed expelling everyone on France’s terrorist watchlist from the country and closing the borders.

Macron, who went on to win the election, replied:

The expression came to be associated with Macron and has now been turned against him in the run-up to the 2022 presidential election.

The Senate leader of The Republicans, conservative political party, argued in December that the government could not sustain such high levels of spending in response to the pandemic.

Someone who proposes an unrealistic solution to a problem may be known by the following labels: