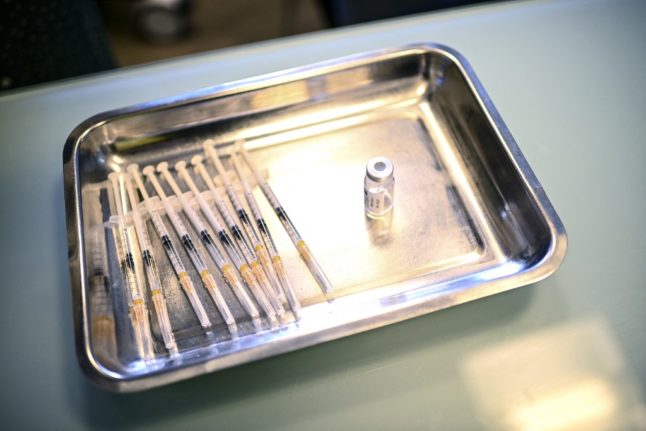 On Tuesday, February 23rd, 2,656,447 people in France have received a Covid injection, of which 1, 319, 292 have received both doses and are therefore fully vaccinated – a considerable improvement on the early weeks of the rollout when just a few hundred people had received the injection, but still a long way behind countries like Israel, Malta and the UK, at least when it comes to first doses.

In other areas of pandemic management such as mass testing and the test and trace programme France has performed well, so what has gone wrong with the rollout?

Here are six factors that have influenced the slow start.

France opted to join the EU bulk purchasing scheme of vaccines, which as has been widely reported ran into trouble when AstraZeneca said it was not able to supply as many doses as expected.

France also opted to wait for the European medical regulator to give approval for use for the Pfizer BioNTech, Moderna and AstraZeneca vaccines before its own medical regulator made a recommendation, which delayed the start of the vaccine programme until the end of December. Vaccine doses administered per 100,000 of the population. Graphic: Our world in data

These issues affected all EU countries that joined the joint purchase scheme, but since vaccine rollouts began several other EU countries, notably Denmark and Malta, have forged ahead with the rollout while France trails towards the back of the EU class.

When organising the rollout some countries, including the UK, have decided to delay the second dose of the vaccine for up to 12 weeks, which has allowed them to push ahead with giving first doses.

France, on the other hand, has decided to stick to the manufacturer’s recommendation of 3-4 weeks between doses, which has limited the number of first doses it is able to give.

As of February 23rd, France had actually vaccinated more people – with both doses – than the UK with 1.3 million fully inoculated in France compared to less than 500,000 recorded in the UK. However looking at first doses the UK is miles ahead – 18 million first injections compared to France’s 2.6 million.

But even while accounting for a shortage of supplies and some supplies held back for a second dose, France seems to have taken delivery of many more vaccine doses than it has administered.

In the below chart the grey blocks represent vaccines delivered (or promised for dates in the future) to France while the blue lines represent first and second doses given.

According to the French health ministry, 7.7 million doses of the vaccine have been received in total by February 23rd, while only 3.9 million injections have been given (2.6 million first doses and 1.3 million second doses).

Questioned about this discrepancy by several journalists including The Local columnist John Lichfield, the health ministry said that it operates a system of flux tendu (just-in-time) deliveries. It has no strategic or hidden stocks.

However, to ensure smooth and secure supplies, they said they operate three different  “reservoirs”: a central bank of doses for care homes; several hundred thousand kept in 100 distribution points for local vaccine centres; and a “delta” of doses in the process of being thawed.

It has since been reported that this complicated system is in the process of being simplified.

Many people have reported great difficulty in securing appointments at vaccine centres.

At present only those in certain groups are eligible to be vaccinated, including the over 75s and those with serious health conditions, but numerous eligible readers of The Local have reported great difficulties in securing an appointment slot, with some trying every day for weeks only to be confronted with phone lines ringing out and websites showing all appointments taken.

The situation varies quite widely across the country.  In general those in cities have found it easier to secure a vaccine slot while those in départements that have a large population of retirees – including Alpes-Maritimes and Dordogne – reporting huge problems and subsequent frustration.

While many countries have decided that a public health emergency warrants a 7-day-a-week approach, France’s vaccination stats still see a noticeable drop at weekends.

The average number of injections given in a day now stands at around 120,000 but on Saturdays and Sundays it frequently drops to around half that.

Even if the weekend problem is solved, French data scientist Guillaume Rozier, founder of the Covid Tracker site, estimates that France needs to be vaccinating 520,000 people a day if it is to reach its target of having all adults vaccinated by the end of August.

Repeated polling has shown that France is one of the most vaccine-sceptic countries in the world, and the first-hand experience of a pandemic does not seem to have changed this.

Polls at the beginning of January showed that only 40 percent of people were definitely planning to get vaccinated, although this percentage has since increased to between 50 and 55 percent.

Polling suggests that vaccine sceptics tend to be younger, so this is not thought to be having a big effect on the current vaccine take-up, which is currently largely targeted at the elderly and those with serious health conditions, although some polling suggests that the 80 percent of Ehpad nursing home residents who have so far received at least one dose of the vaccine represents nearly all of those who are willing.

Whether the younger age groups see more widespread vaccine refusal remains to be seen, but knowledge of the widespread scepticism may explain the government’s cautious approach to the programme – in particular the decision not to risk delaying the second dose and the decision to only licence the AstraZeneca vaccine for the under 65s, although ministers say they are only following scientific advice.

6. Pharmacies kept out of the loop… until now

Vaccines in France are at present delivered in specialist vaccine centres, in hospitals for healthcare workers and – from Thursday – via GPs for certain groups.

But France has a vast network of pharmacies, easily accessible to most people with many staff qualified to give vaccines – pharmacies have already run a very successful seasonal flu vaccination programme.

The plan is for pharmacies to begin offering the vaccine, to priority groups only at first, in March which will hopefully provide a much-needed boost to the programme and make it easier to get appointments although this rollout does not have a firm start date.