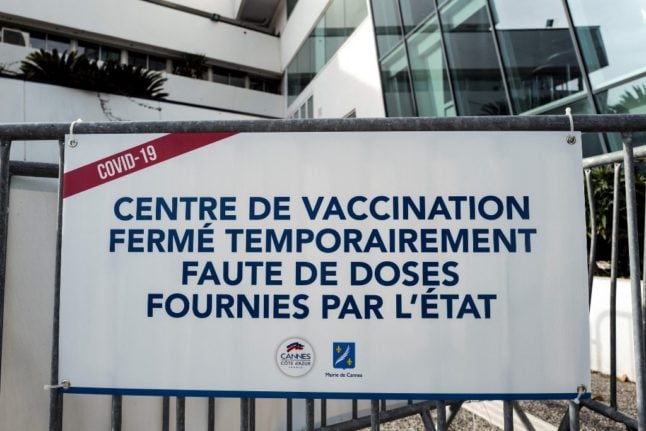 Criticised for its slow start, the French vaccine programme is now speeding up with more than 2 million people getting at least one dose of the vaccine – but there seem to be wide disparities between service levels in different areas of France.

At present there are four groups eligible for the vaccine – over 75s, people with severe medical conditions, healthcare workers and staff and residents of Ehpad nursing homes.

The next group to become eligible will be the 65-74 group, expected in February but with no firm date as yet.

However those people in the eligible groups have reported a very mixed experience in getting an appointment. 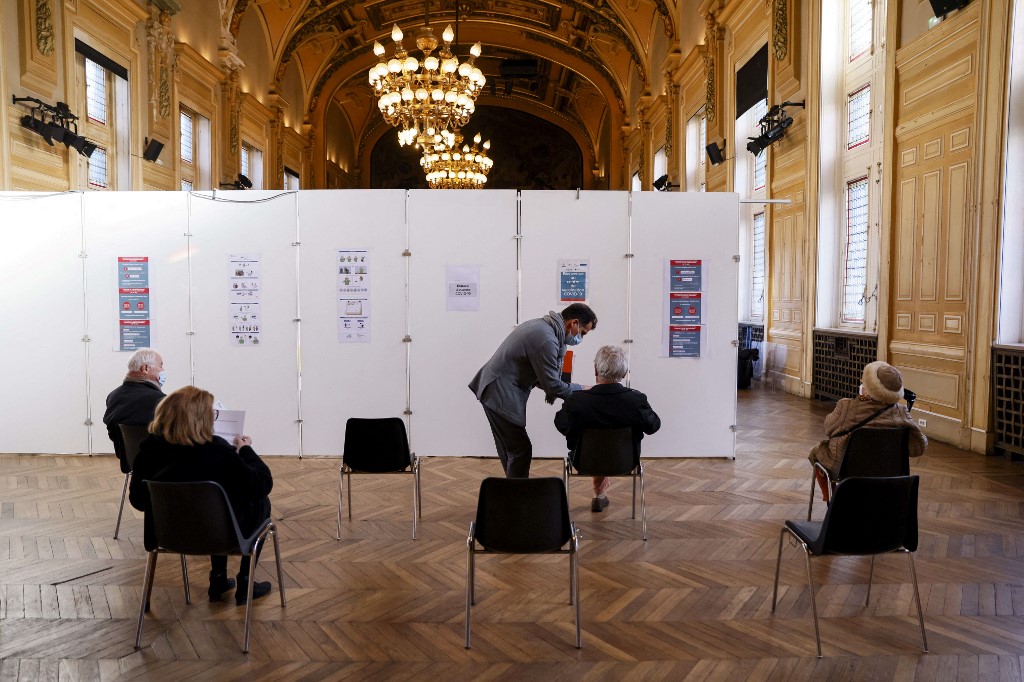 Over 75s can make an appointment directly with a vaccine centre, people under 75 but with severe medical conditions need a prescription from their doctor to get the vaccine and these are reserved for the most serious illnesses such as cancer patients and transplant patients – you can find the full list of eligible conditions here.

Appointments can be made by phone, online or via the Doctolib app – click HERE for the full guide to making an appointment.

We asked readers of The Local to tell us about their experiences of using the system.

We received almost 100 responses to our questionnaire, mostly from people within the eligible groups.

Of those who responded, roughly half said that they had easily made an appointment – the other half are either still waiting or managed to get an appointment date only after repeated attempts.

Keith Mary, who lives on Île-de-Ré in Charente-Maritime, said: “Our centre was closed after only 2/3 days and no appointments are being offered due to an alleged shortage of the vaccine.”

Malcolm Bayes who lives in Maine-et-Loire simply said: “No-one answers the phone in our département.”

Janie McDonald said: “I have a list of all the vaccine centres in Hérault, where I live, and I check each day, but none of them are offering vaccine appointments.”

Philip Cullen, who lives in Dordogne, said: “I have tried booking three times every day with no success.”

Local vaccine centres have been asked to create waiting lists so that people don't need to call repeatedly, but of our respondents only two people had been offered a place on a waiting list.

Overall people in rural areas seemed to have more problems than those living in cities, but several people told us they had had great difficulty finding an appointment in Charente, Charente-Maritime, Dordogne and Alpes-Maritime – which are all areas that have large populations of elderly people.

Prime Minister Jean Castex said in his health briefing at the beginning of February that extra tranches of appointments would be opened up in the second half of February and again at the start of March. 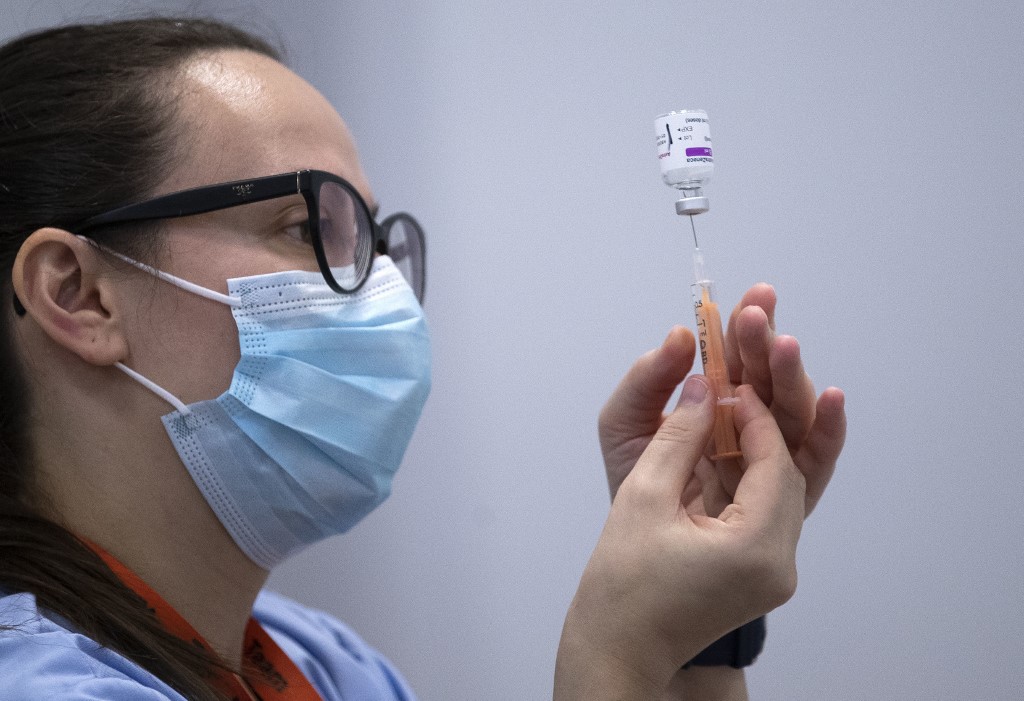 Of the people who managed to get an appointment, most people said things ran relatively smoothly.

Jim Romanos who lives in Morbihan in Brittany, said: “It was very smooth.

“Went to reception on time, went quickly and thoroughly through the list of questions with a practitioner, went straight to a nurse who registered my carte vitale, straight to the nurse who administered my jab.

“Probably 5 or 6 minutes for whole process. Then a 15 minute sit-down in case of adverse reaction, monitored by another nurse. All staff were friendly and professional. Whole atmosphere very calm.”

Rob Francis in Saint-Lô added: “It was very well organised and I even got a cup of coffee while I waited the 15 minutes afterwards.”

Bente Arnild, who lives in Mulhouse in Haut-Rhin, said: “My husband, 75 years old, tried for a whole week to get an appointment online, in vain – but then three new centres were opened in Haut Rhin.

“The centre was in a sports centre – there was a reception desk, waiting space, doctor check, jab, secretarial check, waiting area for 15 minutes after the jab, everything was very professionally arranged.”

Two themes emerged – some people in the under 75 group said they had difficulty in getting a prescription for the vaccine – you can check here if your health condition puts you into an eligible group.

This seemed to flummox staff at some vaccine centres, but the French health ministry has said that people without the card can be vaccinated, as this is a public health emergency.

Peter Bear, who lives in Allier, and his wife are still waiting for their cartes vitale, which caused some confusion at their local vaccine centre.

He said: “Against the bit on the form where it needed the Medical Reference Number, the lady wrote en cours. That’s when the trouble started and we went on and on in a circular argument – they couldn’t give the vaccine without the number. We would have a number shortly and could give it to them when we report for the second jab in four weeks’ time. They faffed around, made phone calls which seemed to be unanswered (it was near lunchtime), and eventually told us it was very complicated and could only be handled via the internet.

“We waited endlessly in a draughty and unsympathetic waiting room getting bored, angry, tired, chilly and hungry. But in the end, after over an hour, we won through, got our jabs, waited fifteen minutes to ensure no nasty reaction, and drove home, for a very late lunch, satisfyingly ‘Pfizered’ but rather hungry.”

Robert Jarvis, who lives in Haut-Vienne said: “I've been in France for three months and am not working, so no carte vitale yet. I took every piece of documentary evidence, including a letter from my doctor, proof of private health insurance and a printout of the email confirmation from my application for residency.

“The staff weren't sure how to proceed without a carte vitale and needed to make a couple of phone calls. The doctor's letter was read but it was the residency application email that seemed the most important. After that, it was a smooth process and I have a form signed and stamped to show I've had the first injection.”

Robert's idea of taking with him all documents pertaining to residency in France is a good one that we would recommend to others in the same situation.

We also asked people people who had received their first injection whether they had an appointment for the second, and how big the gap between the two appointments was.

The overwhelming majority of people had a date for their second dose, and everyone said their appointment was between three and four weeks after the first, as French government guidelines state that it should be.

Unlike some countries which have delayed giving the second dose of the vaccine in order to give more people the first dose, France has elected to stick with the manufacturer's recommendation for 3-4 weeks between injections.

In terms of first dose given, France is trailing miles behind the UK – 2.1 injections to 13.5 million. However the UK, which is delaying second doses for up to 12 weeks, has now given 524,000 second doses of the vaccines, leaving France not far behind as it has given 442,000 second doses.

Thank you to everyone who filled in our survey, we could not include all responses but it has given us a very valuable snapshot of how the system is working – or not working – on the ground.