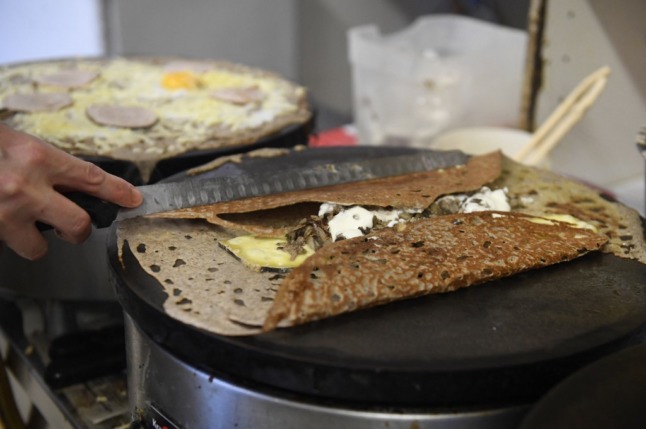 Covid restrictions easing – February sees a two-step process of easing some of the current Covid restrictions. February 2nd and February 16th are the key dates to lift rules including a limit on gatherings, outdoor mask rules and compulsory work-from-home. Full details HERE

Booster shot time limit – if you are over 18, it is now necessary to have a booster shot in order to keep your ‘fully vaccinated ‘ status and maintain an active vaccine pass. Previously you were given seven months between having the second dose and getting the booster in order to keep the pass valid, but on February 15th the gap falls to four months. You are eligible for a booster shot three months after getting the second dose. Full details on the time limits HERE.

End of the first-vaccine exemption – when the vaccine pass was introduced on January 24th a little sweetener was added to induce the previously unvaccinated to get their first dose. Anyone getting their first dose before February 15th can use a combination of their first vaccine certificate and a negative Covid test in order to access vaccine pass venues until they are able to get the second dose. This exemption ends on February 15th and from then on people will have to wait until seven days after their second vaccine dose in order to use the vaccine pass.

Electricity prices rise – prices for electricity tariffs rise by 4 percent on February 1st. It could have been a lot worse, though, as the energy regulator estimated that it would have been a 44 percent rise had it not been for the government’s decision to cap prices rises in an attempt to ease the cost of living crisis.

Tobacco price rises – some cigarette brands are increasing their prices from February 1st – Fortuna Cool and JPS Cool will rise from €9.70 to €9.80, while Gauloises Blondes Bleu and News Rouge will reach the €10 mark, compared to €9.90.

Sales end – the winter sales in most of France end on Tuesday, February 8th, although in some border areas they end on January 30th.

School holidays – schools have a two-week holiday in February, but the exact date depends on which zone you are in. Zone A holidays run from Saturday, February 12th to Monday, February 28th, Zone B from February 5th to 21st and Zone C February 19th to March 7th. It has also been announced that some Covid restrictions might be relaxed in schools once they restart after the February holidays, but the details are yet to be announced. Motorway tolls rise – if you use the French autoroutes you will be aware of the tolls charged at each péage. But from February 1st these tolls increase. The exact price rise varies by area, but the average rise across the country is two percent.

La Chandeleur –  February 2nd marks La Chandeleur aka the French pancake day. As well as eating lots of delicious crêpes, the French also have a complicated and fun set of superstitions around this day which apparently bring good luck for the year ahead.

Parrainage season begins – the French presidential election moves up a gear in February as the parrainage season officially opens. This is the system whereby wannabe candidates must secure nominations from at least 500 elected officials in order to be included on the ballot paper. Parrainage collecting officially opens on January 30th and presidential hopefuls have until March 4th to secure the 500 signatures. In reality, most candidates have been working on securing the required promises for weeks already.

End of Covid home-tests in supermarkets – Supermarkets will no longer be able to sell Covid home-test kits (autotests) after February 15th. Normally anything even vaguely medical-related can only be sold in pharmacies (even cough sweets) but the soaring demand for Covid home tests lead the government to grant a special exemption for supermarkets to sell them. This originally expired on January 31st, but was then extended until February 15th.

Nice Carnival – The Nice carnival is ranked among the top three in the world alongside Rio and Venice and has been going on since the 13th century. The opening ceremony is scheduled for February 11th although a jam-packed calendar of activities is scheduled until February 27th. The theme of this year’s event is “King of the Animals”. You can find more information HERE. Naturally, changes may be made depending on the latest Covid situation.

Savings – For anyone with a Livret A savings account, there is good news. The interest rate will rise on February 1st from 0.5 percent to 1 percent.

Baby boxes – the government will begin distributing ‘baby boxes’ to the parents of newborns containing essential items to help take care of the baby. The scheme will begin in deprived areas and isolated rural areas.