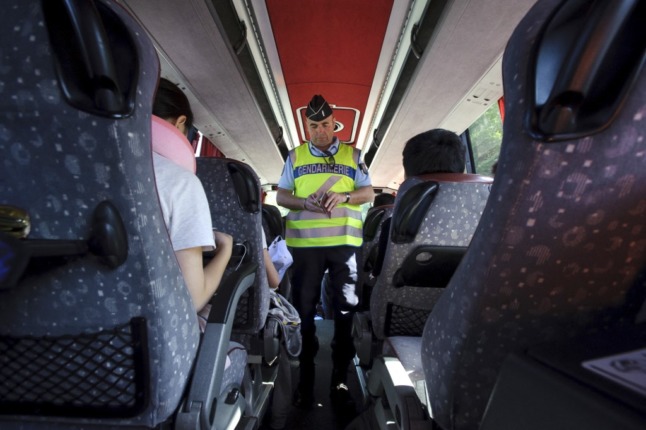 This is the deadline for all Brits who were resident in France before December 31st 2020 to be in possession of a carte de séjour residency card.

This does not apply to people who moved after that date – they come under the new regime of visas – but does cover all UK nationals who lived in France before then, even those who have been here a long time, are married to a French national or who previously held a European carte de séjour.

Brits in France were given an extension on the deadline to have applied for their new card – it was pushed back from June 30th to September 30th to allow late applications. January 1st 2022 is the deadline to be in possession of the card.

What happens from January 1st?

This is the date from which certain official functions cannot be performed without providing proof of your legal residency status – which is the rule already in place for all other non-EU citizens.

From this date you can legally be asked for the card in situations including;

If you are unable to produce your card you can be denied non-emergency healthcare, work, benefits and accommodation and can legally be served with notice to leave France.

READ ALSO What should I do if my carte de séjour is lost or stolen?

How strict is enforcement of this likely to be?

This is technically entering new territory, so no-one really knows how strictly France is likely to enforce the requirement for everyone to have their cards.

Spot checks and deportations of unregistered Brits seem unlikely, but what is very likely is that the next time you need to access any kind of official function you will be asked for the card, in the same way that Americans and Canadians already are for routine administrative tasks.

If you cannot provide the card it is likely that your request – whether it’s for work, benefits, a place to live or healthcare – will not be processed.

You are also likely to encounter difficulties with international travel, and if you cannot prove your right of residence when you enter or leave France, you are likely to be subject to the 90-day rule.

Are there any exceptions?

This applies to the vast majority of UK nationals who were living in France before December 31st 2020. Those who moved here after that date will need a visa and a carte de séjour. Brits who are visiting for less than 90 days in every 180 do not need either a visa or a residency card.

There are a couple of exceptions however, the main one is people who hold dual nationality with either France or another EU country (eg Ireland). These people do not have to apply for the carte de séjour, although they may if they want to.

Posted workers in certain circumstances and people in certain diplomatic roles are also exempt, while under-18s do not need a carte de séjour.

It can be hard to keep up with all the changes, so here’s a quick round-up of what else has changed and any actions you may need to take.

Driving – if you’re driving in France on a UK licence, you probably don’t need to swap that for a French one just yet. A deal finally concluded between the British and French governments earlier this year allowed people whose licences had been issued before January 1st 2021 to keep driving on them until either the photocard or the licence expired.

For most people, this means making a note of when the photocard/licence expires, and applying to swap for a French one once you get within six months of the expiry date. If your card has been lost or stolen, or you have a medical condition, or have committed a traffic offence, you may need to swap earlier – find the full details HERE.

Healthcare – most people living in France before 2020 had already registered in the French healthcare system and received their carte vitale. If you have not already done this, here’s how to go about it.

If you previously used an EHIC when travelling abroad, you will need to request the French equivalent CEAM (carte européenne d’assurance maladie) to cover any medical expenses when you are travelling in Europe. You can request this via your online Ameli account.

Taxes – Brits who were resident in France should always have been making an annual tax declaration and Brexit has not changed this. However many people – especially those whose income comes entirely from the UK – were not previously aware of this. You can check HERE whether you need to fill in the annual declaration form.

Travel – If you are travelling between France and the UK you need to be aware of lots of changes covering everything from car stickers to sandwiches for the journey.

Passports – British passports are now only valid for travel within the EU if they have up to six months left before they expire, and that includes the passports of Brits who live in France. If you are travelling to the UK with a French partner, family member or friend, they need to remember that they can no longer travel on an ID card, a passport will be necessary. And it’s not just people, rules on Pet Passports have also changed, although Brits who are resident in France can still secure an EU passport for their dog, cat or ferret from a French vet.

Signs in the George V metro station — named after the queen’s grandfather — were replaced on Monday as a mark of respect for the British sovereign, who will be buried later after a service in London.

“We wanted to join in the day of mourning by putting up the sign ‘Elizabeth II 1926-2022’ in the George V station on Line 1,” a spokeswoman for the Paris metro operator RATP told AFP.

The station will revert to being called George V on Tuesday.

French flags have been ordered to fly at half mast on public buildings by the prime minister but a small number of mayors are resisting the instruction.

Patrick Proisy, the left-wing mayor of Faches-Thumesnil, northeastern France, said he would refuse to lower the flag on public buildings in his village.

Although he expressed his condolences after the queen’s death, he said such a move contradicted France’s republican principles of “Liberty, Equality, Fraternity”.

“No concept is further from ‘equality’ than the monarchy,” he wrote on social media on September 10. 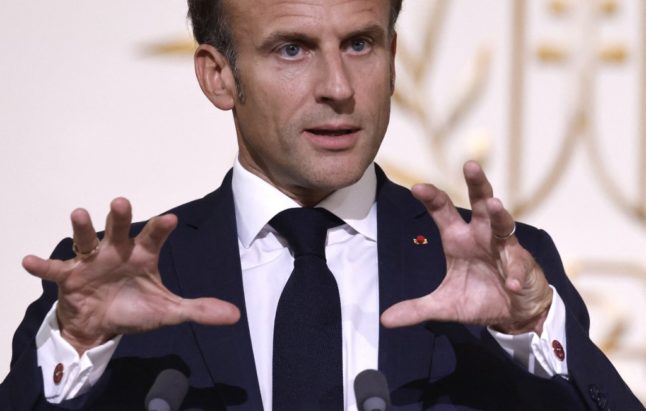