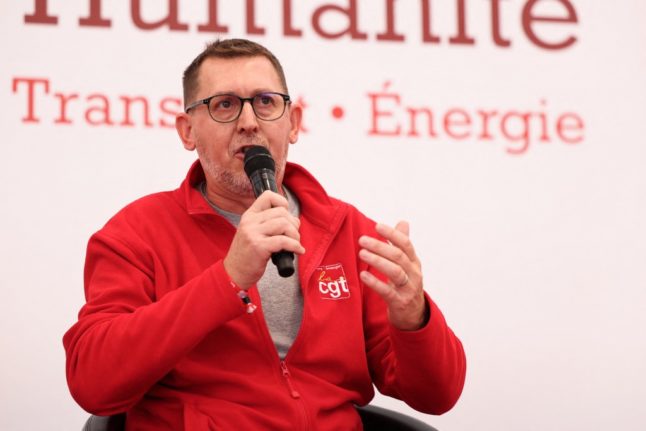 France’s eight union federations are united in opposition to planned pension reforms, which include raising the pension age from 62 to 64, and official actions are concentrated on strikes and demonstrations.

But some members of the hardline CGT union are threatening more direct action – including cutting off the electricity supply to certain French towns.

The union CGT des mines et de l’énergie, which represents workers in the state electricity supplier, is calling for direct action, with Secretary General Sebastien Menesplier telling BFMTV: “The strike is good but it is no longer enough.”

He called for: “Action and actions that can be seen, that have an impact upon those who support the government and the laws of social regression.”

You can hear The Local team discussing the ongoing strike action in our Talking France podcast – download it HERE or listen on the link below.

The union had previously threatened to cut off the power to any town that elected an MP who supports the planned pension reform – during strikes on January 19th, two towns lost power for a couple of hours; Massy in Essonne (greater Paris) and Chaumont in Haute-Marne (northern France).

Labour minister Olivier Dussopt responded: “A number of actions envisaged are not militant protests, but rather crimes.”

During the strikes of 2019 – which were also over pension reform – CGT members staged short power cuts at several sports grounds during matches.

Members of the CGT who work at oil refineries have already announced extra days of strike action, in addition to the mass strike days, and are threatening to blockade refineries and cut off supplies of petrol and diesel to service stations.

The first mass strike on January 19th saw very limited service on trains across France and public transport in cities, while many schools closed down as teachers walked out. A second mass strike is planned for Tuesday, January 31st.

READ ALSO Do French unions still have the power to stop a government in its tracks?