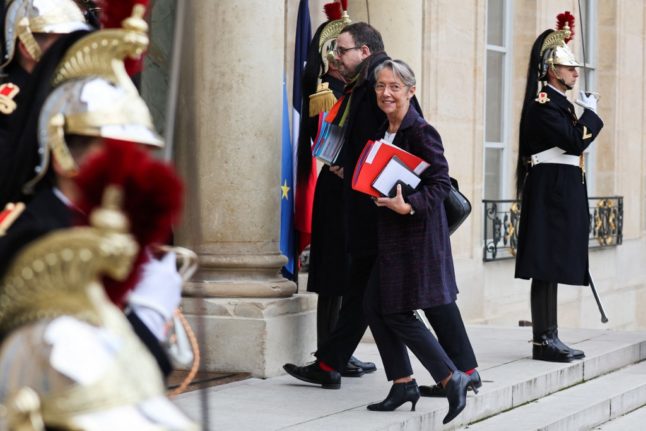 Emmanuel Macron’s government has announced a major overhaul of the French pension system.

The reform is complicated but it comes in two parts – streamlining and simplifying the current system for calculating pensions and raising the retirement age from 62.

France’s pension system is a contribution based one – everyone working in France has pension contributions automatically deducted from their earnings each month into a government-administered scheme. When they get to retirement age, their monthly pension is then calculated based on their contributions.

However at present there are dozens of different pension ‘regimes’ based on employment type, some of which have extra perks such as allowing for early retirement.

The government wants to streamline this into a single system that is the same for everyone.

Controversially, they also want to raise the current retirement age from 62 to 64.

Prime minister Elisabeth Borne announced the full details in mid January after discussions with unions, and the proposal will come before parliament for debate in March.

The government wants the measure passed and coming into effect by September 1st.

Why should I care?

Many foreigners in France will not be directly affected by this change, if they have not worked in France for long enough to qualify for a French pension (for example people who retire to France), so this can all seem a bit academic.

But it will likely affect you anyway for one simple reason – strikes.

The reform is hugely controversial and unions have promised the ‘mother of all battles’ against it.

December 2019 and January 2020 saw the longest continuous transport strikes since 1968 and that was also over pension reform – in that case the less controversial aspect of the reform which did not include pension age.

The first day of strikes is January 19th, which caused massive disruption especially in schools and on public and it is highly likely that periodic strikes will continue until the reform bill comes before the parliament in March.