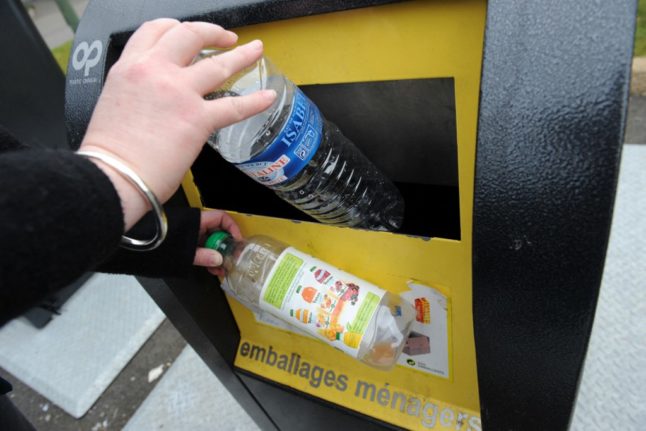 In recent years, France has made strides to decrease waste production and the employment of single-use plastics in businesses, shops and restaurants across the country.

These steps – which have ranged from prohibiting businesses from giving out single-use plastic straws and takeaway lids to requiring that establishments open to the requiring that train stations and libraries provide water fountains – have been gradually put into force since France passed the 2020 law “Loi relative à la lutte contre le gaspillage et à l’économie circulaire” (law on the anti-waste and to a circular economy, also called “loi Agec”).

The rules have been put into effect gradually since 2020 – although it’s fair to say that not every new rule has been entirely respected by businesses and retailers, despite the risk of penalties and fines. Additionally, some regulations offered tolerance windows – like the six month period that allowed vendors extra time to clear out stocks of plastic straws and lids.

Here is how the legislation has already impacted life in France:

Parts of the law that went into force 2021

First, the ministry of environment published a five year “3R” decree outlining targets for the reduction, reuse and recycling of single-use plastic packaging for the period running from 2021-2025.

The first tranche of the law also required companies to be more forthright regarding planned obsolescence – for instance, requiring manufacturers to respect a period of time considered to be “normal” where functionality should continue despite new updates. It also included plans to encourage the repair of electronic and home items by creating a ‘repairability index’ to inform consumers of how difficult or non-repairable the device might be.

The country also instituted several rules to encourage people to buy loose, unpackaged items rather than those wrapped in plastic. This meant that vendors were required to accept any containers or bags brought in by the customer to carry non-packaged items. It also made it so that large businesses – those bigger than 400m2 would have to provide some form of reusable container (either free or paid) for customers to use when shopping.

2021 also saw the government ban the free distribution of plastic bottles in businesses, coupled with an investment in water fountains. Establishments open to the public were also banned from distributing free plastic water bottles, and festivals and cultural/ sporting events were no longer allowed to require that attendees only use plastic water bottles.

Supermarkets were also required to install trash and recycling bins to sort waste after checkout, and the import of single-use plastic bags was prohibited.

Parts of the law that went into force 2022

Additionally, plastic tea bags, plastic packaging for fruit and vegetables weighing less than 1.5 kg and plastic toys distributed free of charge in fast-food restaurants were all banned in France.

The anti-waste law also made it so that sticking a label directly on fruits or vegetables would be prohibited, unless the labels were compostable and made in whole or in part of biobased materials.

In 2022, the country also banned the destruction of unsold items like electronics and hygiene products, after having already banned destroying unsold food products in 2016.

Rules that came into force on January 1st, 2023

At the start of 2023, fast-food restaurants were prohibited from using disposable tableware and cups for meals served on site. This rule required any restaurant with more than 20 seats, which also includes work canteens and bakery chains, to provide reusable and washable tableware for customers dining in.

In January 2023, textile and clothing stores were also required to inform shoppers of which country the material was produced and manufactured in. This part of the anti-waste law was intended to increase consumption of clothing produced within France, but it also sought to draw attention to the share of recycled materials used in producing the textile itself.

France also made recycling easier in 2023 – as of January 1st all paper, plastic, metal and cardboard objects can go in the yellow recycling bins across the country.

READ MORE: How recycling will change in France in 2023

Previously, the rules were often different based on individual localities for items like yogurt pots, toothpaste tubes and coffee capsules.

Another measure was meant to take effect on January 1st: the printing and distribution of paper receipts, unless specifically requested by the customer, but it has been pushed back, so the rule will instead take effect starting on April 1st, 2023.

In the coming years

By January 1st, 2024 France plans to ban on the sale of medical devices containing microplastics. And at the start of 2025, the country will require that all new washing machines have a device to filter out plastic microfibres, in an effort to keep them from going into the water supply.

Also, as of January 1st, 2025 newspapers and magazines will no longer be able to be shipped with plastic wrapping. This same rule went into effect for advertising materials on January 1st, 2023. In 2025, paediatric, obstetric, maternity wards, and perinatal centres, will no longer be able to use plastic containers for reheating or cooking baby food, in an effort to “prevent exposure to endocrine disruptors.”

Later, in 2026, France will ban the sale of cosmetic products that contain microplastics – such as shampoos, hair colouring products, shower gels and makeup removers.