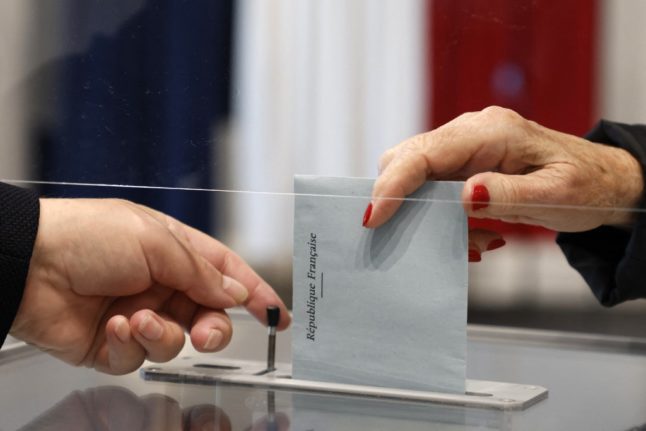 A new poll has hinted that the 2022 French presidential election could see record levels of abstention in the first round. We examine the reasons behind this and how it could affect the race. (Photo by Ludovic MARIN / POOL / AFP)

First round abstention could reach a record high in the presidential election, with some voters distracted by the war in Ukraine, others bored of an election largely seen as a foregone conclusion and many simply not inspired by any of the candidates.

A poll released by IFOP suggests that 30.5 percent of the French electorate might not bother to  cast their vote.

Among them is Thomas Tréhin, who runs a ceramics business in the Alpes-Maritimes. He cannot identify with the platform of any of the 12 candidates running in the contest and views French President Emmanuel Macron’s preoccupation with Ukraine and absence from the campaign trail as a “denial of democracy”.

“I will not vote in this masquerade of an election,” he said.

While Macron is still widely tipped to win re-election, various media reports suggest his campaign team is worried that a low turnout could make things difficult for him. But are their concerns justified?

A history of abstention in France

France, like most other European countries (Belgium and Luxembourg are notable exceptions), does not legally oblige its citizens to vote.

The abstention rate in France is taken to mean the percentage of registered voters who do not cast their vote on polling day. Those who return a vote blanc are not considered to have abstained. Those who issue a vote null, by incorrectly filling out the vote form (often by mistake), are also not included in the abstention rate.

The record for first round abstention under the Fifth Republic was 28.4 percent back in 2002, with Jacques Chirac going on to secure re-election.

READ MORE What is the French Fifth Republic?

More often than not, abstentionism drops in the second round of the presidential election, although this was not the case in 2017 when Macron first swept to victory. 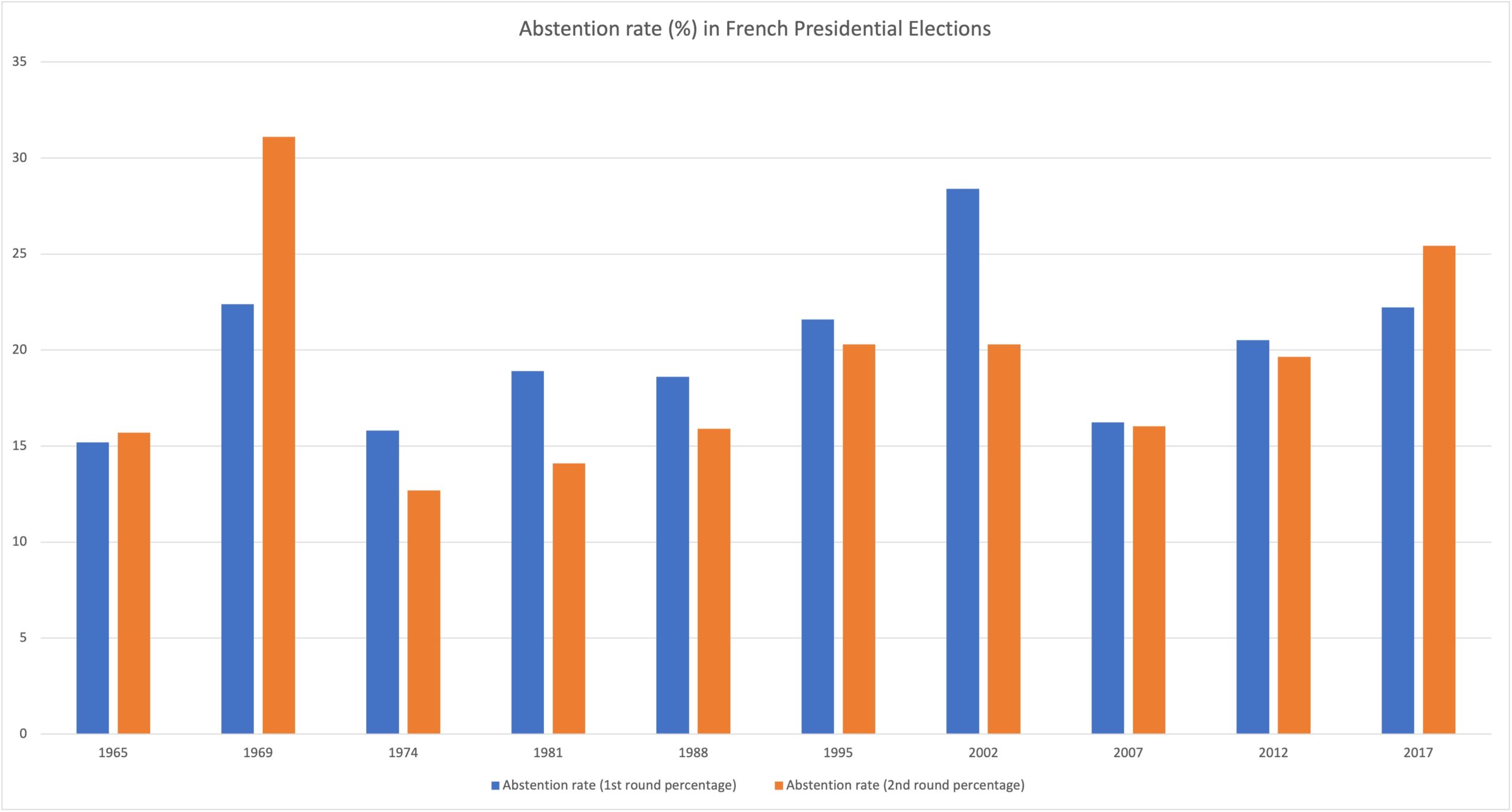 The abstention rate in French presidential elections has ranged between 12.7 and 31.1 percent during the 5th Republic. The blue bars indicate the percentage of registered voters who did not visit polling stations during the first round while the orange ones indicate second round abstention. (Source: The Local)

Overall, abstentionnisme in most elections has been rising rise in France since the 1980s.

What is behind falling election turnout in France?

The long term decline in voter turnout can be explained by a growing feeling that voting won’t change anything, according to Adélaïde Zulfikarpasic, the director of polling at BVA, a research and consulting group.

She believes that not only are France’s political leaders “less inspiring” than in the past, but also that long-term trust in politicians is fading.

“My hypothesis is that we are living in an increasingly globalised world where nation states have less autonomy than in the past,” she said.

“The government can make promises but is ultimately limited by the constraints of Brussels and the global economy.”

Zulfikarpasic, whose book Les Français sur le fil de l’engagement has just been released, believes the war in Ukraine could have a particularly damaging impact on turnout in April.

“Ukraine could overshadow the election and hurt purchasing power – an issue on which lots of French people are not satisfied with the proposals put forward by the candidates. It could crush democratic debate and deplete French interest in the campaign even further,” she said.

Views on the extent to which a low turnout could influence the presidential race are varied.

Bruno Cautrès, a Paris-based political scientist, believes the impact will be marginally beneficial to Macron’s bid for re-election.

“Abstentionism will touch working class categories more – these is an important support base for candidates like Marine Le Pen and Jean-Luc Mélenchon. This could be an advantage for Emmanuel Macron who is supported by the middle and upper classes who generally turn up to vote anyway,” he said.

Wissam Xelka runs a campaign group in Seine Saint-Denis called La Banlieue Vote, which aims to encourage voting in the working class suburbs of France. Last week he took to the streets four times to speak with members of the public.

“There are some people who believe voting is pointless and that they are ignored by politicians – it is sad,” he said.

“When you look at studies of the people who abstain, it is often people living in working class neighbourhoods who are immigrants or come from immigrant families. Politicians like Eric Zemmour, Valérie Pécresse and even parts of the left stigmatise us.

“We explain to people  that the 2022 election is very important, considering the national context – particularly given the rise of racism and islamophobia. We tell them that they should vote so that politicians start paying attention.”

For Zulfikarpasic too, it is urgent to rebuild trust in the country’s politics.

“There is a growing gap between politics and civil society,” she warned. “Representatives are seen as less and less legitimate because they are elected by fewer and fewer people.”