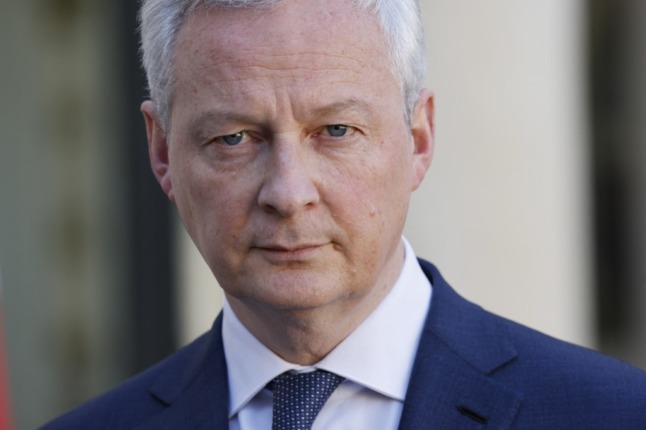 Finance Minister Bruno Le Maire made the prediction on Franceinfo, a day after France, the EU and others said they would impose a new round of sanctions on Russia.

The balance of power in the sanctions stand-off between the European Union and Russia is “totally” in favour of the EU which “is in the process of discovering its own economic power”, he said.

The French finance minister is already in the process of drawing up a list of oligarch-owned assets in France, including yachts, property and bank accounts, for seizure.

After the Russian central bank raised its key interest rate to 20 percent on Monday, “companies can only borrow at high rates”, Le Maire said.

Le Maire acknowledged that ordinary Russians would also suffer from the impact of the sanctions, “but we don’t know how we can handle this differently”.

Le Maire said he would talk to France’s two energy giants TotalEnergies and Engie in the coming days to decide on their involvement in Russian energy projects.

There was now “a problem of principle” with any collaboration with people close to Putin, Le Maire said.

His remarks, which came after other energy majors including Shell and BP announced that they would pull out of Russia, cause Engie’s share price to slump by five percent in early Paris bourse trading Tuesday.

An aide to French President Emmanuel Macron also told reporters Monday that the imposition of new sanctions, which are to “raise the cost” of Putin’s war, was “a priority”.

France’s first Constitution came into force in 1791, written by the French Revolutionaries and promising liberté, egalité and fraternité.

Those values are still very much in evidence in France today (in fact they’re carved into every public building) but in 1791 medicine involved bleeding, social networks meant gossiping with your neighbours over the wall and wigs made out of horsehair were very fashionable – in short, things change.

And the French constitution changes with them.

Since 1958, there have also been 24 revisions to the constitution. Introducing it, then-President Charles du Gaulle said “the rest is a matter for men,” (we’ll give him the benefit of the doubt and assume he meant people, since women did have the vote by then) in other words, he envisaged that it would be revised when necessary.

So the short answer is that constitutional change in France is possible – and there is significant precedent for it – but there are several steps involved.

What does it take to change the Constitution?

Changing the constitution in France requires Presidential approval, plus the approval of both houses of parliament (the Assemblée nationale and the Senate) and then the approval of the final text by a three-fifths majority of two parliaments.

The other option is a referendum, but only after the two assemblies have voted in favour.

In short, it needs to be an issue that has wide and cross-party support.

Articles 11 and 89 of the French constitution cover changes.

Article 11 allows for a constitutional referendum, which is a tool that is intended to give the people decisive power in legislative matters. A high-profile example of this is when former French President Charles de Gaulle employed Article 11 to to introduce the appointment of the president by direct universal suffrage in 1962, which modified then-Article 6 of the constitution. However, this method of changing the constitution is controversial, and can technically only be done for specific themes: the organisation of public authorities, economic and social reforms, or to ratify international treaties. Technically it does not require the referendum to first pass through parliament.

What did previous reforms cover?

Looking at the reforms in the last 60 years, the scope has been pretty wide.

The French Constitution was substantially amended to “take account of these new developments, needs, ideas, and values.” The goal of these amendments was to better “define and control the power of the executive, to increase the powers of Parliament, and to better assure the protection of fundamental rights.”

About 47 articles were amended or drafted, and some new provisions came into force immediately, such as the limitation to two consecutive presidential terms.

Examples range from the 2000 Constitutional referendum where French people voted to shorten the presidential term from seven years to five years; the 2007 constitutional amendment to abolish the death penalty, and several amendments to adapt the French constitution to make it compatible with EU treaties such as the Maastricht and Lisbon treaties.

Is a constitutional change more powerful than a law?

The most recent call for change – sparked by events in America – is to add the right to abortion into the constitution.

The right to abortion in France is protected by the “Veil law,” which was passed in 1975, so is there a benefit to adding it to the constitution as well?

Simply being a law does not give a definitive and irrevocable right to abortion in France and the law can be changed – parliament recently elongated the legal time limit for performing an abortion up to 14 weeks, which shows that under different circumstances lawmakers would be free to remove these provisions and chip away at the “Veil law.”

READ MORE: EXPLAINED: What is the law on abortion in France?

If a majority of deputés agreed on a text banning abortion it could become law (although there are other procedural steps to pass through and such a decision would be challenged in the courts). Whereas, as outlined above, changing a constitutional right requires a much broader consensus from across the political spectrum.

In short, enshrining the right in the constitution would provide further protection for the right in the event of a future government that is anti-abortion – Marine Le Pen, who came second in the recent residential election has always been very vague on whether she supports the right to abortion, while many in her party are openly anti-abortion.

Why has France had so many constitutions?

The simple answer is that France’s many constitutions have reflected the shift between authoritarianism and republicanism throughout French history.

France is currently on its Fifth Republic, and its history since the French Revolution has also involved several periods of restoration of the monarchy and a brief period under an Emperor – all of these different regimes have required their own constitution.

READ MORE: Explained: What is the French Fifth Republic?

During the tumultuous revolutionary period, France had several constitutions, culminating in “Constitution of the Year XII,” which established the First French Empire. When the monarchy was restored, a new constitution codified the attempt to establish a constitutional monarchy.

France’s current constitution ushered in the Fifth Republic, largely at the behest of General Charles de Gaulle who was called to power during the May 1958 political crisis. One of the defining characteristics of the Fifth Republic is that it is a democracy, though the executive (the president) holds a significant amount of power.

Could France have a new constitution in the future?

It is very possible. Former left-wing presidential candidate, Jean-Luc Mélenchon has proposed a Sixth Republic, which, according to France 24, would involve “proportional representation to make parliament more representative; giving citizens the power to initiate legislation and referendums, and to revoke their representatives; and scrapping special powers that currently give France’s executive right to pass legislation without parliamentary approval.”

Mélenchon failed in his 2022 presidential bid however, so the Fifth Republic is still – for the moment – on course to beat that longevity record. 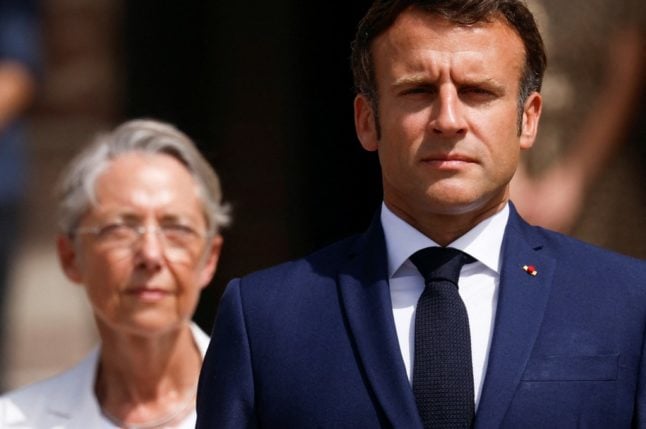