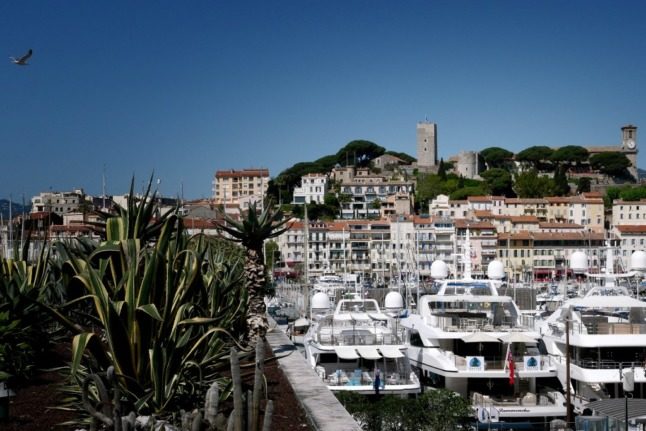 The French Riviera has long been a favoured playground for Russian oligarchs. Photo by Alberto PIZZOLI / AFP

The French Riviera has long been a playground for ultra-wealthy Russians, with many spending their summers on yachts or in their luxury villas on the Mediterranean coast.

“At the request of the president, we are continuing a full survey of the financial assets, real estate, yachts and luxury vehicles (in France) which belong to Russian personalities targeted by European sanctions,” Economy Minister Bruno Le Maire said Monday.

He added that France was also working on identifying the property of other Russians who might hit by further rounds of sanctions “because of their proximity with the Russian government.”

Foreign Minister Jean-Yves Le Drian, speaking beside Le Maire after a Monday morning meeting of France’s Defence Council, said measures would be taken “in a very short space of time” against “Russian propaganda organs” which were responsible for “disinformation” in Europe.

After Putin informed him of his decision to officially recognise two Russian-backed separatist provinces in eastern Ukraine last week, a prelude to his invasion, Macron warned him of the reaction, the Journal du Dimanche newspaper reported on Sunday.

“You know there will be very severe consequences,” the French president reportedly said. “You shouldn’t underestimate them.”