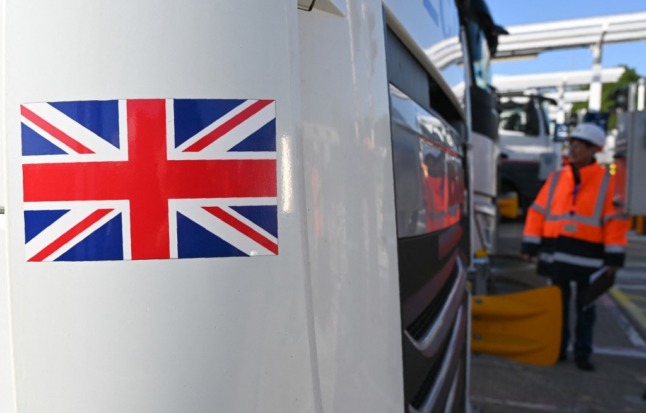 France will impose new rules on travel to and from the UK from Midnight on Friday night (00:00 Saturday) that means travellers will need “an essential reason to travel to, or come from, the UK, both for the unvaccinated and vaccinated.”

The French government has called on residents in France to postpone their travel plans to the UK.

“We are going to put in place even more drastic testing measures on the border with the UK,” said French government spokesperson Gabriel Attal.

“Our strategy is to delay as much as we can the development of Omicron in our country and take advantage to push ahead with the booster drive,” he said.

READ ALSO: Who is allowed to travel between France and UK under rules of ‘essential travel’?

The new restrictions apply to both vaccinated and non-vaccinated passengers.

As well as the ban on non-essential travel (here is a list of what is allowed under essential travel) France also said new testing and quarantine rules would be imposed from Saturday.

Antigen or PCR tests taken within 24 hours before departure will be required for all travellers coming from the UK instead of within 48 hours of boarding.

Everyone entering France from the UK will have to undergo a mandatory self-isolation period of ten days following arrival. The initial rule was a seven day quarantine, but this appears to have been updated.

However new arrivals can choose to take a test after arriving in France and if the result is negative they can end self-isolation after 48 hours.

All travellers from the UK will have to enter their details on an online platform before their departure to France. They must mention where they will be staying. Law enforcement authorities will check at the address you have listed to ensure you are not breaking quarantine.

People without French citizenship or residency, tourists and most second home owners are essentially barred from entering France under the new rules.

Residents of France and French and EU nationals are free to travel under the rules of essential travel.

From midnight Saturday (2300 GMT Friday) there will be a “requirement to have an essential reason to travel to, or come from, the UK, both for the unvaccinated and vaccinated… People cannot travel for touristic or professional reasons,” the government said in a statement.

“Faced with the extremely rapid spread of the Omicron variant in the UK, the government has chosen to reinstate the need for an essential reason for travel from and to the UK,” the statement said.

French citizens who want to travel to the UK must also meet the criteria for essential travel, which you can read more about HERE.

All travellers from France to the UK are also required to fill in this form before departure. The form suggests that French partners and children of British citizens will be able to travel to the UK.

However, the French government is asking people to postpone their trips and it has said clearly that trips for “tourism and professional” reasons are not allowed. And the French consulate in London have not confirmed to us whether or not French partners of British citizens will be granted entry for a Christmas holiday in the UK.

The underlying message is that it is going to become far more complicated to enter France from the UK and the move will likely throw Christmas holiday plans into doubt.

Earlier this week the French government had warned that new restrictions were likely.

Both France and the UK are grappling with rising Covid infections.

Whilst the 5th wave appears to be peaking in France, scientists believe a 6th wave, fuelled by the highly contagious Omicron variant, will follow shortly.

There are now at least 170 Omicron cases in France although the real number is likely far higher because not all positive cases are tested for the variant.

In the UK meanwhile, the number of Omicron cases is doubling every two to three days and forced the government to introduce stricter measures such as health passes.

Currently, in order to enter France from the UK, all travellers regardless of their vaccination status must provide a negative Covid test (PCR or antigen) taken within 48 hours of the departure time. This rule applies to all travellers over the age of 12, including French citizens and residents.

Most PCR tests for travel cost roughly double the price of antigen tests but some can be well over 100 euros.

Going through the toll booths on France’s motorway network now costs more – though the average 4.75 percent increase remains below inflation, and is lower than the price rise of between 7 percent and 8 percent predicted last September after Transport Minister Clément Beaune called for “reasonable increases”.

“We are well below the reference inflation rate of 6.33 percent,” Vinci Autoroutes, which manages nearly half of the French network, said in a statement.

Even so, motorists may not appreciate the motorway companies’ efforts to ease the effects of the cost of living crisis, as prices rise unevenly across the board.

Drivers heading between Lyon and Montpellier now have to pay an extra €1.90 to make their journey, up 6.7 percent on last year’s prices; and motorists will have to pay an additional €2.10 to make the five-hour journey along the A4 between Paris and Strasbourg.

In recent years, the annual rate of the annual increases has been lower. Tolls went up 2 percent on average last year, and just 0.44 percent in 2021. The annual increases are based on a formula that takes into account the rate of inflation and the amount of maintenance work undertaken, which is written into the motorway operators’ contracts with the government.

The stretches between Aubagne and Cassis (Bouches-du-Rhône) on the A50, between Villefranche-de-Lauragais and Toulouse sud (Haute-Garonne) on the A61, and between Orléans nord and Olivet (Loiret) on the A10, for example, will see no price increase.

According to Vinci, for every €10 in tolls, €4 is then paid to the government in taxes; €3.50 covers maintenance, modernisation and operating costs; and the remainder repays investors and services debts.

However, motorway operators are regularly singled out for the scale of their profits, recorded at €3.9 billion in 2021, 11 percent more than in 2019.

If you’re driving in French towns and cities, remember that you may need a Crit’Air sticker – full details HERE.