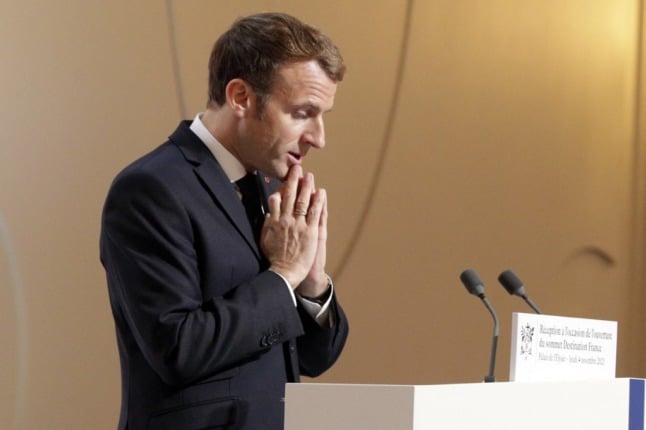 Macron is apparently “very worried about the health situation in Europe” and the Elysée has confirmed that he will make a live address to the nation on TV at 8pm on Tuesday.

So what, if anything, is he likely to announce?

It is thought that the subjects of booster shots, vaccination for children and the health pass will form the main thrust of the president’s speech.

As well as being likely to call on all those eligible to have their third vaccine dose, the president could also announce the expansion of the booster shot programme beyond those priority groups who are already eligible.

Certainly the general public seem to think that a booster shot regulation is likely – in the hours following the announcement on Friday that the president would speak, the medical booking app Doctolib reported a 61 percent increase in people booking their vaccine booster shot, with a total of 65,000 new appointments booked on Friday.

The French parliament has approved measures to extend the health pass legislation beyond its current expiry date of November 15th and it is likely that the president will confirm that the pass will remain in use beyond this date.

And as discussed, the third dose could be linked to the health pass, although this would pose a number of technical problems.

At present only those aged 12 and over are eligible for the vaccine, but with the US giving the go-ahead for over 5s to get vaccinated and Pfizer applying for a licence for younger children, Macron could also address this issue.

Take-up among the 12-18 age group, who are required to use the health pass, has so far been relatively high since the vaccination programme opened to them in the summer.

Previous TV appearances by the president have heralded another lockdown, but this seems very unlikely this time.

Although case numbers are rising in France they are still only at around 6,600 new cases per day. This is both a lower rate than many of France’s neighbours and a comparable rate to that recorded when France exited lockdown restrictions in the spring and winter of 2020.

There has been some concern at the high case numbers over the Channel in the UK, leading to speculation about possible extra restrictions on travellers from the UK.

However previous presidential speeches have not concerned travel – new travel rules are usually announced separately – and although cases in the UK remain high, they appeared to have plateaued at around 40,000 cases per day and begun to fall.

READ ALSO Is France likely to impose new travel restrictions on the UK?

One thing that we do know about this speech is that it won’t concern only the health situation. Sources at the Elysée have told French media that Macron will also talk about the economy and the government’s France Relance plan to restart the economy in the aftermath of the pandemic.

Much has already been announced from this plan, but there could be new announcements or just a recap of the measures in place and the latest economic situation.

Macron may also mention the controversial pension reforms which were put on hold during the health crisis. He has previously said the plan to reform France’s pension system – which back in December 2019 and January 2020 caused almost two months of transport strikes – will be resurrected “as soon as the health situation permits”.

The Local will be covering the speech live from 8pm.