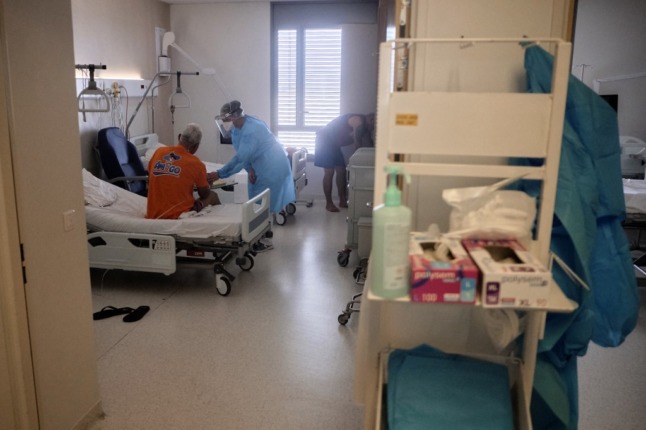 MPs in the Assemblée nationale on Wednesday agreed to the extension of health pass legislation.

This doesn’t necessarily mean that the pass itself will be in use until then – there is already discussion on phasing it out by area or by sector from November – but that it could be reintroduced without further parliamentary debate if needed.

The debate in the Assemblée nationale came as France reported a slight but sustained rise in case numbers, after two months of steadily falling cases.

“For several weeks, the situation has improved significantly in our country, thanks to the efforts of the French, the deployment of vaccination,” he said. “But what we’re seeing is that for a little less than a week, the trend seems to have reversed and the epidemic is regaining ground.”

He qualified that the increase was low and that it was too early to speculate on whether this is the beginning of a fifth wave.

Case numbers in France had for two months been showing a steady decrease, with a corresponding decrease in hospital admissions and deaths – the latest data shows a daily average of 4,649 new cases a day, with 1,049 Covid patients in intensive care and 41 deaths in the 24 hours preceding October 18th. However the last week has shown a slight but steady increase, with a daily average of cases up 10 percent on the previous week.

The graph above, from Le Parisien journalist Nicolas Berrod, shows the incidence rate – cases per 100,000 people – from March to October 2021, with cases falling in June, spiking again over the summer as the delta variant hit, and then falling from August – as the health pass was introduced and widespread vaccination took effect.

The majority of areas of France still have an incidence rate of below 50 cases, per 100,000 people – as the map below shows – but this week the département of Lozère was forced to reinstate mask-wearing in primary schools after its incidence rate rose above 50. Experts have cautioned, however, that the sparsely-populated nature of Lozère can mean that a slight increase in case numbers can dramatically affect the incidence rate. Incidence rate by département, with départements in green under 50 cases per 100,000. Map: Covidtracker.fr

As well as looking to extend the period that the health pass is in use, France has also begun its booster campaign for vaccines amid increasing evidence that the effectiveness of Covid vaccines wanes over time.

People in high risk groups such as the elderly or ill can now get a booster shot six months after their last dose – meaning that anyone in a high risk group vaccinated before mid April is now eligible for a booster.

READ ALSO How to get your Covid booster shot