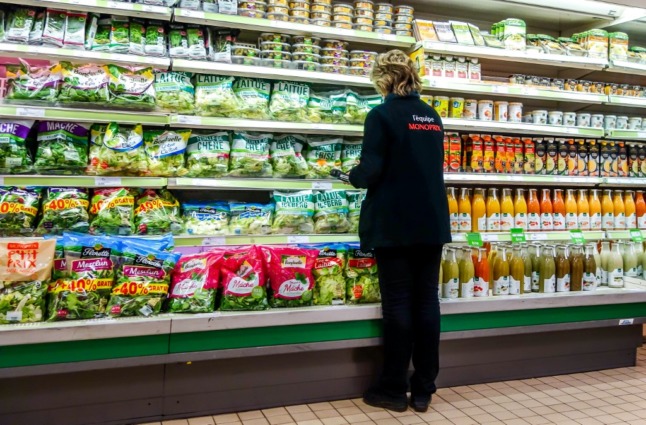 The True Fruits juice drink had shocked some parents due to the nature of its packaging.

Titled Edition spéciale Rentree 2021 (special edition for the return to school 2021) the juice comes in a bottle that has the appearance of being covered in graffiti scrawled by teenagers.

READ ALSO Why do the French love to say f**k so much?

But in the end it was four little letters that most people missed that caused the biggest storm – ACAB. The English language acronym (all cops are bastards) sparked the ire of France’s police unions. Alliance Police shared the image on Twitter saying: “When a fruit juice brand makes its money on anti-cop hatred.”

The union added that this was “the perfect way to destroy relations between the police and the community” and tagged interior minister Gérald Darmanin.

Axel Ronde, general secretary of the Police en Avant union, added: “How can you tolerate anti-police inscriptions on your product?”

The German brand True Fruits – known for its provocative labelling – has so far not commented, but French supermarket chain Monoprix has announced that it will be removing the drink from its shelves, saying on Twitter: “We do not tolerate this type of message on products listed in our brand.”

Even before the drink hit the shelves, relations between the police and community have been tense in France for some time, with many accusing the police of violence and racism. There have also been repeated attacks on police officers.

ANALYSIS: How did France’s relationship with its own police get so bad?

2020 saw a series of protests in France over police violence, connected to the Black Lives Matter movement, but also sparked after police in Paris were caught on camera beating up a black music producer.

President Emmanuel Macron said that the images “shame us” and is putting forward proposals to increase independent oversight of the police.

But even his use of the term ‘police violence’ met with a furious response from police unions, which in December 2020 called for a “total blockade” over his calling out of racial discrimination during police stops and ID checks.