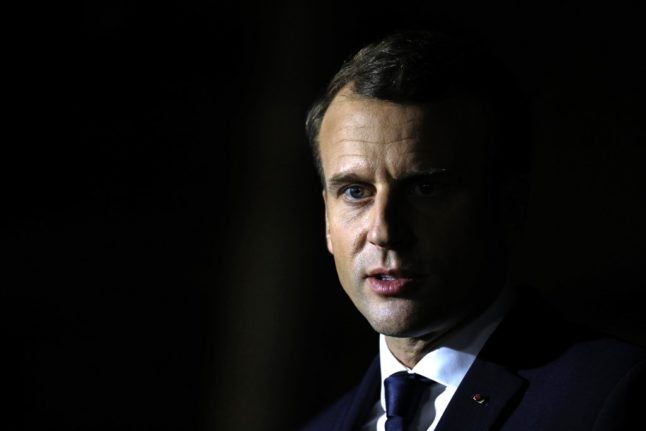 Macron summoned cabinet ministers and parliamentary leaders to a crisis meeting Monday to rapidly produce “suggestions to re-establish confidence” between the police and the population, government sources said.

The meeting was called after an examining magistrate charged three of officers with “wilful violence by a person holding public authority” and “forgery” following the beating of a man in Paris on November 21st.
A video published last week showed music producer Michel Zecler repeatedly beaten by three officers for several minutes and subjected to racial abuse as he tried to enter his music studio.
Two officers were kept behind bars while the other two were put on conditional release.

The officer suspected of having thrown a tear gas grenade into the basement of the building where the attack occurred was charged with “wilful violence”.

Later on Monday, Interior Minister Gérald Darmanin will face questions from a parliamentary commission over the new security law, which would restrict the right of the press – and of social media users – to publish images of on-duty police.

The prosecution had requested pre-trial detention for the first three, and a judicial review for the fourth.

Lawyers for the group of three of the officers declined to comment after the magistrate's decision early on Monday morning.

The video showing the beating of Zecler became a rallying cause for anger against the police in France, accused by critics of institutionalised racism. Commentators say that the images of the beating – first published by the Loopsider news site – may never have been made public if the contentious Article 24 of the security legislation was made law.

The bill would criminalise publishing images of on-duty police with the manifest intent of harming their “physical or psychological integrity”.

It was passed by the National Assembly although it is awaiting Senate approval.

Masses of people took to the streets in Paris and several other French cities on Saturday to protest the new security law. The interior ministry said 46,000 people marched in Paris and 133,000 in total nationwide while organisers said the figure was 200,000 in Paris and 500,000 nationwide. French riot police officers take position next to a burning barricade during the protests in Paris on November 28th. Photo: AFP

The protests in Paris saw a brasserie set alight, cars set on fire and stones thrown at security forces, who responded with tear gas and anti-riot tactics.

Among those hurt was an award-winning Syrian photojournalist, Ameer Alhabi, seen with a bruised face and much of his head covered in bandages in AFP photos. A firefighter carries on a stretcher Syrian freelance photographer Ameer Al Halbi who was injured during clashes in a demonstration against the 'global security' draft law, restricting sharing images of officers. Photo: FP

Christophe Deloire, secretary general of Reporters Without Borders, tweeted that the 24-year-old had been wounded at Place de la Bastille by “a police baton” and condemned the violence.

The controversy over the law and police violence is developing into another crisis for Macron and his government as he confronts the pandemic, its economic fallout and a host of problems on the international stage.

Macron said on Friday that the images of Zecler's beating “shame us” and asked the French government to come up with proposals to “fight against discrimination”.

For critics, the legislation is further evidence of a slide to the right by Macron, who came to power in 2017 as a centrist promising liberal reform of France.

A series of high-profile cases against police officers over mistreatment of black or Arab citizens has raised accusations of institutionalised racism. The force has insisted violations are the fault of isolated individuals.