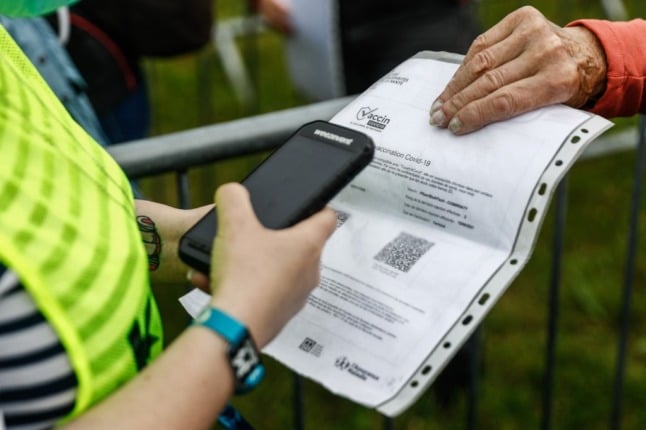 The extension of the health passport will make daily life more difficult for the unvaccinated. Photo: Sameer Al Doumy/AFP

Now we know. The French never like being told what to do but they do, if politely threatened, do what they are told.

They may even prefer it that way. It reminds them of their school days.

Well over one million French people made appointments for a first vaccination in the hours following President Emmanuel Macron’s televised address to the nation last night.

Macron said he was not going to make vaccination compulsory (yet) except for those in the health and caring professions. But he made it clear that “normal life” after August 1st would be complicated, even unpleasant, for those who were not vaccinated.

No going to the café, eating in restaurants, no cinema, no theatres, no visiting relatives in hospital, no travelling long distance by train or bus unless you had a “health pass”. To have any fun you will have to be vaccinated; or have constant Covid tests; or have documentary proof that you have recovered from the virus.

And from October repeated “social” tests for Covid will not be paid for by the French health system. In other words you might have to pay €30 or so every few days to carry on going to the café unvaccinated.

First, the Delta variant of Covid threatens to produce a fourth wave of the pandemic in France this summer or early autumn. Cases are now running at around 4,000  a day, up by 64 percent in a week.

There are likely to be 20 to 30 thousand cases a day again by late August if France follows the UK pattern. Vaccination  means that there will not be the same number of acute cases and deaths as in wave one to three. But occupation of acute beds IS beginning to climb in Britain; and Britain is much more vaccinated than France.

Secondly, the rate of vaccination of the French population – especially younger people – has fallen off a cliff since the record days of May. From 400,000 a day, the first-jabbing rate has fallen to around 170,000 a day.

Several explanations are offered for this slowing in demand. After the first rush, France has run into the layers of the vax-reluctant, vax-lax, vax-shy and a hard-core of vax-resisters. Nothing much can be done about that last category but their numbers are not so great as polls last year had us believe.

Older age groups in France are now pretty thoroughly vaccinated (over-80’s are more than 80 percent first jabbed; 75-79’s 90 percent and so on). These figures still need to be higher but the real problem is the unvaccinated young who are by far the biggest proportion of those catching and passing on the new, more contagious Covid variant.

As of a couple of days ago only 46.5 percent of  25-29 years old in France were first vaccinated and only 25.4 fully covered. It was the other unvaxxed 54.5 percent that Macron’s big stick was aimed.

It was they, overwhelmingly, who responded by making appointments on the Doctolib and other booking sites last night and earlier today – over 1.3 m bookings by Tuesday lunchtime.

Macron said that compulsory vaccination of the entire population had not been ruled out…for the time being. He said that he “trusted” the French to do the right thing (with a couple of swipes from his big stick to encourage them).

Compulsion has been introduced, however, for the caring and health professions and other workers, like firefighters, who are in direct contact with the Covid-vulnerable. Why this should be necessary defeats me.

The figures are sketchy but it seems that a high proportion of French doctors are vaccinated (by no means all) but the percentage falls sharply for other health workers such as nurses. Only an estimated 60 percent of staff in care home for the elderly are first-vaccinated.

Why? I put this question to a couple of experts some time ago. They said, in effect, that a little knowledge is a dangerous thing. People in the medium to lower ranks of the health profession have enough scientific knowledge to be taken in by some of the pseudo-scientific anti-vax nonsense on the internet. They don’t have the knowledge to see through it.

In any case, from September 15th they risk being suspended and eventually fired if they do not get vaccinated.

Macron, it seems to me, got the contents and tone of last night’s statement about right.

Questions should be asked all the same about the government’s vaccine strategy. It improved enormously in March to May after a slow start. By my calculations, something like 68 percent of French adults have now been first-vaccinated (plus 800,000 of 12-17 year olds). Adults are around 53 percent fully covered.

But the government took its foot off the pedal last month (even with the Delta variant already threatening). It accepted that French people were not likely to be vaccinated in great numbers in late July and August when the country pauses for its holidays, pandemic or not.

The target of 40 million first vaccinations, originally set for July 15th, was put back to the end of August.

It is this blunder, as well as the vax-laziness or vax-resistance of the young, which obliged Macron to get out the big stick last night. 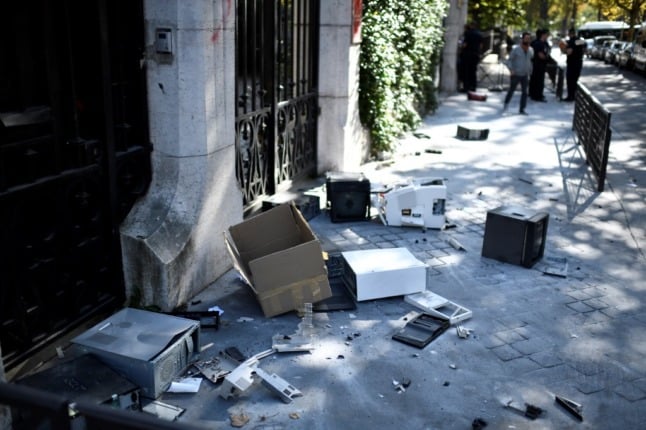 PARIS
OPINION: The real ‘trashing’ of Paris is not cycle lanes and benches, but gentrification 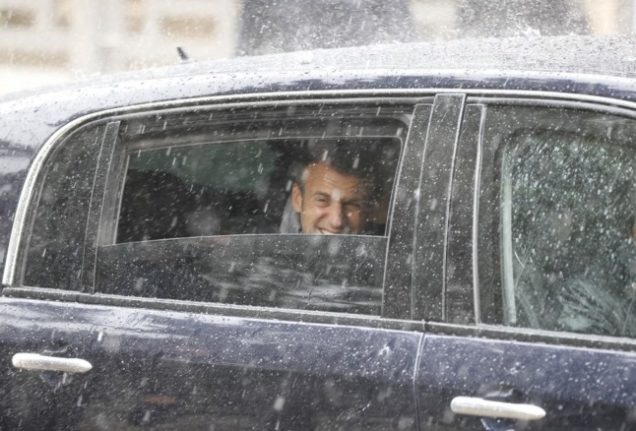 POLITICS
OPINION: The winner of France’s elections was neither Macron nor Le Pen, but apathy

PARIS
OPINION: The real ‘trashing’ of Paris is not cycle lanes and benches, but gentrification

POLITICS
OPINION: The winner of France’s elections was neither Macron nor Le Pen, but apathy
Url copied to clipboard!