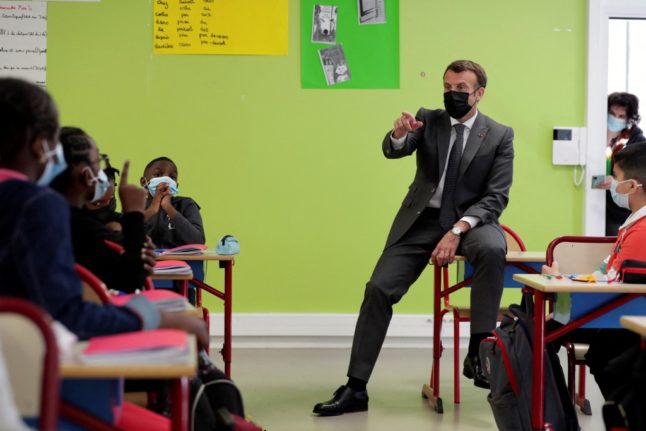 The first gamble was to ignore experts in late January who advised an immediate, further lockdown to quell the UK variant of Covid-19.

The second gamble was to impose only a partial lockdown on March 31st when – after a period of reprieve – the UK variant did finally send cases and acute cases soaring.

The third gamble was announced by the Prime Minister, Jean Castex, on Thursday. The partial lockdown will be partially lifted from May 3rd, even though new Covid cases and pressure on acute care remain at levels previously regarded as unacceptable.

Further easing – the opening of restaurant terraces, non-essential shops, sports facilities and art galleries – will follow in mid-May if the pandemic figures improve.

READ ALSO Calendar: When schools, shops, bars and museums can reopen in France

This opening is likely to be “territorial”. Parts of France, such as Brittany and the south west where the virus is weak, may be allowed restaurant lunches or clothes shopping before the pandemic black spots like the greater Paris area and the industrial north east.

MAP: Where in France has the lowest Covid rates?

There is no doubt, if you look at the figures, that the third French wave of Covid has crested or has at least reached a high plateau which is sloping very gradually downwards.

Intensive care occupation by Covid patients has been broadly stable at just below 6,000 for almost two weeks. New cases have flat-lined at around 33,000 a day. The incidence rate – new cases per 100,000 people over 7 days – has fallen to 337, compared to over 400 two weeks ago. President Macron may be right to bet that this downward trend will continue. He made a similar leap of faith last May when he opened schools before the medical experts (and his then Prime Minister, Edouard Philippe) thought that it was sensible to do so. That hunch proved to be justified.

Maybe the third wave of Covid will subside rapidly as the weather improves like the first wave did last May and June. Epidemiologists fear that this will not happen again because the UK variant – now at least 82 percent of French cases – is more tenacious and harder to eradicate than Covid version originale.

And yet new cases, acute cases and deaths in Britain have fallen off a cliff in the last month or so. That has partly been driven by the successful UK vaccine programme.

The French programme has also gathered pace and has reached (as of last night) 13.5m first vaccinations, covering more than 25 percent of all adults. That must have its effect soon. Covid deaths in French care homes, where almost all residents have now been first-jabbed, have already fallen to a trickle of only 5 or 6 a day.

Macron is taking a huge gamble all the same.

He is easing restrictions when the pandemic remains at levels once considered by the government to be dangerously high. The official “safe” level for Covid patients in acute care declared last Autumn was 3,000 – half the present figure. New cases are now roughly the same as they were when he imposed his “lockdown light” on March 31st.

Abandoning the 10 kilometre roaming limit and the need for an attestation or written self-justification for leaving home may be relatively risk-free. By my observation, and not just mine, they were scarcely observed in any case. I was in Caen in Normandy the other day (for legitimate reasons) and the pedestrian and car traffic was little different from a normal week-day.

But Macron also appears determined to go ahead with the more radical easing – restaurant terraces, museums – from mid-May. I suspect that the main reason that Castex gave no firm promises or details on Thursday night was to allow Macron to have that honour. The President is expected to make another nationwide TV address next week.

So why the rush? And why this new gamble?

Secondly, although no one will say so officially, Macron fears the effect on public opinion or public morale if France remains locked down (even locked-down lite) while Britain begins to open up.

There are perfectly sound reasons to balance health risks and damage to public morale – damage which carries health and other risks of its own. But the political-magnetic field of the presidential elections one year from now is evidently exerting a dangerous pull.

Macron wants good news. He wants the beginning of a positive narrative.  He may be lucky. His latest hunch or gamble may prove justified.

But it is a gamble all the same. France is like a recovering patient who is being asked to leave hospital before his or her doctors think that it is sensible to do so. 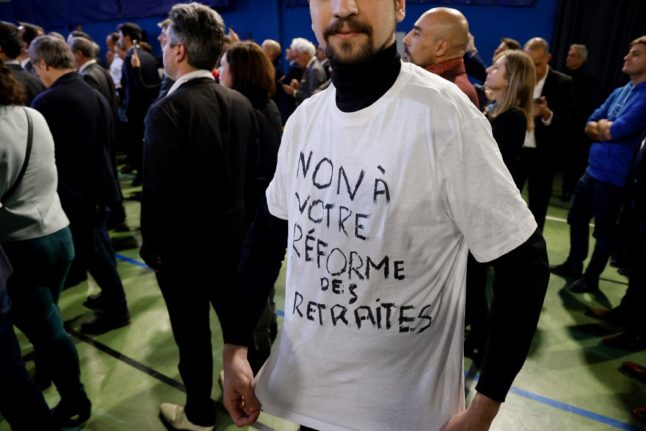