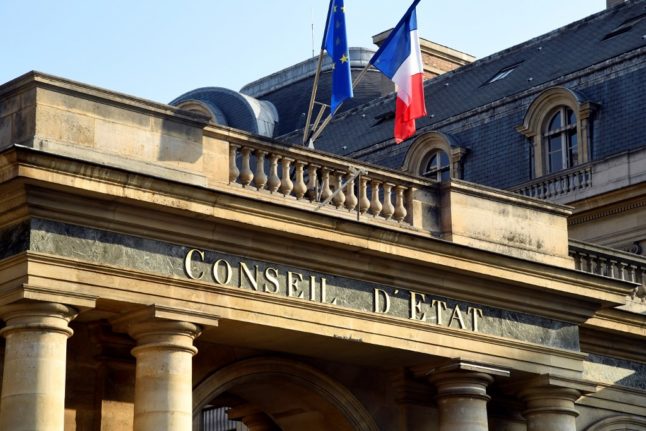 Like a lot of of venerable French institutions, this one was founded by Napoleon, who created the Conseil d'Etat (state council) in 1799.

If you've ever visited Paris you will have almost certainly seen the rather grand building that houses the council, as it sits opposite the Louvre in Place du Palais Royal.

What does it do?

The council has two main functions; to advise the government on new laws and decrees and to act as an arbitrator in disputes between the government and members of the public.

The council scrutinises bills before they come before parliament and advises the government on the legality of what they are proposing.

This is advice only, and the government is free to ignore it, but a government that proceeded with a bill that the Conseil d'Etat judged unlawful or inappropriate would find itself vulnerable to later challenges at the Conseil constitutionnel (more on them later).

An example of this would be President Emmanuel Macron's new bill to combat Islamic extremism – in its original form it proposed a virtually complete ban on home-schooling children. The Conseil d'Etat judged this excessive and not backed up by evidence that showed that home-schooling was a major cause of radicalisation, and by the time the bill came before ministers for approval, it proposed only extra controls on home-schooling.

Its second function is to act as referee in cases where a member of the public is in dispute with the government over an aspect of policy.

It is the highest authority on administrative matters where the state and an individual are in dispute, so is where cases end up after they have been through lower administrative courts.

It is also the final arbitrator on disputes relating to local and European elections.

Who is on the council?

The full council is made up of 230 people. Nominally, the Prime Minister is head of the council, but its day-to-day functioning is run by the vice-president, who is the 7th most important person within the hierarchy of the French state.

Below the vice-president the council is divided into seven tiers of employees, from section presidents to administrators.

It is a prestigious role and it recruits generally from the upper ranks of graduates from the Ecole nationale d'administration.

READ ALSO Five things to know about the Academie française

Why is it in the news now?

Over its two centuries of operations, the council has been heavily involved in pretty much all of the key moments in France's history, but it's making a lot of headlines at the moment.

The main reason for this is the pandemic – with lockdowns, curfews, compulsory masks etc the government is bringing in restrictions on personal liberty that at other times would be unthinkable.

The Conseil d'Etat therefore has the difficult job of ruling on disputes over these rules and balancing the need for public health protection with the liberté that is a cornerstone of the French state.

In recent days the council has rejected a request from the hospitality unions to lift the closure of bars and restaurants but agreed that the government should relax its rules on religious services.

There's another very important 'council' within the French state, the Conseil constitutionnel (constitutional council). This is the highest authority on constitutional matters and functions more like a court.

Its role is to scrutinise new laws and decrees after they have been passed by parliament, but before they are officially signed into law by the president, to ensure that they conform to the values and principles of France's constitution.

This is why sometimes laws are passed in one form, but end up on the statue book in a slightly altered form – for example when the first lockdown was lifted in May, the government brought in a string of extra measures including a 10-person maximum for gatherings.

Originally this was intended as a rule for all gatherings, but the Conseil constitutionnel decided that it was unconstitutional to impose laws on private gatherings within a person's own home, so by the time the decree appeared in the Journal officiel, the 10-person limit referred only to gatherings in public. Since then, although various ministers have advised people to restrict gatherings to a maximum of six this has only ever been a recommendation and not a rule.

The Conseil constitutionnel will also be scrutinising, once it passes through both parliaments, the highly controversial new security bill that has seen tens of thousands of people taking to the streets to protest.

The council also has responsibility for the supervision of presidential and parliamentary elections and referendums.

For French-speakers, this video shows a reporter for news show Quotidien visit the Conseil d'Etat and find out more about its work.