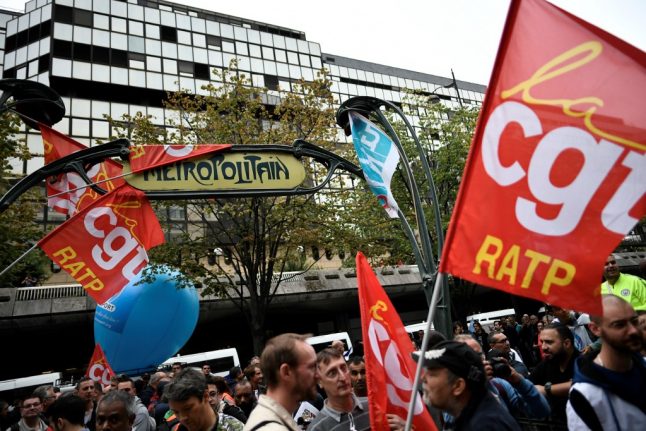 Striking transport workers forced tens of thousands of commuters in Paris to either walk, cycle or scoot to work or just stay at home.

It was described beforehand as the biggest disruption caused by industrial action in a decade.

While commuters put a brave face on the situation, unions insisted their action was justified in protest against President Emmanuel Macron's planned pension reforms. The three main RATP labour unions have called it “a shot across the bow” against Macron's pledge to implement a “universal” pension system that would do away with dozens of separate schemes for different professions.

“I've been at RATP since 1996, I've never seen anything like this, so many strikers of all departments, even with some executives involved. It's because the pensions affects everyone,” Marc Brillaud , secretary at SUD RATP union told Le Parisien newspaper.

Laurent Djebali from the union Unsa RATP added: “Retirement is sacred. It's the only plus given the requirements of the job; working at night, the pollution in the tunnels…”

Nicolas Ronfort-Milhas from the CFE-CGCE union added: “A Metro driver can start at 4am one week, then finish at 2am the next. The week after he might work afternoons. That has a huge impact on the biological clock.”

RATP workers including drivers and station controllers can retire at 50 or 52 depending on when they were born and how many years they have worked.

Their pensions are calculated on their last six months' salary before retirement as is the case for all public service workers in France.

But unions say most workers do not retire that young because they couldn't live off their pensions. Most carry on working to build up their retirement income. During his 2017 presidential campaign, Macron pledged not to touch the current legal retirement age of 62 for most workers.

But Jean-Paul Delevoye, who is leading the reform project, has suggested a points system that would effectively wipe out the more advantageous pensions for a wide range of professions, including those for sailors, notaries and even Paris Opera workers.

More controversially, Delevoye has also proposed making a full pension available only from 64 – people who retire earlier would have to accept a lower pension: five percent less for someone who stops working at 63, for example.

Consultations are currently being held with labour unions, and the government wants parliament to vote on the project next spring.

But unions for Paris transport workers believe any new pension scheme will see them lose up to €500 a month on their retirement income which will clearly hit them in the pocket.

“We could lose between 20 and 30 percent of the value of our pensions,” said Marc Brillaud from the Sud union, who also said unions were also motivated to strike by fears of privatisation.

He warned that the industrial action would continue and unions have threatened rolling strikes in the months ahead.

READ ALSO Call for 'unlimited' strikes in Paris until December