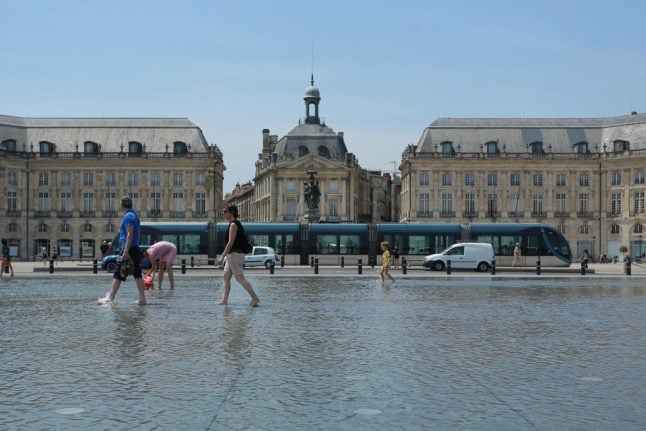 Much of France was on heatwave alert on Tuesday with the canicule set to last until Friday.

Forecasters have warned that temperatures could rise to record levels in parts of the country this week incuding the country's capital Paris, where the record has held strong since 1947.

It's possible that the country's highest ever temperature of 46C, set in the département of Herault during last month's heatwave, could also be beaten this week.

Here are some cities in France that could see the mercury rise to record levels this week. The list is clearly not exhaustive with many towns including Reims, Bourges and Clermont-Ferrand set for record-highs.

“Thursday (July 25th) will be a potentially historically hot day,” said François Jobard – a forecaster from Météo France.”We are forecasting 41 or 42 degrees in Paris on Thursday and there is the strong chance of beating the record,” he added.

The highest ever temperature recorded in Paris was 40.4C in 1947. Since records began in 1873, this was the only time a plus-40 temperature was recorded in the French capital, he said.

Forecaster Regis Crépet from La Chaine Méteo website said records will be broken in the towns around Paris if not the capital itself.

“Whatever happens in Paris records will be broken in the Île-de-France (greater Paris) region,” he said.

The Pink City in the south west of France is already heating up.

On Monday night Toulouse broke the record for its warmest ever nighttime temperature, which was a staggering 24.6C.

The city in the south west is no stranger to high temperatures of course but forecasters believe the record temperature of 40.7C could be broken this week. They suggest the mercury could pass the 41C mark.

Like Toulouse, Bordeaux has also already seen one record tumble this week with Monday's nighttime temperature of 24.8C the warmest ever recorded, beating the previous record by a full 1C.

This week forecasters believe the thermometer will likely pass the 41C mark. Bergerac in Dordogne is one place to avoid over the coming days if you can.

Forecasters in France believe the temperature could hit a horrible 42C, well above the current record of 41.1C.

The highest ever temperature recorded in July for Bergerac stands at 38.7C, which looks like it will easily be broken.

As the heatwave moves across France this week, the city of Poitiers in the region of Nouvelle Aquitaine will warm up, perhaps to a record level.

While the current record temperature for the city in the Vienne département is 40.8C, recorded in July 1947, forecasters believe the mercury will push past 41C this week.

If records are going to go it will likely be on Tuesday afternoon or Wednesday.

Nighttime temperatures in the area will also be uncomfortably high this week.

While its proximity to the sea might mean those living in Nantes (Les Nantais) are usually spared the worst of France's heatwaves, this week will be slightly different.

While the record temperature stands at 40.3C, forecasters believe it is under threat.

However those further north and west in the region of Brittany can gloat as they won't be affected by this week's heatwave.

As the heatwave spreads north and west on Thursday the city of Orléans in central France could see its all-time high temperature of 40.3C beaten.

Forecasters are predicting the mercury will rise to between 37C and 39C in the city on Wednesday but up to 41C on Thursday.

“On Thursday it will be hotter in Orléans than Nimes. Between Orléans and Paris on Thursday the weather will be torrid,” La Chaine Météo's Regis Crépet said. In Amiens, where the all-time high temperature stands at 37.8C, the mercury is forecast to hit 40C on Thursday.

The northern city that stands on the Belgian border is normally a pleasant place to be in summer, but not this week.

The record high temperature of 37.7C will be under threat on Thursday with forecasters predicting highs of between 37C and 39C.

But cheer up – all this is set to come to an end on Friday when storms are forecast to lash the country and bring temperatures right back down.