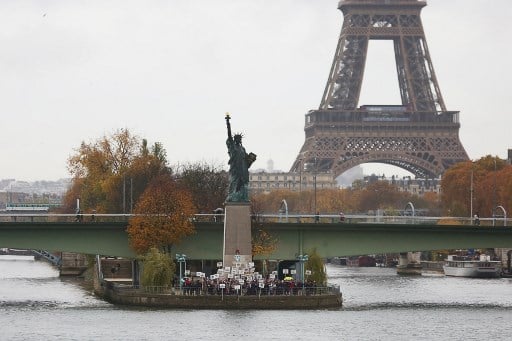 Dual nationality can lead to a tax nightmare for Americans in France. Photo: AFP

Because the United States imposes taxes based on both residence and citizenship (and automatically makes almost all children born within its borders or to an American parent US citizens from birth) many people who live in France and hold French citizenship are still required to annually file US tax and information returns that carry heavy monetary penalties if not timely submitted.

This can be true even if the individual owes little or no actual US tax because of credits granted for French taxes paid and regardless of whether the person ever held a US passport or registered with the US government.

And hiding is increasingly difficult: since France and the United States signed an intergovernmental agreement implementing the US Foreign Account Tax Compliance Act (FATCA) in 2014, the French Ministry of Finance shares with the US Department of the Treasury and Internal Revenue Service (IRS) information on US individuals who own French financial accounts and who may not be compliant with their US taxes.

Faced with these realities, many dual citizens look to renounce US citizenship.

This is particularly true for ‘accidental Americans’ – people who were born in the US and therefore hold citizenship, but who may have lived in there for only a few months and had no further connection with the country.

Renunciation is nothing new and has long been a right under US law – American-born entertainer Josephine Baker did it in the 1930s, for example – but the “how” of renouncing has become quite complex.

My advice is always that an individual considering renunciation needs professional counsel competent in both US nationality and tax law to make a good decision.

Fixing previous failures to file is generally possible through IRS voluntary disclosure programs, but renunciation carries serious immigration and tax consequences that can seldom be undone.

An individual deemed to have renounced US citizenship “for the purpose of avoiding US taxation,” for example, may be permanently barred from entering the United States even if he or she would otherwise qualify for visa-free US travel with a French passport.

Likewise, a renouncer with a net worth of more than $2 million (€1.78 million) who was not at birth a dual citizen of both the United States and his or her current country of residence can be subjected to a US “exit tax” on capital gains similar to the French exit tax passed under Nicolas Sarkozy in 2011.

Any renouncer who fails to certify on his or her final US tax return that he or she filed all required US tax forms for the five years preceding the year of renunciation is also subject to the US exit tax.

And all renouncers subject to the US exit tax also become subject to a special inheritance tax on gifts made to US citizens or residents.

In short, renouncing US citizenship is not as simple as scheduling an appointment at a US embassy or consulate, paying the applicable fee, and declaring that one does not want to be American.

Indeed, even swearing an oath of allegiance to another country is usually not in itself enough to end US citizenship. There are many details to consider, and careful planning is essential.

The pandemic has added an extra wrinkle, as closures during lockdowns mean that many consulates now have long waiting lists for paperwork requests, so the administrative process may take longer than usual.