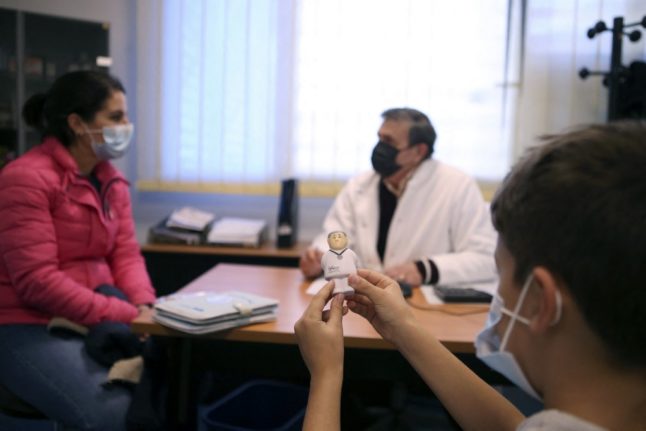 The French health system is by and large excellent, with most treatments covered by the state health insurance system if you are a resident.

When it comes to mental health, however, the system is quite different and tends to focus on psychiatry and medication, with talking therapy – which is what anglos are probably more used to – a less common option.

We explain how the mental health system works HERE.

So if you need to find a therapist and, what’s more, a therapist with fluent English so that you can fully communicate, it can be complicated.

“Finding a good English-speaking therapist in France shouldn’t be difficult in theory. There is no shortage of therapists offering a variety of services in English – from hypnosis to life coaching. But there’s also a problem…

In France, the field of therapy is largely unregulated, meaning that anyone can call themselves a therapist. You don’t even need any qualifications at all: you can just set yourself up and start charging for your services. This can make it a rather tricky field to negotiate as a consumer.

So how do you make sure your therapist is legit? There are three main things to look out for:

Let’s have a look at each of these things in a bit more detail.

The first thing to examine is their qualifications. A decent therapist will have at least a Masters-level qualification in the field of therapy that they are delivering.

If you’re looking for help with a mental health issue, then you’ll want to make sure your therapist has a Masters in Clinical Psychology. This means they have specialised training in treating mental illnesses. Be on the lookout for anyone who only has a diploma, certificate, etc. Real professionals have real degrees – so a Bachelors, Masters and/or PhD in their field of practice.

While we tend to refer to anyone who treats mental health as a ‘therapist’, this label can accidentally group together a) people with no qualifications and b) highly trained professionals with a decade or so of university education and experience.

It’s useful to keep an eye out for the word ‘psychologist’ or ‘psychiatrist’ in descriptions. These terms are protected, which means it’s illegal to use them unless you have the corresponding education. If someone describes themselves only as a therapist, that’s already a red flag.

You also want to make sure that your therapist is registered with the appropriate bodies. Would you go to see a doctor who isn’t licensed? It’s the same thing for therapists.

A registered psychologist in France will have an ADELI number, which means their qualifications have been recognised as sufficient to practise as a psychologist. This number can also be taken away if a therapist violates professional guidelines. So active registration with ADELI is a really good way of telling that you’re working with someone safe.

You can check an ADELI number on the Annuaire Santé HERE

The third thing to look at is the kind of therapy they are delivering. To be confident that therapy is going to make a real difference, you want to opt for an evidence-based treatment, such as Cognitive-Behavioural Therapy (CBT).

This means that the treatment has been shown in randomised clinical trials to be superior to placebo – ie it actually works for most people. Otherwise, there’s no guarantee you’ll get any benefit for your money. Here is a list of common evidence-based therapies for mental health:

The American Society of Clinical Psychology keeps a regularly updated list of all the treatments for which there is an evidence base, which you can check to see if what your therapist is offering is likely to be useful.

It’s not uncommon for our clinicians at the Paris Psychology Centre to see new patients with mental disorders such as depression who have already been undergoing hypnotherapy for several years. At the current stage of research, there’s no evidence that hypnotherapy reduces the symptoms of depression. And true enough, these people generally report being no less depressed than when they started hypnotherapy. This is why evidence-based treatment is important: it’s the best guarantee in existence that a form of therapy will work for you.

In short, you want a therapist who is qualified, registered, and practises evidence-based treatment. You might also want to have a look out for these 5 danger signs:

The presence of one of these danger signs should alert you that something is amiss. If you see more than one, you’re better off looking elsewhere.

One of our clinicians recently had a new patient who had seen a so-called ‘holistic therapist’, who had conducted therapy in the kitchen of her apartment while her family was busily making dinner around her. Dinner was not included in the fee.

Another common problem we see is people who have seen French therapists, who often have decent qualifications, but who lack the language skills to conduct therapy in English.

If you look on the French medical website Doctolib, you’ll find thousands of psychologues in Paris who claim to offer services in English. But our experience shows that some of these therapists struggle to make themselves understood and, more importantly, really connect with what the patient is saying.

READ ALSO How to use the French medical website Doctolib

Good therapy can be a wonderfully enriching experience, resulting in powerful change. And qualified therapists have first-hand experience of how a person’s life can be turned around in therapy.

And if you stick to a few simple guidelines, it’s not too hard to sidestep the charlatans and find a qualified, licensed professional who can make a genuine positive difference.

Sessions with a psychiatrist are refundable with a carte vitale, but therapy sessions are usually not – or only a small percentage of the fee is reimbursed.

If you have a mutuelle for top-up insurance this may cover the cost of therapy sessions, depending on your policy.

Francis Merson is the director of the Paris Psychology Centre, which is staffed by psychologists from Australia, the US and the UK offering therapy in English.

Question: How many public holidays does France have per year and how does this compare to other countries?

The most commonly-given answer to this question is that France has 11 public holidays per year, ranging from the religious (Ascension and Assumption) to the secular (May Day and commemorations for World War I and II).

There are, however, some caveats to that.

The first is regional – if you live in the three départements that make up the historic region of Alsace-Lorraine you get 13 – the extra ones being St Stephen’s Day (December 26th) and Good Friday (the Friday before Easter).

The reason for this is that the region had been part of Germany and became French again after the end of World War I – but the inhabitants had become used to having the extra holidays when they were part of Germany and showed no interest in giving them up. A compromise was reached.

The second is the year – some holidays (like Easter) change date each year, but others (such as November 11th which marks the end of World War I) stay on the same date each year, and sometimes that date will fall on a weekend.

Some countries change the day of holidays – for example in the UK the Remembrance Day holiday is always on the Monday closest to November 11th – but in France holidays happen when they fall. So if it falls on a weekend the holiday is ‘lost’ in terms of time off – it’s still a public holiday, but workers don’t get any extra days off.

For this reason there are ‘good’ and ‘bad’ holiday years in France – 2023 is a very good year. It also gives rise to the practice of ‘faire le pont‘ – where workers use a single day of their annual leave allowance to ‘bridge’ a holiday – for example if Tuesday is a public holiday they take Monday as a day’s holiday and create a nice four-day weekend.

The Christian festival has a curious history in France, in that it used to be a public holiday and then the government scrapped it and introduced instead ‘solidarity day’, in which workers donated a day’s salary to charity.

Pentecost: The ‘holiday’ where some people work for free

And how does France compare to the rest of Europe?

It’s mid-table – French workers do better than those in Sweden, Norway, Denmark and the UK but worse than those in Spain or Italy. For Germany and Switzerland it depends which region/canton you are in as there are lots of local holidays.

Here’s those French holidays in full, with the days they fall in 2023. French rail services typically offer sales in advance of holiday periods, as well – you can learn more HERE.