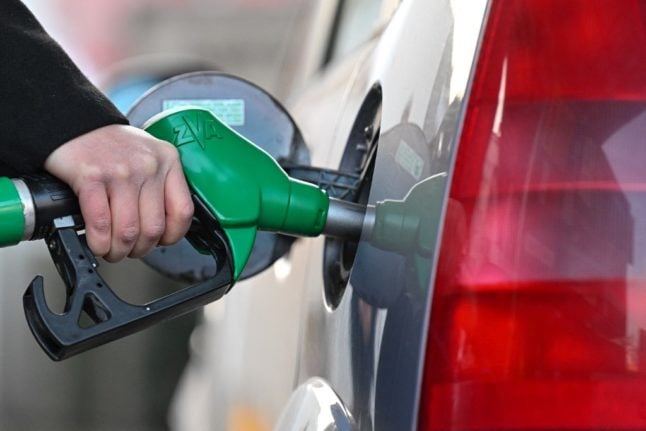 Soaring fuel prices, impacted by the invasion of Ukraine and sanctions against Russia, are causing financial misery for drivers across Europe.

Rather than cut fuel taxes, the French government has instead opted for a rebate on the price of petrol and diesel, which comes into force on Friday, April 1st. Here’s how it works.

This concerns anyone filling up a vehicle at a service station in France, private or professional. There is no requirement to be a resident of France.

It also concerns fuels such as agricultural diesel and fishing-boat diesel, while certain sectors including agriculture, fishing and haulage get extra financial aid through the government’s relief plan.

If you drive for work, as well as benefiting from the fuel rebate, you could also be eligible for a tax rebate.

The rebate is 18 centimes per litre.

Fuel prices in many parts of France have topped €2 a litre, although the average price has now fallen back to just below €2, so the rebate works out at a saving of about €11 to fill an average 60-litre fuel tank.

It’s estimated that it will cost the government €3 billion.

In recent days French supermarkets have also been engaged in something of a discount battle on fuel prices, offering various types of discounts, or vouchers when people fill up, so it’s worth checking out prices and deals at supermarkets near you.

The rebate operates as a discount when you pay.

The prices displayed outside filling stations will include the discount, plus VAT, so expect to see a sudden fall in prices on the display boards.

How long does it last?

This rebate is in place until July 31st, but there is the option to extend it and it seems likely that this is what the government will do, depending on the international context.

As mentioned above, if you drive for work you may also be entitled to claim a tax rebate.

The French government has frozen gas and electricity prices to a maximum rise of 4 percent until June and the €100 chèque energie – to help people on lower incomes cope with rising fuel prices – has been arriving in bank accounts over the past few weeks.