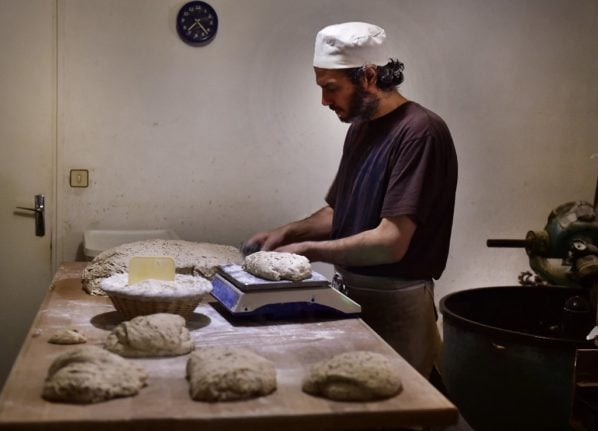 Question: The French seem to really love their baguettes! But how many does the average person eat per day?

France wouldn’t be France without its daily bread – in fact, the country tried to get the humble baguette on UNESCO’s ‘intangible heritage’ list – an attempt prompted by the inclusion of Italy’s Neopolitan pizza dough-twirlers.

But daily bread numbers are harder to quantify.

Calculations from France Info put that at 320 baguettes made every second and works out at just under half a baguette per person per day.

A more recent study has found that bread consumption in France has fallen in recent years – but it’s still pretty popular.

Snacking.fr reported in 2021 that, in a survey, 82 percent of people in France said they ate bread every day, compared to 88 percent of those who responded five years previously. The survey didn’t specify the type of bread, but although sliced bread does exist in France, the baguette is far and away the most popular bread type.

Older people tended to prefer to eat bread more regularly than the younger generation, according to the study by QualiQuanti. Only 35 percent of under 35s said they ate bread daily, compared to two-thirds of those aged over 60.

According to the study, French people eat an average of 105 grammes of bread per day during the week, down from 114 grammes in 2015. Bread consumption goes up at the weekend.

This had already been noted. In 2017, baker Anthony Bosson said that bread was no longer a basic necessity. It had become a ‘gourmet’ product.

“Bakers must respond to “new” demand, often even anticipate it by offering their customers a wide variety of breads,” he said, back then.

“We can almost compare the choice of a bread to that of a wine: according to the season, the moment of the day (breakfast, lunch, snack, snack, dinner), the dishes it is intended for to accompany, the taste and sensitivity of the guests…”

His prescience has been backed up by more recent evidence, as bakers have kept their businesses viable over the past decade by offering new ranges, including snacks and sandwiches, a 2020 study by the non-profit Atelier parisien d’urbanisme (Apur) found.

The eighth study into the health of the capital’s shops, cafe culture and restaurants since 2000 found that 94 percent of Parisians live within a five-minute walk from one of the 1,180 boulangeries that dot the capital’s streets.