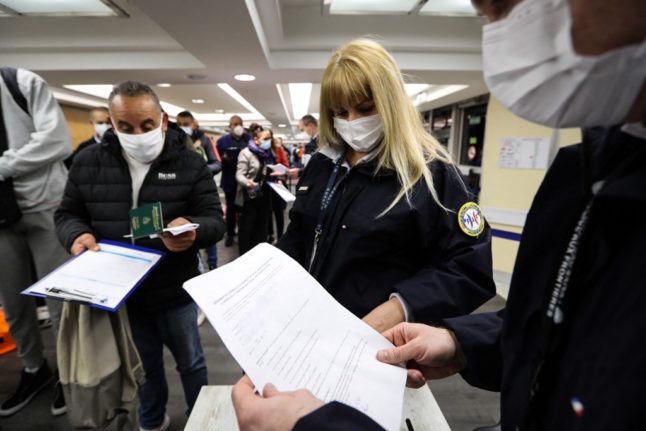 French border police check the documents of people arriving from Tunisia. We take a look at the immigration policy of the main presidential candidates in 2022. (Photo by Valery HACHE / AFP)

French President Emmanuel Macron is running for re-election and his manifesto is heavily focused on the economy and social issues. It is quite vague regarding immigration and rights for foreigners already living in France – but is certainly somewhat to the right since his programme in 2017.

Among the measures he has proposed are:

It should come as no surprise that Macron’s main election rival, the far-right Marine Le Pen, is on a mission to “stop uncontrolled immigration”.

As far as immigrating to France in the first place is concerned, she wants to:

But the meat of her policy lies in making life harder for migrants who are already in France:

You can read her manifesto here.

Leftwing candidate Jean-Luc Mélenchon has the most pro-immigration policies out of any of the candidates.

His wants to ensure a wider access to visas and make 10-year residency cards the new standard – in most cases foreigners get a short-term 5-year card first and then can apply for the 10-year card.

He has also spoke about the need to support refugees, guarantee Jus Soli and make it easier to become a French citizen.

You can read his policies here.

Valérie Pécresse represents Les Républicains – the traditional French party of the centre right – but her xenophobic comments on the campaign trail are the kinds of thing that you would expect to hear from the far-right.

“Yes, there is a link between immigration, islamism, terrorism and insecurity,” she said in one TV interview.

During a campaign rally, she even alluded to a racist conspiracy theory.

It comes then as no surprise that her manifesto is full of policies that are hostile to immigration.

Pécresse wants parliament to vote on quotas for the number of residency cards that can be issued every year, setting limits for individual countries and types of workers.

Like Le Pen, she wants asylum claims to be examined overseas.

Another policy cut straight from the Le Pen playbook is limiting state aid, medical care and social benefits to migrants in France.

Pécresse wants to reintroduce bone density tests to determine the age undocumented minors in France. “They will be presumed to be adults if they refuse,” states the manifesto.

She wants French tests to be obligatory for those who want to obtain a residency card – this would entail a language exam and some sort of quiz on the values of the French Republic, although again there is no detail on the level of French required.

She wants French schools to impose a limit of how many ‘non-francophones’ can sit in a classroom.

You can read her programme here.

It is no surprise that far-right pundit-turned-politician, Éric Zemmour, has an anti-immigration manifesto.

If you plan on moving to France, you should cross your fingers that this guy doesn’t take charge.

As far as immigration is concerned, he wants to:

He also wants to make life harder for those already in France:

You can read his programme here.

The five candidates listed above are currently polling at or above 10 percent and are therefore viewed as having a realistic chance of making it into the second round of polling.