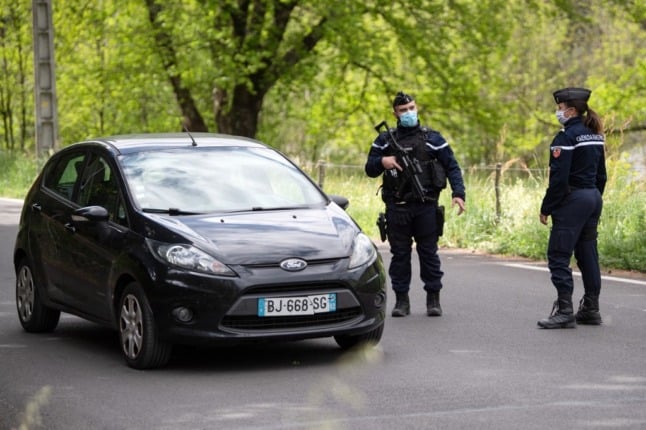 It will be illegal to post warnings about French police roadblocks. Photo: Clement Mahoudeau/AFP

From November 1st popular driving apps such as Waze or Coyote will no longer be allowed to display warnings from motorists about police checks up ahead.

However the legislation, which was passed in April and comes into force on Monday, November 1st, contains plenty of caveats.

The measure affects only départemental roads and roads within a town or city, not autoroutes.

According to the legislation, reporting will only be banned in an area declared a ‘white zone’ by police due to specific operations being run there such as a roadblock for drug or alcohol checks or a police operation relating to terrorism or kidnapping. The reporting blackout is limited to a set period of time depending on the type of police operation.

In rural areas it’s common for oncoming cars to flash their lights to warn you that there are cops up ahead. This is technically illegal but plenty of people still do it.

Users of the apps will still be able to make reports on police activity, but they will not be visible to other road-users if they meet the condition for a block.

Hopefully this goes without saying, but if you’re using the apps while en route it should be the passenger, not the driver. Scrolling through apps while driving is obviously highly dangerous, and people caught using their phones for any reason while driving face losing three points off their licence and a €135 fine.

If you were using your phone while committing another driving offence such as speeding, running a red light or dangerous driving, you face the loss of your licence. 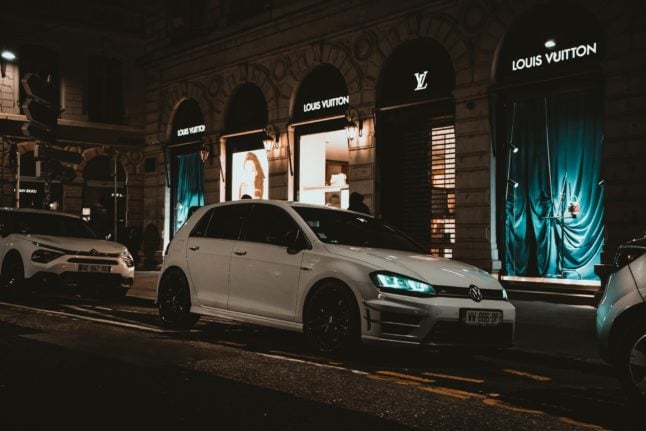 LIVING IN FRANCE
Reader question: Can I buy a car in France if I’m not a resident?

Whether you actually need a car in France depends a lot on where you live. Larger towns and cities increasingly have public transport and cycling and pedestrian-friendly infrastructure that means owning a car is not always necessary.

But, for those who live in rural areas, owning a car is vital, while even in well-served towns and cities, a car remains a necessity for many people.

But what happens if you’re a second home owner who is a non-resident in France? Can you buy and own a vehicle here?

The short answer is: Yes, you can. But – there’s always a but – you need to be aware of certain issues.

The most straightforward way to own a car in France is to buy one here. That way, it will come with the necessary registration documents and the car will already be registered in France.

You still need to change the details on the vehicle’s certificat d’immatriculation – informally known as the carte grise – to show that you are the registered owner.

Car dealers will usually arrange the paperwork, possibly for a fee, with your input limited to signing the right bits of paper. You will need to provide valid ID (such as a passport) and proof of address in France that the car will be registered to.

To do this you will need to provide documentation that includes your full name and address.

Any of these are accepted:

If you’re buying privately, however, you’ll need to sort out all the paperwork yourself.

READ ALSO Second home owners in France: Can I register a car at my French address?

If you have the funds to buy the vehicle outright, you’ll have no problems – simply hand over the cheque at the appropriate time. It will be harder, however, to access financing for your vehicle if you’re not permanently resident in France.

If the vehicle you want to buy is more than 4 years old you will also need: a valid roadworthiness inspection – known as a contrôle technique (CT), unless the vehicle is exempt from it.

The CT must be less than 6 months old on the day of the registration request (2 months if it’s a counter-visit to confirm that defective points detected during an initial test have been repaired).

If this deadline is exceeded, you will have to pay for a new test, and sort out any defects at your own expense.

READ MORE: What you need to know about the French ‘contrôle technique’

Any vehicle permanently kept in France must be insured in France. Be aware that any vehicle brought permanently into France from another country must – legally – be registered with French authorities otherwise owners risk a fine of up to €750.

Remember also, that DVLA rules mean cars are considered exported if they have been taken out of the country for more than 12 months – and they, then, cannot remain on UK plates.

Here, the vehicle is insured, rather than the driver, and it must always be covered. You can cut the cost of insuring your vehicle in France by reducing the level of coverage temporarily during periods you’re not in the country.

But you will have to be aware of maintenance issues caused by leaving your car unused for any length of time.

CTs and the art of motorcar maintenance

Speaking of maintenance, French cars that are four years old or more must undergo a contrôle technique road-worthiness test every two years.

These are carried out at dedicated test centres in towns and cities across France, and it is your responsibility to ensure your car is roadworthy and tested so it can be used on French roads. Proof of testing is fixed to the windscreens of tested vehicles so that officials can check easily.

The Crit’Air system was introduced in 2017 and assigns a number to each vehicle based on how much they pollute, so you will need to apply for a number to stick on your windshield.

In the many towns and some entire departments, the sticker is a requirement year round, even if they are only used to ban the most polluting vehicles during spikes in air pollution. Basically, it’s a good idea to have one just in case you travel in or through those places that require them.

READ ALSO By country: How hard is it to swap your driving licence for a French one?

You can import your car from another country, if you wish. But you will need to deal with additional paperwork.

On the British side, you will need to declare that you are exporting via National Export System. To do this, you must get an Economic Operator Registration and Identification (EORI) number – but you can only obtain such a number if you are only moving goods for personal use (if you are simply bringing a car for yourself).

You will also need access to the Customs Handling of Import and Export Freight (CHIEF) platform – again this is only possible for traders. If you fail to declare your export officially, border officials may block you from entering France with the vehicle.

On the French side, you will need a 846A certificate to be able to drive your imported car legally – or to eventually sell it in France.

READ ALSO Reader question: How can I import a car from the UK to France?

Obtaining such a certificate is no easy feat. But it can be done…

You cannot keep a foreign-bought vehicle registered in two countries. Part of the process of switching to French plates is to inform authorities in the second country that it has been exported. 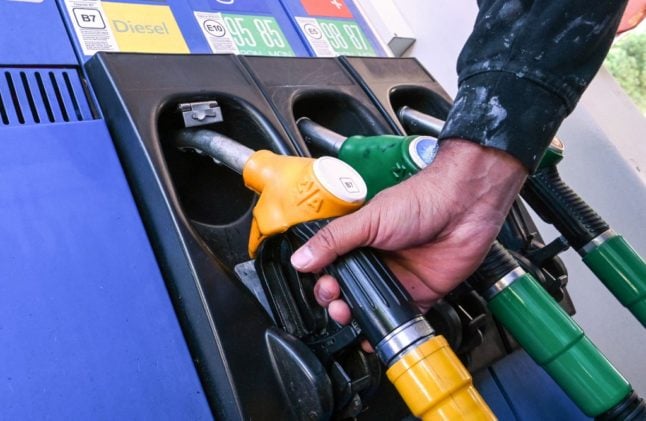 DRIVING
Which parts of France have the cheapest fuel prices?