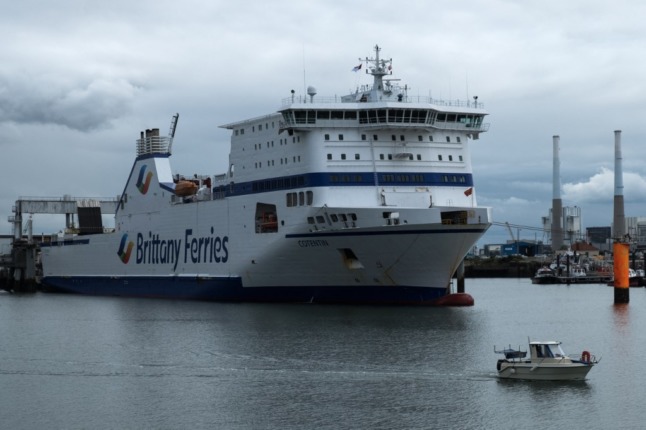 British visitor Clare was refused entry and put on a ferry back to the UK. Photo: Joel Saget/AFP

Although many restrictions both within France and for travel have now been lifted, there remain limits in place on who can travel from the UK.

The UK is on France’s orange list, which means that fully vaccinated people can travel for any reason, but those who are not vaccinated can only travel for a strictly-defined list of essential reasons.

Readers of The Local have previously reported varying levels of checks at the border – but checks do happen and those who do not meet the criteria for travel can and will be refused entry – as Clare found out.

Property owner Clare, 43, who is in the process of applying for residency, wanted to travel to France to visit her partner and complete some administration.

However, although residents of France are allowed entry if they are not fully vaccinated, this does not extend to property-owners.

Clare, who arrived into France by ferry, said: “I showed my paperwork and test but they insisted on a vaccine passport.

“I was marched from my car to the customs office. I was interrogated alone for several hours and by several officials.

“They then went and checked my car, my bag, my car documents and looked at my phone. I showed them further evidence but they were not satisfied.

“I was accused of entering France illegally and I was told if I didn’t return I would be detained in a detention centre. I was told the police would be called if I did not sign.”

Eventually, after previously being told she would have to pay for her own trip back to the UK, customs officials found her a place on a ferry going back.

Media coverage in the UK has largely centred on the removal of UK rules on quarantine, but travellers need to bear in mind that other countries have their own rules of entry.

For arrivals in France from orange list countries such as the UK these are;

Vaccinated travellers – can travel for any reason, including holidays and visits to second homes, and do not need to show a negative Covid test. A declaration that you are not suffering from any Covid symptoms is required, however – find that here.

Travellers who are not fully vaccinated – can only travel to France for essential reasons. You can find the full list of permitted reasons HERE. It includes French citizens and French residents returning, students arriving to start a new academic year and vital workers. However it does not include family visits, visits to second homes or holidays. Travellers who do satisfy the ‘essential reasons’ requirement need a negative Covid test from within the previous 24 hours and a declaration that they are free from Covid symptoms. They should also quarantine for seven days on arrival.

Travellers going from France to the UK should bear in mind that the UK does not accept mixed dose vaccines (eg a dose of AstraZeneca and a second dose of Pfizer), neither does it accept as fully vaccinated people who previously had Covid being vaccinated with a single dose.

Clare said: “I’m not vaccinated for one reason or another, I have had Covid and have had an antibody test and I also have an autoimmune condition which makes me hesitant, especially as I have also had Covid.

“This has been an incredibly traumatic experience I never thought would occur in Europe. I have lived and worked in West Africa and the Middle East. I have never experienced this in my life at 43 years old!

“I have also been unable to visit my partner since I was in France on holiday last September for two weeks before these rules came in.

“This issue is not just about holidays.”

Brits travelling between France and the UK are also reminded of the numerous changes since the end of the Brexit transition period.