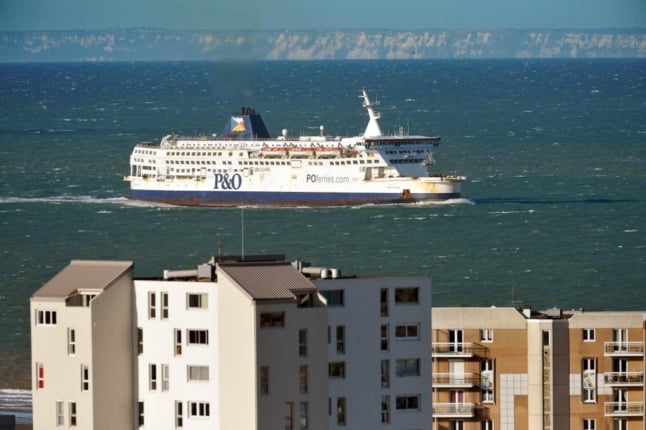 Travel from the UK is to be strictly limited again. Photo: Philippe Huguen/AFP

“There is a new situation with the progression of the so-called Indian variant in the United Kingdom,” said government spokesman Gabriel Attal, announcing the change.

At present France’s travel rules apply to everyone, even if they are fully vaccinated.

The new rules will be introduced at 0.01am on Monday, May 31st and they are;

A statement from the Foreign Ministry said: “Compelling reasons will be required for non-EU foreign nationals not resident in France joining France from the UK.

“A PCR or antigen test less than 48 hours old will be required from anyone travelling to France from the UK;

“On arrival, travellers will be required to observe a 7-day isolation period. For the time being, given the low incidence of Covid in the UK, police checks on quarantine addresses will not be applied to them.”

The testing and quarantine rules will apply to all arrivals into France from the UK, including French and EU citizens and people who have their permanent residence in France, although previous travel restrictions have included exemptions for hauliers and other vital workers.

READER QUESTION: Can I transit through France despite the new travel restrictions?

France already has in place strict rules on travel from India, which bans almost all transport and enforces a strict 10-day quarantine, enforced by visits from the police. This quarantine regime will not be enforced on arrivals from the UK.

However the French government had become increasingly concerned about arrivals from the UK, which has seen a rapidly rising number of cases, particularly in hotspots in the north of England.

Germany and Austria have already imposed additional measures for people arriving from Britain over variant fears.

The list of accepted reasons for vital travel previously published by France (with documents accepted as proof of travel) are as follows;

According to French government figures, around 10,000 people arrive into France from the UK every day, of which around 3,000 are hauliers, often passing through France on the way to other destinations.

With life returning to near-normal, pre-Covid conditions, tourism is booming. France is set to be a popular holiday destination this summer – but renting a vehicle could cost you a lot of money.

Why the price hike?

The quick answer is that demand is high.

At the Bordeaux-Mérignac airport, Michel Reillat, the CEO of rental company Loca’Malin told FranceInfo that “In July and August, there is no possibility of renting cars, since they are all booked.”

He explained that “reservations began very early, from February, with 30 to 40 percent of the cars already rented for the summer.” Reillat said he ordered about fifty additional cars, but even if this will be insufficient to meet the high demand.

However, rising demand is not the only answer.

During the pandemic, several rental companies sold large portions of their stock (up to 40 percent in some cases) to compensate for the loss brought on by Covid-19. This means that many rental companies are currently operating with shortages.

Prices have seen the highest increases in places like the Basque coast, the South-West, and Corsica. Biarritz, for instance, where a weekly car rental is now on average €505 per week, has seen its average rates increase by 96 percent, according to car rental comparison website Carigami.

The website published a list ranking cities based on affordability for car rentals, and it also allows you to compare which parts of the country are the cheapest for renting cars.

Where can I get affordable prices?

Based on the Carigami list, heading North is your best bet to avoid breaking the bank. A week’s rental in Lille will cost you €292 on average, according to the site. Though this still represents an increase from last year, it’s only 12.7 percent (small in comparison to Biarritz).

Two other cities that might allow you to book a vehicle for less than €300 a week are Clermont-Ferrand and Mulhouse.

If you want to go further south, Valence is a good compromise, Aix-en-Provence, and Marseille are better options than Nice (which is averaging at €496 per week).

Finally, the other cities listed for having “reasonable” pricing are Rennes, Brest, Lyon and Nantes. Even so these cities, Brest in particular, have still seen significant increases from years past.

The other key thing is not to leave it to the last minute, as prices will only rise.