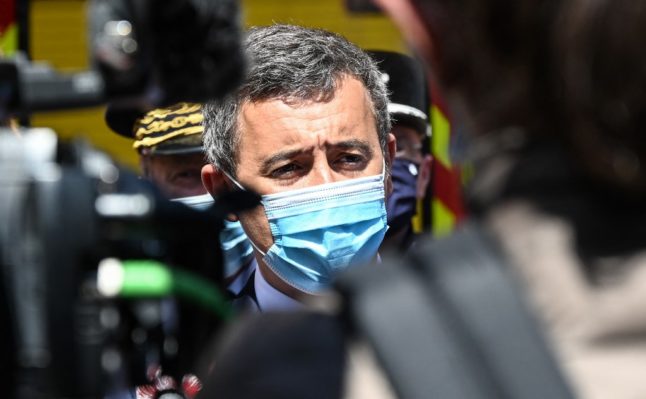 Interior Minister Gérald Darmanin on Wednesday, April 28th, presented to the Ministers’ Council a law proposal that, if passed, would render temporary anti-terror measures taken in the wake of the 2015 Paris terror attacks permanent.

“We have moved from an outside threat to one that is internal,” Darmanin said at a press conference after the ministerial meeting.

The threat that comes from within France “is more difficult to track down,” the interior minister said, ” and we today lack the legal means to do so, hence this text, which aims to, as far as possible, prevent future attacks.”

French authorities have struggled to grapple with a new wave of terror attacks conducted by individuals who often lack a clear link to extremist groups and are difficult to track.

Darmanin told Journal du Dimanche last weekend that: “We are now dealing with isolated individuals, increasingly younger and unknown to intelligence services, and often without any links to established Islamist groups.”

Though the law proposal had been in the works for weeks, its presentation came shortly after a fatal knife attack at a police station in Rambouillet, a suburb southwest of Paris, which was being investigated as a terror attack.

France’s chief anti-terror prosecutor said on Sunday that the killer, shot by police on site, embraced Islamist extremism. The incident rallied calls for tougher policing of terrorism threats in France.

If adopted, the loi relatif à la prévention d’actes de terrorisme et au renseignement (law on the prevention of terrorist acts and intelligence) would permanently enshrine into law temporary measures imposed during the state of emergency declared after the 2015 terror attacks and expand other existing measures.

When the state of emergency expired, the 2017 anti-terror law reinforcing interior security and the fight against terrorism, Silt, took over.

The Silt-law was adopted for a period of three years and was set set to expire in December 2020, before the parliament voted to extend it until July 31st 2021.

Adopting the new anti-terrorism bill would mean a maintaining of the legal provisions contained in the Silt-law. The law proposal contains 19 articles divided over three main areas:

The law would let authorities monitor prisoners sentenced for terrorism charges up to two years after their release.

The government already pushed for a similar law, which it got voted through parliament in August 2020, but it was censored by the Conseil constitutionnel – France’s Constitutional council tasked with checking that new laws align with the French constitution.

To prevent another censoring the government left out some of the most restrictive measures of the old bill, such as obliging released prisoners to present themselves at the police station three times per week, or making them wear electronic bracelet for a period that could be prolonged to 10 years maximum.

Instead, the new bill would allow for administrative checks and surveillance of ex-prisoners for a period up to two years, up from one year currently, and only for those who served a sentence of five years minimum (three for repeat offenders).

It would also open up for obliging ex-prisoners to sign up for psychological follow-up or social support, measures that would differ depending on their mental state and estimated threat level. These measures would be decided for one year and be renewable for a period up to five years maximum, on the condition that complementary or new elements attested to the individual still presenting a danger.

2. Police checks and closures of places of worship

The law allowed for authorities to make use of measures that have been contested as infringing on the right to private life, such as “home visits” (previously called perquisitions administratives), which allow for police to get a warrant from a judge to enter the home of a person suspected of posing a terror threat.

It also allowed authorities to close a place of worship for a maximum of six months maximum if they consider that it condoned or provoked terrorism. Interior minister Darmanin made use of this law when he ordered the six-months closure of the Mosque of Pantin, in the northern outskirts of Paris, following the killing of the history teacher Samuel Paty in October 2020. The mosque had shared a video railing against the teacher a few days before the attack.

Finally, the law would extend powers to target what authorities have defined as the new threat of terrorism, posed by so-called “self-radicalised” individuals without clear links to extremist groups.

It would render permanent an experimental measure that widened the use of algorithms to detect terror threats online.

Authorities were in 2015 given the right to analyse metadata – who communicated with whom, where, how, for how long – through phone records and online communication. The law, called the law on intelligence gathering, was extended by parliament to last until December 31st 2021.

But the new law would widen the use of algorithms to analyse web sites (URL), opening for intelligence gathering on who visited what websites, when, and how many times. It would for example make it possible to detect someone who watches a video of Islamist extremist propaganda, which according to the proponents of the law, would make it easier to detect those who self-radicalise online before they commit an act.

The exact details remain unclear, which worry critics of the law.

French daily Le Monde said: “Apart from the fact that the telephone data algorithms have not prevented any attacks in the last six years, it is unclear what measures would be taken for those consulting suspicious sites or the posting of content deemed hateful.”

Arthur Messaud, a lawyer at the association Quadature du net, which defends individuals’ fundamental rights online, told France Info that the law was “so vast that we don’t really know what the law authorises.”

Messaud too alerted to the lack of data proving that the last few years where authorities had experimented with algorithms on phone records had been useful in foiling terror attack.

“We have tried to get answers from the (authorities), but they always say that the information was covered by defence secrecy,” he said.

Parliament was set to debate the text at the end of May and the government said it aimed to get the law adopted by the end of July, when the current legal measures run out, according to France Info.