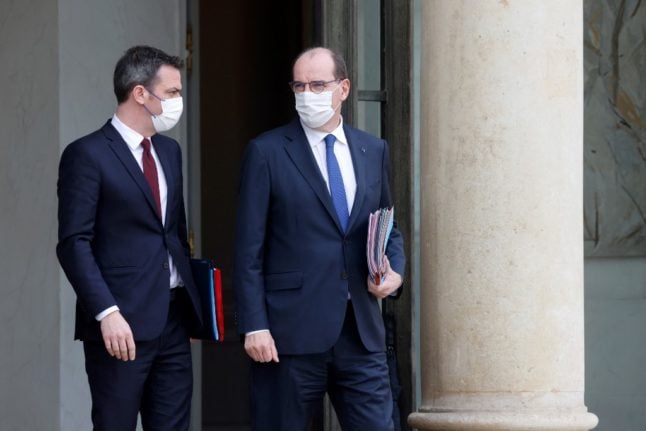 “The situation is deteriorating,” French PM Jean Castex said on Thursday as he announced the new lockdown for the worst hit parts of the country.

The PM said the regional disparities meant that the government’s strategy of imposing localised restrictions rather than nationwide measures “remains relevant”.

President Emmanuel Macron had so far resisted imposing a nationwide lockdown this year but his premier said the situation in Paris and elsewhere made the regionally-targeted measures affecting around a third of the country’s population unavoidable.

Castex said, however, that the lockdown would be less strict than the one seen in the spring, and that schools will remain open.

“These confinement measures will not be a repeat of those we imposed in March and last November,” he said.

“We are adopting a third way, a way that should allow braking (of the epidemic) without locking (people) up,”

He said the measures were due to an increased number of Covid-19 cases due to a “third wave” of the virus, with around 1,200 people in intensive care in the Paris region alone.

READ MORE: What are the 16 French départements under full lockdown

The measure comes into force at midnight on Friday night and will be in place for an initial four weeks – until Sunday, April 18th – although this will be reviewed in the context of the health situation.

Castex warned that they could be extended to other parts of the country if the epidemic deteriorates.

The rules will be broadly similar to the lockdown in November, with all non-essential trips out of the home banned and an exemption certificate (attestation) required for all trips out.

However, some aspects have been relaxed or altered:

READ ALSO: EXPLAINED- These are the lockdown rules for the 16 French départements

Castex and Health Minister Olivier Véran were holding the press conference after a sharp rise in cases – 34,998 new cases were recorded on Thursday.

The average number of daily infections in France stood at 25,453, which reflected a rise of 18.8 percent in one week. The Paris region has seen a 23 percent rise. “The peak of the second wave has been exceeded,” in Île-de-France and Hauts-de-France, Castex said.

The prime minister explained the rapid rise in cases is largely due to the new variants of the virus, notably the one first discovered in the UK.

“The variant known as the “UK variant” now represents three quarters of all cases,” Castex said. “It is more contagious and potentially more dangerous.” Castex added that use of the AstraZeneca vaccine would restart on Friday, after the European Medicines Agency declared is “very effective against the most severe forms of Covid and very safe”.

He added that he would be vaccinated on Friday afternoon to demonstrate his confidence in the vaccine – as he is 55 with no underlying health conditions he has not previously qualified for vaccination under France’s priority system.

The prime minister reiterated the government’s goal of vaccinating 10 million people by mid April, 20 million by mid May and 30 million by mid June, “or two thirds of the population aged over 18,” he said.

“We are doing everything we can to win this race against time, and we will get there,” Castex said.

Health Minister Oliver Véran added: “We really hope that with these braking measures we will pass the peak of this wave and on the other side of this wave we will find spring and unlike last year the protection of the population through vaccination.”