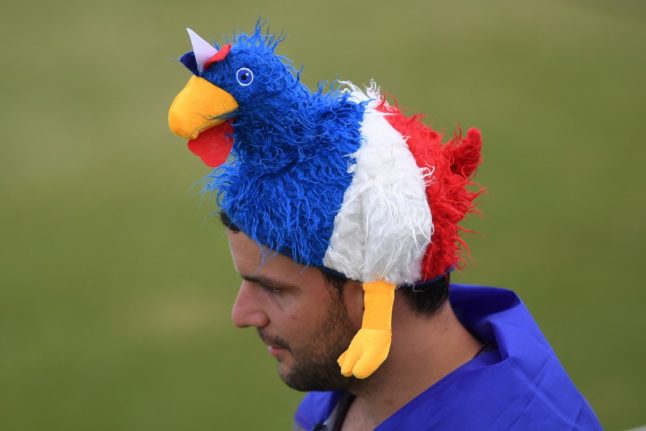 Dressing up for the interview is not recommended. Photo: AFP

People with strong ties to France or long-term residents may decide, at some point, to apply for French citizenship and become French – but this process is not for the faint-hearted.

For a start it's quite a lengthy process – 18 months to two years is average – and of course involves a lot of paperwork plus a fairly high level of French.

But once you've got through all that comes the interview, where you need to prove your knowledge – and love and appreciation – of France and all things French.

And some of the questions applicants are asked to prove this can be a little unexpected – when we asked readers of The Local about their experiences, some candidates were asked quite philosophical or literary questions, others to justify how French their daily life was while still other interviews involved doing impressions of French presidents (really).

There are various routes to French citizenship – the most common are through family, through marriage or through residency, in which case you must have lived in France for a minimum of five years.

The procedure is slightly different depending on which route you are applying through and the toughest questions tend to be for people applying via the residency route, who need to show that they are thoroughly integrated into French life and values – rather than just wanting a shorter passport queue at the airport.

The basic purpose of the interview is to ascertain that candidates have a knowledge of France's history, culture and society and that they support the values of the French Republic.

It's a one-on-one interview at your local préfecture conducted, obviously, in French.

There is a book – the Livret du Citoyen (Citizen's Handbook) that applicants are advised to read which tells you all about the history, geography and political structure of France and most people are asked some fairly straightforward questions on this – name the French national anthem, name two French overseas territories, describe a significant event in French history etc.

The one theme that emerges from tales of citizenship interviews is that they vary a lot depending on the area or even the mood of the interviewer – some people report a couple of cursory questions followed by a handshake, others were grilled for more than an hour on everything French.

The other thing is that a lot of interviewers seem to like to chat, plenty of people have tales of being asked about their own countries or families, just because the interviewer was interested.

A lot of people are quite nervous before the interview, so if the interviewer is making what sounds like inconsequential chat they are probably just trying to put you at ease and it may not be a trick question.

QUIZ: Do you know France well enough to become French?

I got easy ones like what’s the French national anthem called (I’d learned all the words!) Then had to name two DOM-TOMs. Blanked and could only name one. Afterwards, scared, I asked if I’d get refused for that; she laughed and said “no, we were just having a chat!” ??

One interviewer apparently even entertained their candidate with a series of impressions of French public figures – guessing who they were was not part of the test.

My interviewer also did Sarkozy impressions. We didn’t join in He also did many other impressions of people I’d never heard of. But he still passed me

In addition to the more prosaic questions about French history, some people are asked questions that would not be out of place in a philosophy tutorial, including 'Can one truly know a country without speaking the language' or 'would you say you have a French lifestyle?'.

I was asked “to what extent do you lead a French life?”….

But you don't just need to know about French values – you need to support them if you want to become French.

This doesn't mean having to agree with every government decision (after all, what is more French than complaining about the government?) but you will be expected to support the broad values of the Republic including laïcité (secularism) and equality between men and women.

I was asked about laïcité (separation of church + state)- maybe because some Americans have a hard time understanding the U.S. has this also?? French history as well. Also asked if my husband and I shared household duties, since men + women are “equal” in France. He does a lot ?

Quite a few people report being asked about laïcité, probably because it's a concept that foreigners often struggle with, but others were asked questions designed to show if they supported egalité including a couple asked if they shared domestic chores equally and a woman asked if she would accept having a male gynaecologist.

And it's not a French value as such, but food is an important part of French culture, with one woman being asked to name as many French cheeses as she could. There's no requirement to eat them, though, so vegans will not be refused citizenship (unlike in Switzerland).

And finally, although many people diligently learn La Marseillaise, there are no reports of anyone being asked to sing it, which is a shame because it's a cracking song.