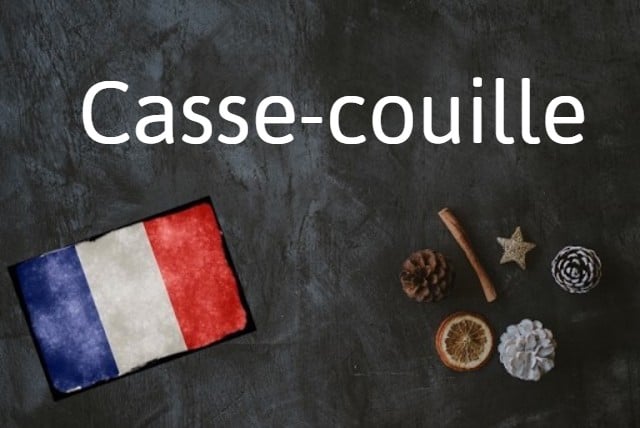 Why do I need to know casse-couille?

You'll hear it a lot in France, and it'll come in handy when you want to have a moan about something…or someone.

Casse-couille means a ball breaker, but it can be understood better as a pain in the ass or a ballache. Casser means 'to break' and couille means 'ball', strictly in the testicular sense.

It's exactly the phrase you need when drinking with friends after a long day spent listening to your nagging boss, or you've got some administrative nightmare on the horizon like filling in your French tax declaration.

Just like in English it's mildly rude, so perhaps not one to use when meeting your French mother-in-law for the first time.

It's often deployed as a verb too, casser les couilles could be used as a more colourful alternative to embêter (to annoy).

If you want a more family-friendly alternative casse-tête (head breaker) means much the same thing and is often seen in headlines whenever the French government is facing a particular nightmare.