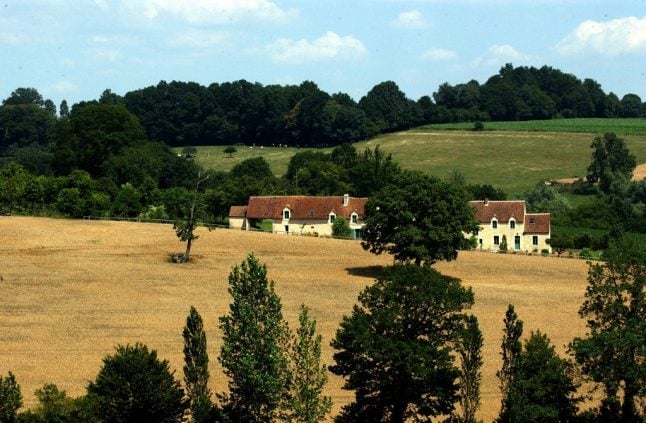 Buying your dream home in France is the easy bit - then comes the paperwork. All photos: AFP

Moving to France is the dream for many, but the months of lockdown and travel uncertainty mean that some people have had to put their dream on hold.

Now businesses and travel are reopening, real estate agents are reporting a surge in demand, especially from British buyers keen to make the move before the end of the Brexit transition period on December 31st.

But if you are planning to make the move before the cut-off date there's more to it than simply being on French soil by New Year's Eve.

Here's what you need to know if you are planning on making the move this year.

The Brexit Withdrawal Agreement gives all British people who are legally resident in France by December 31st 2020 the right to stay. However this phrase 'legally resident' is important and there is more to it than simply being present in France or even owning property in France.

You can find out the full conditions for being legally resident HERE, but broadly you can move to France either as a student, an employee, to be self-employed or to be economically inactive (the category that includes pensioners). If you are not intending to work you will need to demonstrate that you have sufficient resources not to be a burden on the French state. Once freedom of movement ends for UK citizens, all British residents in France will be obliged to apply for residency permits.

Although the Withdrawal Agreement gives us generous protections, all UK citizens still have to go through the process of applying for the carte de séjour residency permit that makes non-EU citizens legal residents in France. You can find out more about how and when to apply HERE.

In the past many British people have relied on the European Health Insurance Card (EHIC) to access healthcare if they need to, but if you are moving to France permanently you need to register within the French healthcare system.

Pensioners and some other categories continue to have the costs of their healthcare met by the UK under the S1 scheme, but you still need to register in the French system. In France you pay healthcare costs upfront to the doctor, hospital or pharmacist and then your costs are partially or fully reimbursed via your carte vitale (health card).

You can find out how to register for a carte vitale HERE and the full process of registering can be quite a lengthy one.

If you are a pensioner planning to move to France there is some good news. The Withdrawal Agreement guarantees the continued uprating of UK pensions for people resident before December 31st so you do not need to make any extra arrangements for this, although you will of course remain vulnerable to currency fluctuations which can be worth bearing in mind as you budget. There has been a lot of confusion about whether British people can continue driving in France using a UK licence after Brexit but French authorities have decided that they will continue to accept a UK licence, even for permanent residents.

Only in certain circumstances will you need to swap your licence for a French one – find out more about the requirements HERE.

If you are bringing over a British car, however, you will need to change its registration to French plates if you are planning on staying in the country for more than six months. This rule seems to be frequently ignored and some people drive on British plates for years, but it is in fact the rule and ignoring it can invalidate your insurance. Find out how to make the switch HERE.

This isn't something that you need to do straight away but you need to be aware that if you become a permanent resident in France then you need to fill in a tax declaration here – even if all your income comes from another country (such as a pension from the UK).

Tax declaration season is in April and you declare the first April of your residency – so if you move now you will declare in April 2021.

READ ALSO What exactly do I need to tell the French tax man about?

The tax declaration can be quite detailed, so keep all paperwork relating to your income from all countries.

This relates to your income tax and is separate to the two property-related taxes – taxe d'habitation which is paid by the householder (although this is in the process of being phased out) and taxe foncière which is paid by the property owner. If you own your own home you can end up paying both.

And finally, here's some advice from the experts; The Local's readers who have made the move to France and been through all the processes – 'Keep all paperwork and don't argue with bureaucrats: What you need to know about moving to France.

For more information on residency, citizenship, healthcare and driving after Brexit, head to our Preparing for Brexit section. 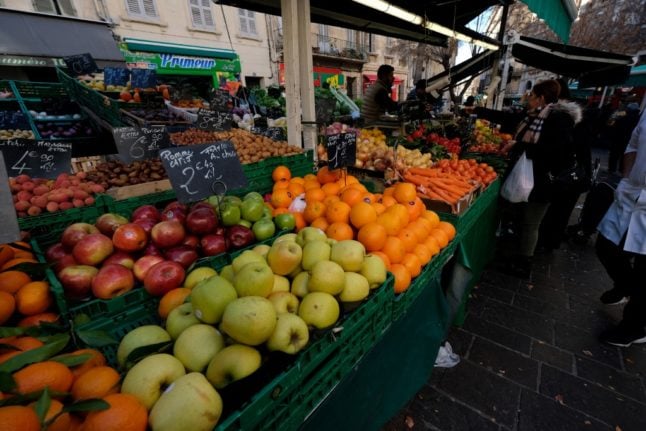 READER INSIGHTS
‘Our life is so much better here’ – Why do people move to France?

It’s the question that every foreigner in France has been asked – why did you move here?

But often it doesn’t have a simple answer. Many people move for a variety of reasons and often what makes people stay is very different to what brought them here in the first place.

So we decided to ask readers of The Local about what brought them to France, what keeps them here and whether they see France as their home for the rest of their lives.

Number one by quite some way in the list of reasons to move was an improved quality of life, with 56 percent of people saying this was one of their principal reasons for making the move.

Overall of the readers who responded, 33 percent retired to France, 21 percent came here to work, 6 percent for study/education and 10 percent made the move to join a partner.

Don Olson, who moved from the US to Normandy, told us: “After our first month-long vacation in the spring of 2017 to Normandy, we were totally smitten. We returned for another month in December of that year to see what winter was like and look at houses. Boom! We bought a house and moved to Domfront the following July, all in a total of 15 months from first sight until arriving permanently.

“And our reasons for staying only broadened as time went by.

“We love the people, who, at every turn were friendly, helpful, patient and kind. We were very impressed with the fonctionnaires with whom, as Americans, we had a lot of interaction, and they were always professional, patient, and responsive.

“The food, of course, is awesome, and the climate, landscape, history, and culture all add to the joy of daily living. And things work – trains, good roads, public services, all of it. And we can pop in to Paris via train whenever we get the urge.

“But it is the overall sensibility, the feeling, of life in France that really captured our hearts. Relationships, whether close or more formal, matter, and they grow over time. I love that the emphasis is on people, not money. I love the formality and mutual respect of encounters with new people, but also the close camaraderie that can arise. I don’t think I’ve ever felt more at home.”

READ ALSO I loved my family to France despite never even visiting. I don’t regret it

Stephanie, from London, also emphasised the quality of life in France, saying simply: “I fell in love with the sports and lifestyle in the Alps.”

Andrew Hale, from Manchester, retired to France. He told us: “We had been planning the move for 14 years (since buying our second home in France) as we knew it was where we wanted to live permanently (long before Brexit raised its ugly head!)

“Now we’re here full time and we definitely see ourselves staying. We love the pace of life, the politeness, the excellent health service, the food, the wine – I could carry on listing things.”

For most respondents, the reason for moving was attractions or opportunities in France, but some also added that factors in their home countries had pushed them into making the move – particularly Brexit and the Trump presidency.

Peter Johnson, from London, said: “Brexit made us loathe Britain and Covid made us realise another life was possible and preferable. Our kids will have a better education and healthier life here.”

In fact, a striking number of readers reported that their initial plan was for a short stay in France, but many years later they are still here, with others saying they ended up here simply by accident.

For many people their purpose changed – for example students completed their studies and found work here or second-home owners decided to make France their permanent home.

Manant, who moved to Paris from Calcutta, said: “I was young, and had no rigid plans. It was up to life to show me what it had in store for me! I’ve been here 11 years now.”

Deborah Mir, from New York, moved to Paris and now lives in Luberon, Provence. She said: “I had no idea if my relationship with a guy I met on holiday would work out, but I just knew I had to go find out.

“We married about a year after I arrived, and I discovered how great life is outside the US, and more importantly that France is a great place to raise a family. 30-plus years later, and I have no regrets.”


Tony Alcock, of Paris originally from Somerset, said: “We first came for two years, but that was 2000 and we’re still here.

“Work got extended but the main reason for staying was that the children got settled in school and no one wanted to leave.

“We’re all French nationals now and we’ve sold up in the UK. The children, now in their 20s, have jobs and are here for good, probably. We’re also in the process of moving from near Paris to Montélimar for our retirement.”

Arturr, from Puerto Rico, orginally moved to Paris to study and ended up staying, saying simply: “We fell in love with the country.”

Marta Zaraska, from Canada, said: “We moved for one year (for my husband’s MBA) and fell in love with France.

“We now have a daughter born in France, and French nationality. We have been here for 15 years.”

Not everyone intends their move to be a permanent one, but more than 80 percent of our survey respondents said they definitely planned to stay in France for the rest of their lives.

Andrew and Elaine Greener, from Whitby in the UK, said: “Staying was a really difficult decision to make, so we took a trip back to the UK. When we saw how bad the traffic was, how impatient and stressed that people seemed, it made it clear that we should remain here.

“We have made a lot of effort, paid a lot of money and made sacrifices of sorts, to be here. We have recently committed to buying our first house in France and moving out of our rented apartment.”

Samuel Rigby-Jones, from Folkestone, added: “We have no plans to return to the UK, I have a job in a French factory and my wife is coming up to retirement age.”

If you are planning on moving to France, you can find lots of practical info on everything from visas to taxes, finding somewhere to live and setting up a bank account in our Moving to France section.