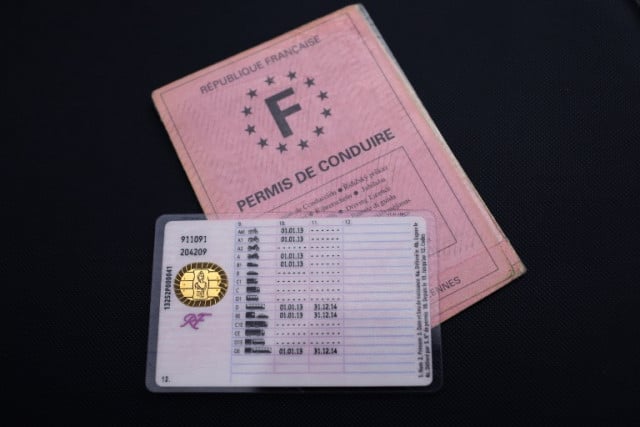 The issue of driving licences for British residents in France after Brexit has been a complicated and frustrating one, with advice that has changed over the past three years, but French authorities announced on Friday that from March 3rd the process will be online.

In the meantime people should not send applications by post as these will not be processed.

Only British people who are permanent residents in France need to swap their licences and only in certain circumstances (see below).

The French government site states: “The procedure for exchanging a driving licence obtained in a country of the European Union, the European Economic Area or the United Kingdom will be online on the ANTS website from 3 March 2020.

“Pending the opening of this online procedure, requests for exchange should no longer be sent by post.
“Applications sent by post and received from 6 February 2020 will not be processed.”
The exact address of the web portal has not been published yet, but authorities say it will be updated here when it goes live. In an interview with The Local in January Baptiste Mandard, Deputy General of the Centre d'Expertises et des Ressources des Titres – Echange des Permis Étrangers (CERT) in Nantes said: “We are launching an online registration platform to simplify the application process.

“Today you have to send in your application via post, but soon, probably some time in the coming six months, you will be able to register online.

“One of the reasons as to why we are moving to an online platform is that many of the applicants have moved and don't receive our letters. That's a difficulty for us.

“We have also completely reorganised our service. We have recruited more people and simplified our processes.”

The history of driving licences and Brexit has been a fraught one.

Initially British people who live in France were advised that after Brexit they would no longer be able to drive on a British licence, and they should instead swap their licence for a French one.

Thousands of people send their licences off to be swapped, completely swamping authorities at Nantes, who process all driving licence applications in France outside of Paris.

Eventually French authorities decided that the situation was untenable, and passed a no-deal Brexit decree saying that British people could continue to drive on a UK licence, and only have to swap it for a French one once their licence expires (or in certain other circumstances like being ordered to by French police. See below).

That remains the official advice today, with authorities saying that the majority of British residents have no need to swap their licences and should not send them off.

However a huge backlog of applications remains, with many people reporting waiting over a year for their applications to be processed.

Baptiste Mandard stressed that people who have already made an application and are waiting for it to be processed should not reapply – either by post or the new web portal – but should simple wait for their application to be processed.

“We are doing our very best to reduce the delays. We have managed to get them down from six to about 3-4 months. However I advise people to apply for a driving licence exchange at least 6 months prior to the expiration date just to be sure that they get their new licence in time.”

He added that there are still around 5,000 to 6,000 people in the backlog, as well as new applications that are still being received.

For the full interview with Baptiste Mandard, click here.

So what are the rules for British drivers in France?

People who are already resident in France during the transition period (which currently runs until December 31st, 2020)  can continue driving on a British licence unless;

If you need to renew your licence for any of the above reasons you cannot do it in the UK, as you will need a UK address and have to make a declaration that this is your full time address. If you actually live in France this would obviously be a false declaration, which is a criminal offence in itself.

Authorities now say that the wait time for new applications which fit one of the above criteria is 3-4 months.

What if I already sent my licence in and I'm still waiting?

The advice for these people is just to wait – frustrating as that may be for the many hundreds of people who have already been waiting for many months. If you need to ask a specific question the best way to contact CERT is by email here. Authorities advise that for those in the backlog there is now a six month wait from now (ie on top of the time they have already waited).

For anyone whose photocard licence expires while they are waiting, there is the possibility of applying to the DVLA for a certificate of entitlement that will allow them to keep driving. Find out more here or on the Facebook group Applying for a French Driving Licence.

What about the rules after the end of the transition period?

For people who move to France after the end of the transition period (currently December 31st) we don't know what the rules will be. It's one of the many things that need to be agreed during the next 11 months.

What about non French residents?

Tourists can continue to come to France and drive on their UK licence during the transition period, after that we don't know what the rules will be but it's possible that British drivers may need an International Drivers Permit.