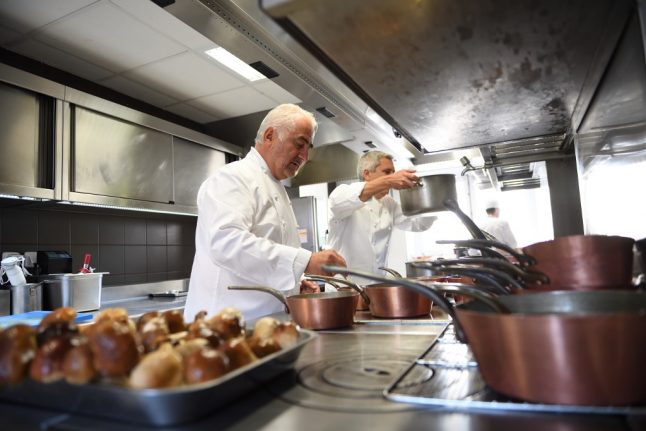 It's been a good year for Japan on La Liste – the French-based list ranking the world's best restaurants – with two restaurants at the top of the list.

The number one spot is shared by Guy Savoy in Paris, New York's Le Bernardin and two Japanese restaurants – the tiny Tokyo-based restaurant Sugalabo, which has only 20 tables and the innovative Ryugin restaurant. French chef Alain Ducasse's Monaco base was one of seven restaurants that shard the second place spot.

The French celebrity chef's Paris table at the Plaza Athenee hotel was ranked fourth by the classification, which aggregates reviews from guides, newspapers and websites including TripAdvisor.

Japan and China have more of the planet's best restaurants than anywhere else according to the ranking, which was set up four years ago as a “more scientific and reliable” rival to the British-based 50 Best list.

Japan leads the country table with 130 restaurants in the top 1,000 but Chinese cuisine is closing the gap with 126, up three on last year if you include restaurants in Hong Kong, Macao and Taiwan.

France — the historic home of haute cuisine — comes in third with 116 and the United States just behind with 113.

The Mirazur restaurant at Menton on the French Riviera which topped the 50 Best list is joint fourth on the ranking.

He was tied on the same score as Massimo Bottura of Italy's Osteria Francescana who he toppled from the top of the 50 Best and the acclaimed Catalan restaurant El Celler de Can Roca in Girona.

La Liste's co-founder Jorg Zipprick said China's rise is partly because of the large number of restaurants there and the boom in local gastronomic guides.

But Italian food is still the most popular on the planet after Japanese cooking, he said, judging from what was being cooked in the 20,000 establishments on La Liste's database.

Zipprick said that environmental consciousness such as “local producers, sustainable fish, organic ingredients, plus the need to avoid food waste” were playing an increasingly important role in how people rate restaurants.

The highest ranking Australian restaurant was Melbourne's Attica (joint eighth) while Toronto's Alo was the pick of the bunch in Canada in seventh place.