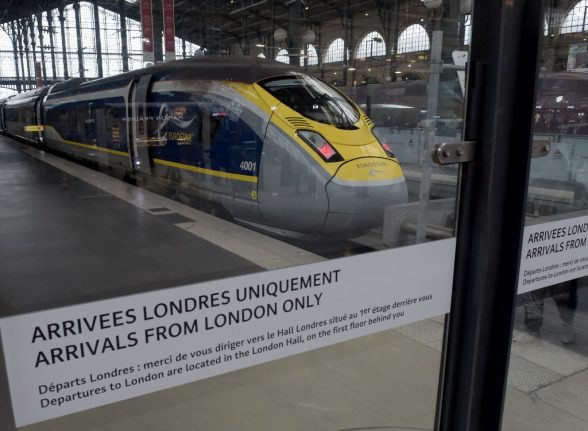 A total of 25 trains have been cancelled over two days. Photo: AFP

Starting from December 5th, French transport unions will be engaged in an ongoing and 'unlimited' strike as they battle against plans to reform the French pension system.

The striking workers include signallers, so all trains travelling through France will face disruption, which includes the Eurostar services between London and Paris, Brussels and Amsterdam. Eurostar says: “The strike action will impact our ability to deliver the usual timetable as we expect disruption to signalling along all routes. As a result, we will now run a reduced timetable on December 5th and 6th.”

Exactly how long the strike action will last is hard to say, with some unions just opting for a one-day strike on December 5th and others serving notices of 'unlimited' or 'renewable' strikes.
One rail union has said their members “expect to be eating Christmas cake together” – ie still be on strike at Christmas – while political analysts have predicted that the dispute could last until the New Year.
READ ALSO France December strikes: 'Expect major disruption that could last until New Year'

The disruption is also expected to affect the international routes between France and Switzerland – run by Lyria – and France and Belgium – run by Thalys.

Lyria says that its services are likely to be very disrupted and is advising people not to travel. Full refunds can be obtained – even on non-refundable tickets – between December 5th and December 11th. For more information click here. Full strike timetables will be published on December 3rd.

Thalys, which operates services between France, Belgium and the Netherlands, has so far not published strike information, but during previous SNCF strikes their services have been affected.

Eurotunnel and cross-Channel ferry services have so far not been affected.

Anyone who does make it to Paris is reminded that the city's public transport network will also be badly affected by strike action, with Metro, bus and RER suburban trains either not running at all or offering reduced services.

On the plus side, Paris is a lovely city for a walk.