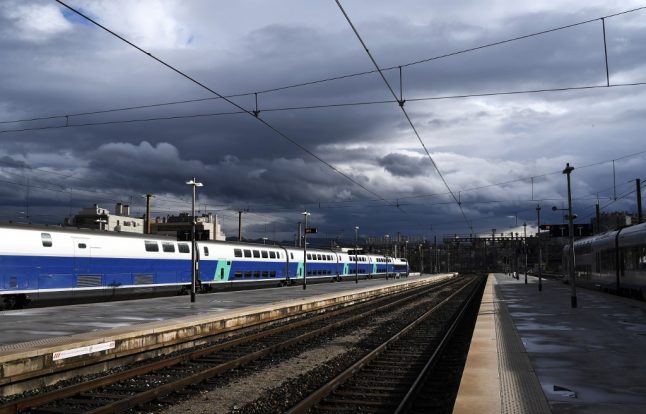 Why are rail strikes taking place in France?

In short there are two separate movements that have hit services, but which together reflect a growing malaise and anger among rail workers in France.

Reports in France say these kind of wildcat strikes and walk-outs – which have been called without warning to rail chiefs at SNCF – haven't happened for decades.

Unions are required to give advanced warning of strike action so rail operator SNCF can prepare to minimise the disruption. A 2004 law forces unions and SNCF to enter into dialogue first rather than strike. But this hasn't happened in the two recent industrial actions.

The most recent strike action, which began last week and continued on Tuesday has seen around 200 workers at a maintenance centre near Paris walk off the job.

The 200 workers, out of a total of 700 work on the maintenance of the high-speed TGV trains on the Paris – Atlantic coast line.

They are angry that a local agreement to give them 12 extra rest days a year is being scrapped.

Bosses have proposed offering them a €7,000 bonus each to give up the extra days off, but workers have rejected the offer.

The talks led to deadlock and so the workers began their strike, which forced the cancellation of scores of trains between Paris and the west of France.

And the other industrial action?

The accident at a level crossing left 11 injured including the driver. Rail workers unions said it revealed a shocking shortage in staff on trains as well as a problems with general safety and security levels.

The following strike was also launched without the usual warning (préavis de grève) was denounced by the government as illegal.

Rail workers insisted they were within their rights to work off the job because of safety concerns.

What's wrong with the SNCF?

For several months rail unions have warned that “the pressure cooker is about to explode”.

“For at least five years SNCF has refused to negotiate,” said CGT union representative Laurent Brun. “It won't negotiate before, during or after a strike and that creates anger.”

Brun said there was a major “social crisis” at SNCF.

Rail workers feel they are being targeted by successive government reforms that are undermining their working conditions, pay and status.

In 2018 President Emmanuel Macron provoked three months of rolling strikes when he pushed through rail reforms that led to the special status of rail workers being scrapped for new recruits. The fact those strikes failed to derail Macron's reform seems to have encouraged unions to take more radical action.

That special status afforded workers early retirement and fixed salary rises among other perks, which staff say were justified due to the fact they have to work nights and weekends.

The government has put pressure on SNCF to reduce its debt by up to €50 billion which has increased pressure on workers to improve productivity.

Things may get worse before they better, not least because the president's controversial plan to reform pensions could trigger more industrial action on the rails.

Macron has vowed not to back down and says he will “do everything to ensure there are no blockages”.

“I won't show any form of weakness or complacency,” said Macron in words that may be greeted like a declaration of war by unions.

Reports suggest unions are preparing to launch strike action at other train maintenance centres in the Paris region.

If they go ahead then TGV services linking Paris to the north and south as well as Eurostar and Thalys trains may all be affected.

Rail bosses are concerned that if laws around strike action are ignored by unions then it will lead to travel chaos on trains and “everyone will lose out”, according to one manager quoted in Le Parisien newspaper.

Certain rail unions have already made it clear that they will join a transport strike on December 5th. The main CGT union, still the biggest among SNCF workers, may well join the strike too.

However some union leaders have suggested they prefer to wait until spring to launch their protests.

Either way it looks like there is trouble ahead for passengers around France.