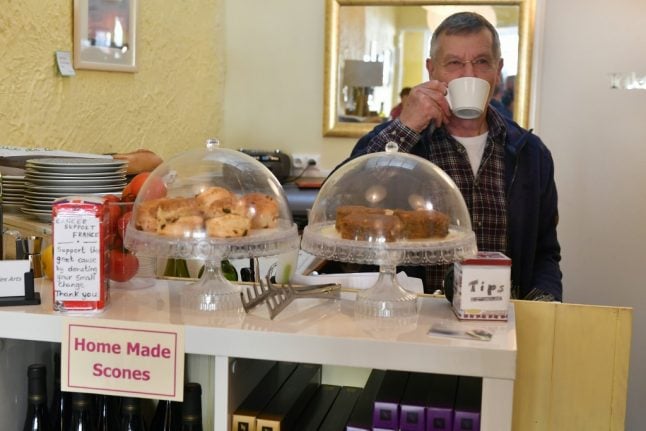 Fancy a new café in your village? Photo: AFP

The bid is being put together by Groupe SOS, a social and environmental charity that is looking at ways of reviving a sense of community in small tows and villages in France.

The group has launched the 1,000 cafés project online and is encouraging local mayors to apply for funding.

Groupe SOS president Jean-Marc Borello – a former tutor of French president Emmanuel Macron – said: “The village café was once a central meeting place for inhabitants, but [nowadays] it has commonly disappeared.

“[These places] will also be a meeting place for local associations, cultural events, and a community space for elderly people. This is not an original idea, people have been talking about it for a long time. The difference is that we have decided to give it a go.”

The scheme has government support and is part of the Rural Agenda that was launched in response to the feeling that much of rural and small-town France has been 'left behind' by the major cities.

One of the major grievances that sparked the early days of the 'yellow vest' protests was the feeling that law makers in cities had no idea how hard life could be for people living in small-town France, often with limited job opportunities and few or no public transport links.

Smaller places in France have recently seen cuts to important services such as trains, schools and health services.

Many rural ares are now classified as 'medical deserts' where access to healthcare is severely limited.

“The situation in small to medium-sized French towns is bad and for many of them it is getting worse,” Olivier Razemon, the author of a recent study called How France Killed Its Towns, recently told The Local.
“People are continuing to leave these towns, leaving housing vacant, and businesses struggling as a result of a declining customer base.”

The 1,000 café scheme is open to any commune that has fewer than 3,500 inhabitants. It must have either no café or a café that is threatened with closure, and needs a vacant space that could be converted into a meeting place for local people.