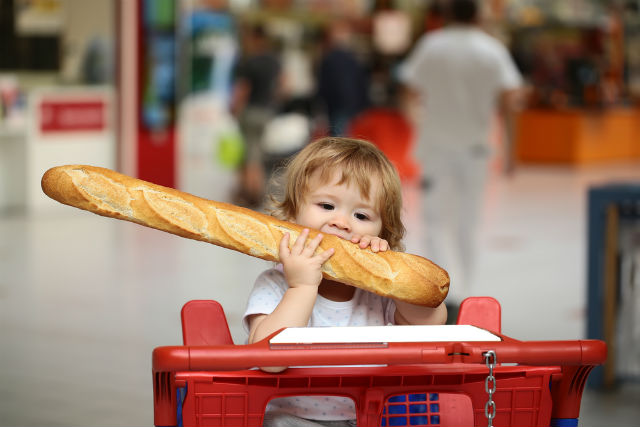 In France in 2018 Emma was the most popular name for a baby girl, while Gabriel topped the chart for boys – again for the second year in a row.

Although one of France's most famous literary creations – Madame Bovary – has the first name Emma, the name has not been a common one in France. Actress Emma Watson was born in France and lived here until she was five. Photo: AFP

Often thought of as a classic English name – where it has also repeatedly topped the charts for baby names – Emma actually has a Germanic origin.

Second on the list of most popular girls' names for 2018 is Jade – which has Spanish origins – followed by the classic French name Louise.

For boys the more traditional French names dominate, with Gabriel top of the chart after 5,419 boys were named Gabriel in 2018.

Gabriel was followed by Raphaël, Leo and Louis in the top four, all  of which featured towards the top of the 2017 list too, showing that the classic names are still popular for boys.

There were also 1,169 sets of parents who picked the name Aya after the singer behind chart-topping hits such as Djadja and Pookie.

But in terms of celebrity naming we're still a long way from 1991 when French parents turned their backs on traditional Gallic names and went absolutely mad for the name Kevin.

That year, some 14,087 bébé Kévins came into the world in France, with the accepted explanation pointing to two Hollywood films.
Dancing with Wolves, starring Kevin Costner and Home Alone, whose main character was Kevin McCallister, played by Macauley Culkin took to the screens worldwide just one year before.
Until 1993, French parents had to choose their baby's name from a list of names deemed acceptable by the state.
President François Mitterand scrapped the list, and French parents were given more choice, but the authorities can still block a name choice if they consider it against the child's best interests.
Names that have been blocked include Manhattan (good thing the Beckhams didn't live in France when they were naming their children), Titeuf (after a cartoon character) and Nutella (after the chocolate spread the the French sometimes go literally mad for).
And in a move that infuriated Breton traditionalists, a couple from Brittany were barred from naming their baby Fañch – the Breton version of François – because it contains a 'non French' character, the 'ñ' with a tilde.