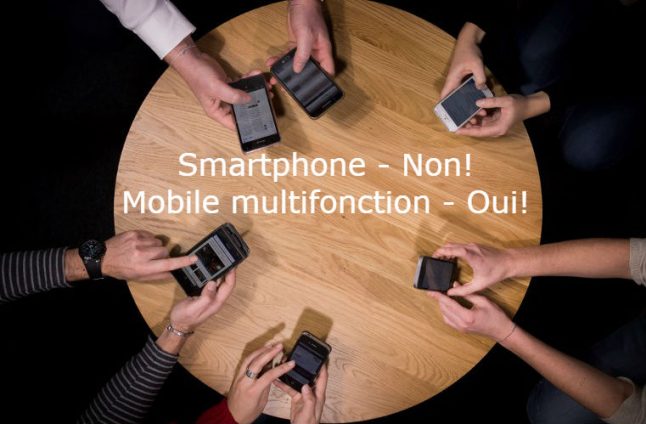 The battle to protect the French language from the influence of English is a well-documented one.
An open letter published in Le Parisien on Monday, written by French language collective (Le collectif Langue française), and signed by 100 signatories, urged the French president to protect the French language in what is just the latest attempt to stop the increasing use of English words in France and other Francophone countries.
“The French language is in a bad state. Stifled by the influence of British and American English, French is being ousted,” the letter states.
It goes on to ask the head of state to set an example, including by choosing not to use English abroad, and not using English in France in order to discourage visitors from using a language that has been 'deserted' by the country.
READ ALSO: The letter states that it is up to Macron to “interrupt the suicidal march” towards making English the second official language of France.

Macron is known for speaking fluent English and has given speeches, and interviews to the foreign press in English.

This sets him apart from his predecessors. For example Francois Hollande, who was mocked in 2012 when he wrote to US President Barack Obama to congratulate him on his re-election and signed off with the words, “Friendly, Francois Hollande.

Meanwhile the French language guardians have been fighting a long-running battle to rid France of the influx of English words, especially in the realm of technology, although this has been hard and, some would argue, futile.

One of the words which particularly raised their hackles is “smartphone”, which they attempted to replace with the not-so catchy “mobile multifonction” back in January 2018.
The body known as the Commission d'enrichissement de la langue française, which works alongside the famously proud and often grouchy Academie Française, urged French speakers to use the word “mobile multifonction” instead.
READ ALSO: Photo: AFP
Thankfully they were happy for French speakers to use the shortened version “mobile” however it is still rare to hear this used instead of “smartphone”.
Before pushing the use of “mobile multifonction”, the commission had previously successfully trying to launch the terms “ordiphone” and “terminal de poche”.
In 2017, the commission of language enrichment ruled against using English words such as “gamer”, “fake news” and “dark web”.
Instead the French were told to use “joueur”, “internet clandestin” and a completely new word “infox” for fake news. Although it doesn't appear to have taken off, with the term “faux info” still far more common.
Nevertheless the fight is not over, with the letter in today's Parisien highlighting what's at stake.
“It's about our national identity and the future of Francophone countries,” it said.
French words to know (according to French language guardians)
Smartphone – un mobile multifonction
Email  – un courriel
Hashtag – un mot-dièse
Spam – arrosage