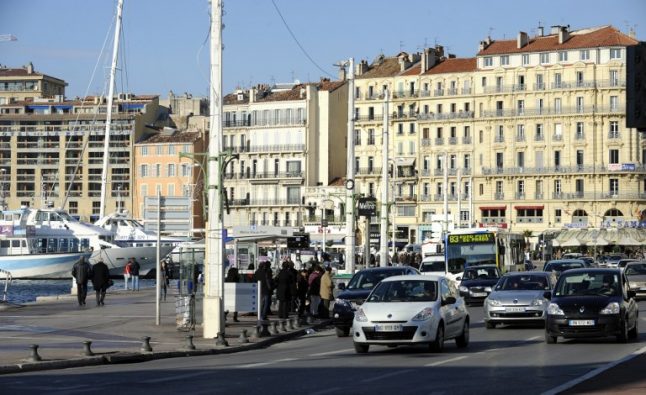 France’s new draft law on mobility is calling for drivers in towns and cities across l’Hexagone with a population of more than 100,000 to pay up to €20 to use their vehicles during rush hour.

The measure, spearheaded by French Transport Minister Elisabeth Borne and unveiled by French political magazine Contexte on Wednesday, has been welcomed by some French municipalities trying to tackle traffic congestion and pollution in city centres.

By contrast, many motorists have seen red at the prospect of having to cough up even more money for their daily commute.

A total of 14 areas encompassing more than 30 urban areas in metropolitan France have been unveiled as the first open to taking part in the congestion scheme by the end of 2020:

Although other large French cities such as Bordeaux and Nantes aren’t on the draft list, their local authorities have announced that they prefer to roll out paid parking rather than an urban toll at the entrance to the city.

Local officials in cities such as Toulouse and Lille have previously developed schemes whereby motorists who avoid peak traffic times are rewarded with financial remuneration for their selfless behaviour.

Paris Mayor Anne Hidalgo on the other hand has formerly been reluctant to establish an economic perimeter between the city and its suburbs, preferring instead for a toll to go beyond the borders of Greater Paris.

According to BFM TV, other targeted municipalities such as Grenoble and Lyons are reluctant to publicly endorse the congestion tolls in their current draft status, suggesting instead that alterations specific to their own metropolis will offer them and motorists a clearer idea of what’s in store. According to the draft law, local authorities will have a say on where exactly the congestion charge comes into effect and they may also decide on “periods or situations in which the tariff is not collected”.

The rate will be no higher than €2.50 for passenger cars and light commercial vehicles, however this figure could double for cities with more than 500,000 inhabitants.

That means that motorists driving into cities like Paris and Marseille could end up paying €5.

Larger vehicles would end up paying even more, up to €20 to get into the biggest cities and €10 to get into cities with more than 100,000 inhabitants.