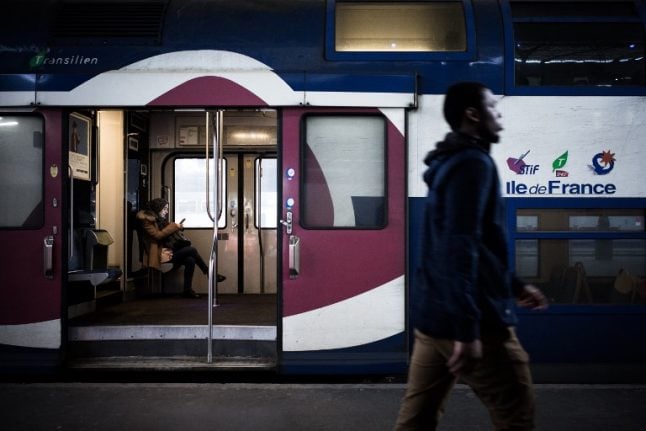 On Intercite services, most areas saw one out of three trains running except the Bordeaux-Marseille line where just one in six were operating.

For commuters travelling in and around Paris, SNCF planned to run every other train on RER A and RER B. But on RER B, which serves both Paris airports, users had to change at Gare du Nord.
On the RER D, where two trains out of five were circulating, the connection at Châtelet and Gare de Lyon was also suspended.
Thursday marks the seventh two-day rolling strike by rail workers and the 13th day of action overall.
The strikes have caused major travel headaches for the 4.5 million daily rail users in France although they are causing less disruption than when they first started on April 3rd when only one in eight TGV services was running.
Lawmakers in the lower house of parliament recently voted overwhelmingly in favour of a reform of the train network which will erode railway workers' privileges and change the status of the SNCF.
'I am going to see this through to the end'
Macron is hoping that the law will be passed quickly, undermining the  rolling strikes which are scheduled until the end of June.
He is largely backed by public opinion, with 61 percent of respondents to a  recent Ifop poll saying they wanted the government to push through the reforms.
In a recent television interview, the French president who had hardly spoken about the conflict publicly, vowed to stand firm. “I will go to the end of these reforms,” he said. “It is essential we go ahead, not to do so would be a political hypocrisy”.
“I believe, as the unions do, that we need a strong rail service, a strong SNCF, and I respect their struggle,” Macron told TF1 television in his first comments on the rolling strikes launched last week. Photo: AFP
“But I'm also asking them to fully consider the needs of our fellow citizens who have to put up with this, of the companies that could fail because of this strike,” Macron said.
“The right answer is not to abandon this reform, but to carry it out together,” he said. “But I am going to see this through to the end.”
But trade unions have vowed to continue their fight even threatening to continue to strike into the summer holidays.
The CGT union blasted him as “a hesitant president who didn't say much, who  in all likelihood has not got a good understanding of the reform plans, and  who, far from reassuring us, has strengthened the determination of the rail  workers”.
The unions object to plans to deny new SNCF recruits benefits such as jobs  for life and early retirement, and fear Macron's proposal to transform the operator into a state-owned joint stock company could eventually see it  privatised.
Rail users in France weren't the only ones suffering as a result of transport strikes on Thursday.
People planning to fly with Air France were also facing transport headaches on Thursday, with the airline forced to cancel 15 percent of its flights as a result of the ongoing pay dispute at the airline.