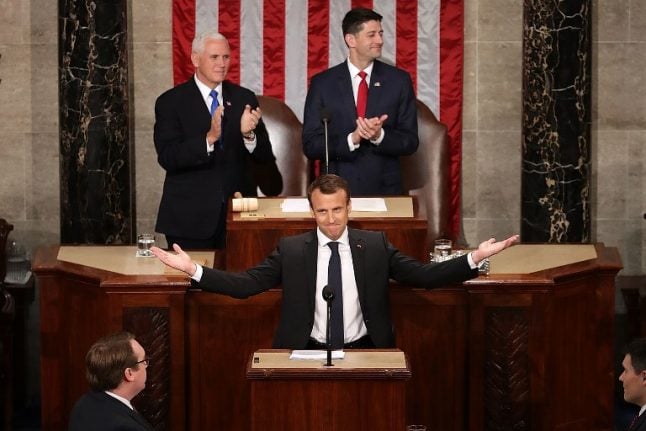 Macron shook hands with senators and representatives, and pressed his hand to his heart several times before a speech expected to touch on the two countries' shared history and international challenges.

“Our two nations are rooted in the same soil, grounded in the ideals of the American and French revolutions,” Macron said.

“We have worked together for the universal ideals of liberty, tolerance, and equal rights.”

SEE ALSO: Desperate housewives and gorillas: The Macron and Trump photos that got the internet talking After multiple meetings with US President Donald Trump and a lavish state dinner on Tuesday at the White House, Macron sought to expand on his world vision — and convince America not to retreat from the world stage.

“Today, the international community needs to step up our game and build the 21th century world order based on the perennial principle we established together after World War II — the rule of law,” Macron said.

“The United States is the one who invented this multilateralism. You're the ones now who have to help to preserve and reinvent it.”