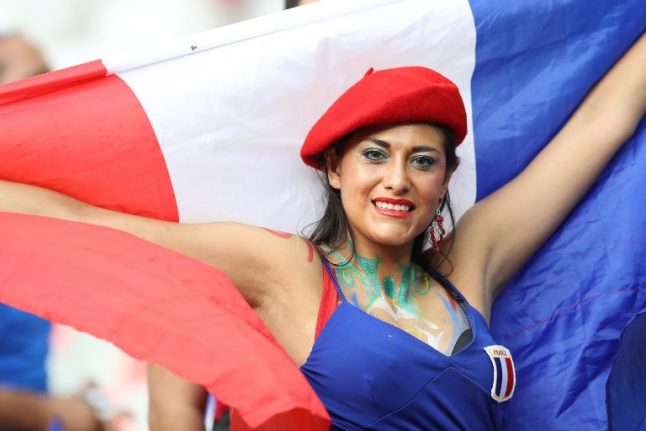 Everything you thought you knew about the French is wrong. Well, in many cases, anyway.

Here, we break down some of the worst cliches about the French that need to be dropped immediately.

They all eat snails

Ask a typical French person when they last ate snails, and they will probably have to think long and hard about it. Sure, you can eat snails. And there are loads of restaurants that sell them. But you’d have to seek them out, even in Paris where there are restaurants on almost all of the 6,000+ streets. This is just another of those tired stereotypes that somehow stuck. People have been eating snails since prehistoric times, and are also eaten in countries like Spain, Portugal, and Malta. Once again, you can find snails in France, especially Burgundy. Even snail restaurants. But it’s not like the French are obsessed with them. While we’re talking about snails, we may as well get the frogs’ legs thing out of the way. Yes, you can find them in France. But they’re not wildly popular either. In a country of 66 million people, the French only eat 80 million frogs legs a year – and remember that you need quite a few to make a decent meal. So yes, the French have an appetite for frogs legs, but not such a strong one to justify the cliche. And let’s not forget that frogs legs are also eaten in countries like the US, one of the biggest importers of the food in the world, due to its popularity in the south. As well as south east Asia. They all wear berets

Sure, some people wear berets. And even Chanel started pumping them out recently as a hot fashion accessory. But you’re more likely to see NY Yankee caps in France than berets, especially in Paris. Berets, from the south western Basque region of France, can still be spotted across the country, among the older generation – but you’ll be sorely mistaken if you think they’ll be on every head in France. Unless you go to a pétanque match in the south west and then they might be. The French all smell bad

That’s a bit rude, non? Why would a whole country of people have bad hygiene? Perhaps we can blame Pepe Le Pew, the smelly skunk from the Looney Tunes with a French accent. But in any case, while you may meet the occasional whiff of body odour in France, especially on the Paris Metro don’t forget that this country is far better known for it’s delightful fragrances than it’s bad smells. After all, the southern town of Grasse is the world’s Mecca when it comes to perfumes.

Having said all this, one survey from 2012 found that one French person in five only showers every other day. And 3.5 out of 5 admitted to showering just once a week.

They are all mime artists

What is this nonsense? Sure, actor Jaques Tati was famed for his miming, but so was Charlie Chapman, and no one thinks the Brits are all mimes. In any case, you could walk the streets of France for a decade and never see a single mime artists. Of course, there are some, but they're not so easy to find.

The French are all sophisticated eaters

There are two sides to the topic of dining in France. As we mentioned above, they’re not all frying frogs and guzzling snails. But that doesn’t mean they’re all savouring the finest of entrecôte cuts at fancy restaurants every night either. Yes France has amazing restaurants and fantastic cuisine but it also has lots of 'McDos'. In fact, did you know that France is in the top five countries (outside the US) when it comes to the number of McDonald’s restaurants? They also eat more pizza than the Italians and some recently “behaved like animals” to get there hands on a discounted pot of Nutella.

READ ALSO: Why do the French love McDonald’s so much? They are always eating garlic

Here’s another French culinary stereotype worth kicking up a stink about. It’s actually the Chinese who are often said to be the top producers and consumers of garlic, with some people eating up to 12 cloves a day, according to Trina Clickner, author of A Miscellany of Garlic.

They are all “cheese eating surrender monkeys”

It was thanks to US cartoon series The Simpsons that the French were given the nickname “cheese-eating surrender monkeys”, and the name has stuck. But aside from when they surrendered to the Nazis in WWII and refused to back the US in the Iraq War, France has overall been a military powerhouse. Since the year 387, they’ve fought 168 wars (won 109, lost 49) and they now have one of the world's highest military budgets. But people seem to forget it. Even the recent mega-hit movie Dunkirk was criticised for ignoring France’s crucial role in saving the British.

There are always rumours circling around in Europe – and even further abroad – that the French are a lazy bunch. It’s a pretty unfair reputation, and is probably thanks to France’s famous 35-hour week. In fact, “Why are the French so lazy…” is one of the most popular questions about the French that is put into Googles search bar. But the reality is, even though a 35-hour work week may be the law, most people in France work far longer on a weekly basis. Figures in recent years from the labour ministry show that actual average working week for full time employees stands at 39.1 hours.

Sure, a recent report found that only 4 percent of French people can speak “fluent” English. And sure, the same report ranked the French as the worst English speakers in Europe. But let's be reasonable here. The fact is that a lot of French people do speak English, but they just don't – either because they're too shy, too embarrassed by their accent, or perhaps just don't want to. Tourists who come to Paris thinking they won't hear a word of English will be surprised – especially among the younger generation – by how many people are willing to give English a go.

French people aren't rude, it's all just one big misunderstanding. That was the title of a recent article on The Local that explained why it's simply not true that French people are rude. This is one of those age-old stereotypes that people are quick to roll out, but it's really more a matter of foreigners no understanding the codes of French conversation, at least according to Julie Barlow, co-author of ‘The Bonjour Effect'.

And, as you might have guessed by the name of her book, the word bonjour has special significance.

“You can't have any interaction with the French unless you say bonjour, you say it in a meaningful way, and you give them a chance to say bonjour back,” said Barlow. By not waiting for a bonjour in return before you ask a question, “you're not giving them time to acknowledge or give you permission to continue the conversation.”

They're always on strike

It certainly may seem like the French are striking all the time, and it's true that there are often strikes going on – especially during the summer. But the truth is, it's mainly the fault of the air traffic controllers, the rail workers, and the Air France pilots, while teachers and civil servants also like to get involved . They're often using strikes to get their point heard, and their strikes are often intended to create chaos. So while you may feel hard done by while waiting for the next flight, remember it's not the whole country on strike.

All French women are thin

And lastly, you’ve probably heard the cliche that French women don’t get fat. How ridiculous. Of course they do. In fact, recent research showed that 40.9 percent of French women over the age of 30 tip the scales as obese or overweight.