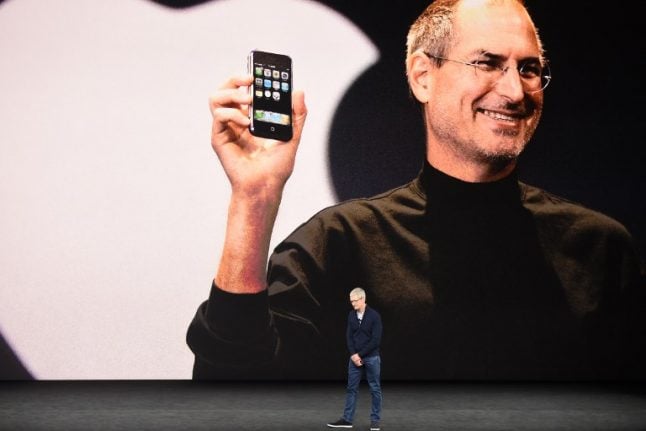 The environmental group Halte à l’Obsolescence Programmée (HOP – Stop Planned Obsolescence) also said it had no plans to drop its lawsuit after the tech giant apologised for slowing down older iPhones.

“Apologising is good but nonetheless there were practices that penalised a great many consumers,” Laetitia Vasseur, the co-founder of HOP, told The Local.

She said her organisation would continue to pursue the lawsuit it filed on Wednesday against Apple over its policy of slowing down older iPhones allegedly to encourage people to upgrade to newer models.

A law introduced in 2015 in France makes it a crime to “deliberately reduce the lifespan of a product to increase the rate of replacement,” a practice which is also known as planned obsolescence.

A prison sentence of two years is one of the possibilities for those convicted, but Vasseur said her group was not particularly interested in seeing Tim Cook or any other top Apple executives end up behind bars.

“The important thing is the possible fine of five percent of the company’s annual turnover” which Apple could be hit with if HOP eventually wins its case, she said.

The company currently has a market capitalisation of over 875 billion dollars (730 billion euros), making it the most valuable publicly owned company in the world. Vasseur said that so far about 2,000 people had contacted her organisation to complain about their iPhones.

“First, what we want is that the legal guarantee of conformity (for iPhones) is applied, because we’ve had a lot of people telling us that Apple will not take responsibility for faulty phones,” she said.

“Then we want the practice (of alleged planned obsolescence) punished by the law,” she added.

Apple did not immediately reply when The Local asked for comment about the guarantee claims made by HOP.

But the firm on Thursday apologised for its policy of secretly slowing down older iPhones, a move that came after a raft of lawsuits over the policy were announced in the United States, France and Israel.

The company said that the move was necessary to avoid unexpected shutdowns related to battery fatigue.

It also offered anyone with an iPhone 6 or later a battery replacement for 29 dollars, a discount of 50 dollars from the usual replacement cost. An Apple Store in France tagged by protestors with the words “Apple pay your taxes”. Photo: AFP

The lawsuits accuse Apple of using the policy to make people ditch their older models and buy the latest version of the iPhone.

But it is only in France that planned obsolescence is a criminal offence that carries a possible jail sentence.

Planned obsolescence is a widely criticised commercial practice, particularly prevalent in the electronics industry, in which manufacturers build in the expiry of their products so that consumers will be forced to replace them.

It is decried by consumer groups as being unethical and by ecological groups as damaging to the environment.

PARTNER CONTENT
Working from home? Have you considered your ‘tech blind spots’?
Url copied to clipboard!